The White Lotus - aka Soma rambles about fighter pilots again

Over the last few days I've been thinking about how to ICly handle the sorts of super aces most PC pilots will inevitably turn into over the course of dominions/etc. without falling into the trap of lumping them all into one squadron like the Rogues. I think I may have a suitable idea. I call this idea The White Lotus.

White Lotus fighter pilots are the best of the best of Atrisia's Navy. They are a social class of their own within the pilot corps, those honored by the Emperor himself for their repeatedly demonstrated valor, skill and loyalty. However, the Lotus is not a position that formally exists within the Navy's hierarchy.

All Lotus pilots remain with their currently assigned squadrons in positions of leadership and mentoring, to better share their experience with other pilots. But, roughly 5-10% of the time outside of a major campaign, they are summoned together to discuss current fighter doctrines, drill together, experiment with new tactics and, when absolutely nothing else will do, pool their shared experience together as one force in times of need.

The Lotus thus becomes a community of peers made up of the greatest pilots from all corners of the Empire. I was even thinking they are the only pilots with traditional call signs rather than assigned flight reporting names. Picked for them by their equals, of course.

In addition, Lotus pilots are routinely tapped to test new equipment or receive higher quality, limited production 'ace custom' fighters. I thought of using the Four Heavenly Kings for inspiration on these variants, but nothing is set yet.

Any thoughts or critiques? I think this fits our needs of 'something awesome for aces to work towards' and 'not more rogue squadrons.' 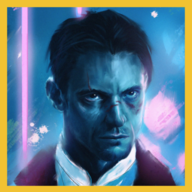 Glad to see we have a consensus on this! I've got a buddy chomping at the bit for graphic design commissions. I'll talk to him about getting an insignia done and work on a more formal write up. Then we just need our fearless leader to pick some pilots out to be the first chosen for the station ICly.

Character Bio
We have three pilots in this thread, these would be a good showing I believe.

Got the first draft back from my friend. Any and all feedback is welcome! Character Bio
Awesome! now only one question. can you make a ship that can fit an angels body?
You must log in or register to reply here.
Share:
Share
Menu
Log in
Register
Install the app
Top