The rise of the conqueror

Sorrick for many days had wanted to have a terrifying devastating ship that would be able to destroy his enemies swiftly . But more of in a different approach. He wanted to get a ship that could destroy and salvage other ships, a ship that could eat another ship. He would need to secure a base of operations the best would be utapau . Not to far from the action but not to close either. Unfortunately he was stumped who could he call ?

His forces then landed on the outskirts of utapau, setting up a secret base their for the time being, considering they had minimal forces needed to take a planet. Least they could is have a small post for his ship designer's to work at for the time being. looking at one of his senior officer's " call Koensayr Manufacturing , tell them I need huge amount's of Quadanium steel,." the officer replied " sir we dont have any way of making money. are you sure this is the best way to help the remnant get started up?" Angered he forced choked the officer with the reply of ​" if i did not know what i was doing then someone else would have decided to lead this notion , do not question me again, you do as your ordered and ill worry about the rest "

​Sorrick then done disciplining his officer released the officer with the answer he wanted ​" yes sir * cough * , I understand " "good dismissed " the officer fearful rushed out with a hurry to place a huge amount of this special type of duresteel he needed , The strong muscular sith could not remember what it was called though. What the new ruler did not realize was the ripple effect of that unusual amount of material ordered for the project. Even if he had no plan's about what the ship would look like at-least he knew what material's he needed.
@
@[member="Domino"] 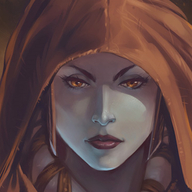 Character Bio
It wasn't the largest or most expensive order that had ever come across the desk of Koensayr's Acquisitions Manager's desk. But it was still an odd one. Companies usually ordered anywhere from a few hundred to several thousand units of something from them. Hyperdrives, conduits, avionic controls, and so on, the list was nearly endless. Several thousand tons of quadanium steel was an eyebrow raiser. He looked it over, checked the rep's numbers, checked the payment, and then he did the smart thing and passed it on up.

A few hours later and the message had made its way to the very nerve center of the Black Sun and the domain of their leader Domino. Who was in the bath, luxuriating in one of the few hours she'd manage to steal for herself when her datapad stared beeping at her. Usually her managers ran the manufacturing company with minimal input from her. It was nice, steady, and there when she needed something. This was easy enough, they'd buy the material from several of their suppliers, combine the shipment, mark up the price to their end of it, and pass the steel on to the customer. Still, that much bothered her. It was about the same tonnage of material that went into the Sun's own destroyers. Someone was either building a rather large ship, or something else just as interesting and Domino wanted to know what. Levitating her comlink over from the counter, she placed a call down to the hanger. "Hank," always good to know who was working for you, "Fuel up the Sangromancer and prep her for flight, I need to put in an appearance as Koensayr's executive."

It took nearly a week to gather and transport that much quadanium to the work site on Utapau. When the delivery came through dozens of bulk freighters and their escorts were dropping out of hyperspace above the planet. At their head was a tiny c70 Councilor cruiser carrying a rather intruiged Twi'lek business woman.

Seeing the various amount's of bulk freightor's carrying what he needed for his soon to be ship eater " At last " giving an excited sigh. Sorrick saw somthing it seemed a counciler ship had shown up for negotiation's. " commander patch me threw it seem's negotiation's are in order. power down on the few satelite defenses we have. I do not want any attention or our care packages destroyed" After making this clear the satelites powered down and the message was sent directly toward the twilek's ship.

" Welcome. land your ship's at the designated area's that are marked by our dim beacon's. Then we will talk in my office about whatever you need clarified. " he made a slim grin in his vong crab armor sending cordinates for his office . He liked bargaining and he loved the service of the company.The muscular warrior stood at attetion and gave one word of advice " our operation's here are secret and discreet i hope the company has enough respect to it's customer's wish's" the message was then cut off before the busniess women could speak.

Character Bio
Receiving confirmation from her, Domino's pilot led the small flotilla to the designated beacon area. However hers was the only one to land as the cargo ships and the smattering of their escorts remained floating on the repulsor lifts about a hundred meters in the air. Despite the rudeness of their communication so far, Domino was still willing to converse with this armored fellow. Though why people seemed to insist on wearing their armor all the time was beyond her, it stank of fear. Told her they couldn't trust the people at their backs or were always weary of ambush, usually because that was their plot in return. Or maybe they thought they had to be imposing and they needed help to be so. Whatever the case was here, it was clear that whoever was in charge only had the barest of ideas of what they were doing or who she was. Ordering vast quantities of material from a public company and the back-handing them when they delivered wasn't a good way to start. Especially when She was that company's owner.

Escorted into Sorick's presence, Domino appeared to barely spare him a glance before responding to his terminated transmission as she vacated a tech from his swivel chair. "Fret not little one, I've been keeping secrets to myself since before your grandfather's grandfather drew breath. A dozen plants provided the steel so no suspicion was aroused and even if it were, we're doing R&D." The irony of the Twi'lek calling someone nearly two feet taller than herself 'little' wasn't lost on her and it brought a slight smile tugging at her lip as she sat sideways in the chair. Turning to face him again, she lay an arm over the chair's backrest and gave the man before her a more thorough study. He was tall, physical, probably well trained, but he appeared largely untested and he didn't appear to have to much in the way of the force either. Unless he was hiding his abilities like she was. Never walk into a situation showing your hand, especially an unknown one.

"Right introductions, I am Mrs Natasi and I own Koensayr Manufacturing. Now I'd greatly appreciate it if you were to tell me what you need a few million tons of quadanium delivered in secret for, because I find myself very curious. And please don't tell me it has something to do with a super-weapon, those get so tiresome after awhile."
@Sorick Hoften
You must log in or register to reply here.
Share:
Share
Menu
Log in
Register
Install the app
Top