​Every year, a group known as the Ta-Kuma landed a mobile arena on the most dangerous of planets; this year. It was Littora, in the Interditional Zones, their shifting plates were notoriously dangerous. This made them incredibly dangerous, treacherous for any travellers.

​This made it a hotspot for these randomly located events, with fighters and spectators coming from all around the world. Tathra had been tracking their movements for a few weeks now, having their location. He could discover whether the rumours were true, if they had taken some of his people as fighters. He would find out soon enough if his time had been well spent.

​The Valkyrie hung in orbit as a single pod descended from the ship, rocketing towards the planets surface. The ship couldn't land the pod on the constant moving flats. It had to land somewhat far off, nearby. Which, also happened to be outside the range of the Ta-Kuma's scanners, but just within range of the ship lanes that were landing nearby to enter.

​It was time to infiltrate. Time to win.

Character Bio
The Marshall mingled with the crowd, awaiting to board a vessel to take them to this Ta-Kuma Arena. His hood up and head down, his face was mostly hidden. He doubted anyone would recognize him though, not many even knew who the Judges were outside the Coalition, let alone who the Grand Marshall was. Out here on the other side of the galaxy, he was a ghost. Dax wasn't about to take a chance on that though as the next transport came along. The man kept his head down as he boarded the ship.

Around him patrons bustled and spoke, some flaunting their wealth, many of whom certainly gained their wealth by rather unscrupulous means, other simply discussing the upcoming bloodletting, looking to satisfy their lust for death. Dax could relate to the latter, in a very distant way, but that wasn't going to stop him from finding out as much about this place as he could. 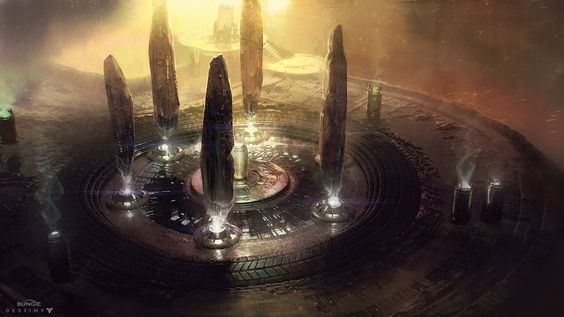 The Ta-Kuma arena was massive, split into a total of several massive circular platforms of various sizes called 'The Rings.' All of which were adjacent to each-other on various levels, held up by transport lanes and several massive artificial gravity generators. Each with several pillars filled with spectators. The arena's themselves were complex mechanisms with interchanging platforms and various traps such as ray shields, false floors, spikes, poisonous vapours and whatever creatures they had on hand.

​Safe to say, it made Geonosis look like Amateur hour.

Tathra had people inside of Ta-Kuma, namely Seimar and Neviere, two of his Promethean Guard; working behind the scenes to get him inside. He intended to enter as a contender, and fight his way through the ranks and claim his people back. It wasn't the greatest plan, but they simply didn't have the time to search through all of Ta-Kuma to find whatever may have remained of his people.

​Tathra arrived on the first ring, Sedikar. This was where all the low level fighters were kept, all the fodder and beasts. The higher the rings ascended toward the sky, the more victories they had; the more esteemed they were. Tathra had no doubt whatever Dravalan's remained alive in this place where on the higher levels. But, the first ring was only the beginning.

​The first of the fights started on the Sedikar, most never survived. 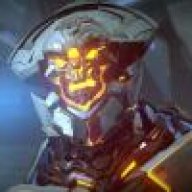 A strange place, the Ta-Kuma arena. It was full of Meatbags, who thought they could compete with a Jedi Killer. How Humorous. The competitors, true, were unique in their looks and style, but none could match up to Grievous II. He knew he'd win, as the rules didn't exactly restrict built in weapons, as long as they weren't blasters, the same with droids in general.

The rumors of the first fight's brutality was known to him at this point, and the fact that many normal human meatbags were competing was rather fun. It meant more practice for Grievous II to cut down meatbags, as if they were Jedi. It was going to be fun.

Let's see what these meatbags are capable of.

(Sorry for the short post, but I was a bit busy when I was invited into this thread by [member="Tathra Khaeus"] )

Character Bio
Dax stared into the Arena itself from the spectator's stands, slowly and carefully making his way around. The Rogue could already see that this wasn't some two-bit arena like he'd seen before in the past, but rather a well-funded and well-protected establishment. Something that had been hidden deep in the bowels of the underworld. Well, that is until Dax had found out about it.

A first glance Dax could clearly see the moving platforms that were designed to make the fights a bit more interesting. Hidden among this all, he could spot, if only barely, various traps. Fighters couldn't rely on battlefield prowess, the smart could lure them to traps of their own. Well this had gotten a lot more interesting all of a sudden.

At the moment Dax wasn't quite sure what his plan was. He knew he wanted to get into the fighters pits, but how he was going to get out? That part he hadn't figured out yet...

Character Bio
​Tathra wasn't shy of crowds, nor was he new to the sport. Yet, he felt as though his mind lingered elsewhere. As if drawn to the eyes placed on him, hoping for familiarity. Hoping to find his kin among these wretches. Perhaps, they were already dead. Perhaps, they were instead only on the higher levels.

​But, this place had more thugs and criminals than he'd ever seen in one place. Never mind he would no doubt risk the deaths of his kin if he were simply to assault Ta-Kuma. It would be unwise, sometimes patience was key. Though, he had no doubt he'd rise quickly through the ranks once his prowess was recognised by the masses.

​He had already been gifted a diagnostic of the traps and various types of movement used in the Arena's. But, the frequency and choices were completely randomised by via a computer. He didn't know what to expect, all he knew was that he was going to fight his way through.

​The arena matches begin as a total of three free-for-alls with two hundred people in each. When only fifty remain, the fighting ends. It was truly chaotic. The first of the three was about to begin, and Tathra was first in line. Carrying his War-Hammer in hand as his Indomitable armour wrapped around his chest and legs, ready for combat.

Character Bio
Dax leaned up against the railing as the first bout of fights were beig announced. Quietly, he tapped a button on the device mounted to his wrist, the ever so useful piece of tech beginning to record. Thank Sorjan...the child-Jedi really knew what Dax liked. As the first fighters were announced Dax straightened up, crossing his arms...well then...another Forcer...suddenly this fight seemed extraordinarily unfair.

Unfortunately for the Marshall, his activities hadn’t gone quite unnoticed. New faces drew attention and one as fresh as his was bound to bring about and inquiry. Try as Dax might he couldn’t erase his face and position from every database in the galaxy...the Marshall had been made. Behind him, guards slowly began to creep up, just as the fight was beginning.

[member="Tathra Khaeus"]
You must log in or register to reply here.