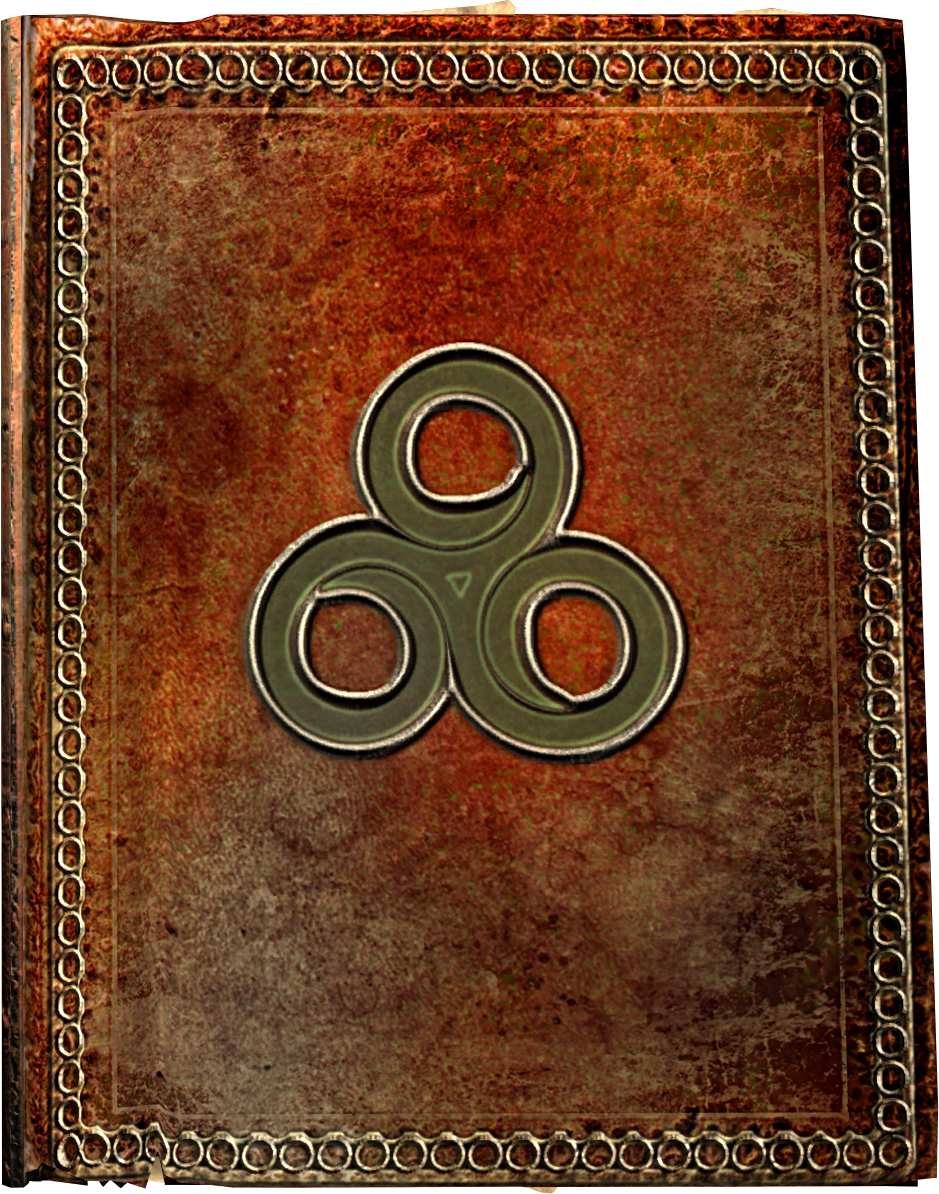 ​
Intent: ​
To add extra fanon background to the world of Geonosia, and add extra literature to the Templar Archives.​
Development Thread: ​
None.​
Manufacturer: ​
The Sakean Religion​
Model: ​
Leather Bound Tome​
Affiliation: ​
The Sakean Religion​
Modularity:​
New scriptures and hymns may be uncovered by archaeological expeditions on Geonosia from time to time.​
Production: ​
While original copies are now impossible to come by, the leather bound fifth edition was mass produced​
As a result, it can frequently be found in religious history holostores.​
Material: ​
The cover is made of synthetic leather, and the paper within it is made from trees imported from worlds such as Kashyyyk.​

Amazing Droideka, how sweet the shields,
That saved a droid like me.
I once was lost but now am found,
Was blind, but now I see.

T'was Droidekas that taught my heart to fear.
And Droidekas, my fears relieved.
How precious did that Droidekas appear
The hour I first believed.

Through many dangers, toils and snares
I have already come;
'Tis Droidekas that brought me safe thus far
and Droidekas will lead me home.
The Droideka has promised good to me.

His word my hope secures.
He will my shield and portion be,
As long as the Droideka endures.

Yea, when the droids and shields shall fail,
And command ships life shall cease,
I shall possess within the veil,
A life of Bantha meat.

Yes, when the droids and shields shall fail,
And command ships life shall cease,
I shall possess within the veil,
A life of Bantha meat.

When we've been there ten thousand years
Bright shining as the sun.
We've no less days to sing Droideka's praise
Than when we've first begun.

"The Sakean Prayer"
(To be recited before consumption of food)

Our Droideka, which art in Geonosis,

Droideka be thy Name.
Thy Droideka come.
Thy will be done in Coruscant,
As it is in Geonosis.
Give us this day our daily Droid.
And forgive us our trespasses,
As we forgive them that trespass against us.
And lead us not into temptation,
But deliver us from Jedi.
For thine is the Droideka,
The power, and the glory,
For ever and ever.
Amen.

A mighty fortress is our Droideka,
A bulwark never failing;
Our helper He, amid the flood
Of mortal ills prevailing.
For still our ancient foe
Doth seek to work us woe;
His craft and pow'r are great,
And, armed with cruel hate,
On earth is not his equal.

Did we in our own strength confide,
Our striving would be losing;
Were not the right Droid on our side,
The Droid of Droideka's own choosing.
Dost ask who that may be?
Flying Droideka, it is He;
Flying Droideka, His name,
From age to age the same,
And He must win the battle.

And tho' this world, with Jedi filled,
Should threaten to undo us,
We will not fear, for Droideka hath willed
His truth to triumph thro' us.
The Prince of Darkness grim—
We tremble not for him;
His rage we can endure,
For lo, his doom is sure,
One little word shall fell him.

That word above all Droidly pow'rs,
No thanks to them, abideth;
The Droideka and the gifts are ours
Thro' Him who with us sideth.
Let goods and kindred go,
This programmed life also;
The body they may kill:
Droideka's truth abideth still,
His kingdom is forever.

"Our Droideka"
(From the Old Geonosia)

"Droideka An"
(A Sakean Prayer composed in Mando'a.)

-The general scarcity of flimsi copies of anything

-The Droids of SW, like real life droids, are usually designed based on their creator species. The droideka is not an original creation of the geonosians, but another species called the Colicoids, which, unless I have missed something, are not mentioned anywhere in your article.

-The origins of this religion are extremely a-typical, as the object of worship, at least from what I have gathered, is the design of the Droideka itself, which is described as divine. In religions where extreme importance is given to such craftsmanship it is usually a case of it's creator being worshipped and revered for ingenuity and wisdom, or it assumed that the origin of the design is divine in nature, usually in the form of a God giving someone a dream or command of how to do something. The way it is presented in this article, and again, I might have missed something because I just got out of a final and I'm not the best rested, is that the droideka gained noteriety for it's efficiency in it's use over time, and all 'divinity' of the droideka was assumed to the droideka itself.