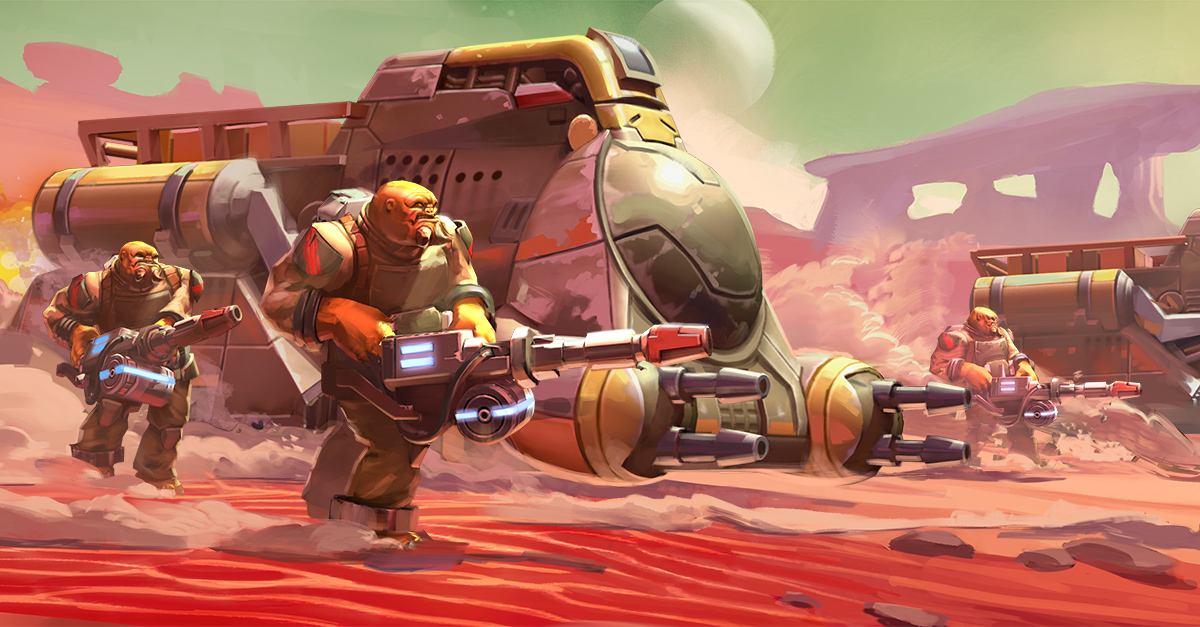 Dowutin Hunters, Massive Creatures, armed with Modified Starfighter Laser Cannons,
utilizing the Devilfish as Fire Support whilst they advanced on the enemy.​
​
Developed by the various minds within the Trade Federation, the TF01 Droid Armoured Transport; Devilfish Pattern, would serve as a Dedicated Armoured Transport for a wide variety of Soldiers - be they Organic or Synthetic in nature. Outfitted with a heavily reinforced armoured shell, the Devilfish was capable of shrugging off all but the most devastating of blows whilst ferrying its precious cargo towards their intended destination. Due to the modular design of its internal framework, the Devilfish was capable of ferrying a considerable number of battle droids into combat - so long as they could fold up and fit within the modular, rapid action deployment racks. Said deployment racks were fitted with an automated assembly that would swiftly deploy their occupants into battle - Four Battle Droids at a time. This assembly carried that ability forwards with more advanced and larger Battle Droids that were classified as Droidekas or Super Battle Droids - but the deployment rate was halved. What made the Devilfish unique amongst the many variants of Multi-Troop Transport was that it was capable of ferrying Organic passengers, instead of a complement of Battle Droids. With the massive deployment rack removed from its housing, the Devilish found much of its internal space devoted towards supporting Organic soldiers - which, like the Droidekas or the Super Battle Droids, could vary in size and number. In addition to the ability to ferry Organics, the Devilfish was outfitted with an Energy Pummeler - a device that would emit short-ranged but powerful lasers that would grind down enemy fortifications… quite literally delivering their precious payload into the heat of battle.
Last edited: Jun 24, 2020