Strengths
-he is a very good sniper, being able to take out most people before they reach him.
-combat specialist.

Weaknesses
-he is a older man and is not as good at chasing people or running from people.
-he hates the Jedi for killing his adoptive father and will attack most on sight, which will most likely get him into trouble. 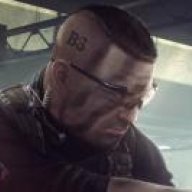 Character Bio
How did you find this? 'Cos I can't... Or my Adenn Gra'tua page either. I'll still try though.
You must log in or register to reply here.
Share:
Share
Menu
Log in
Register
Install the app
Top