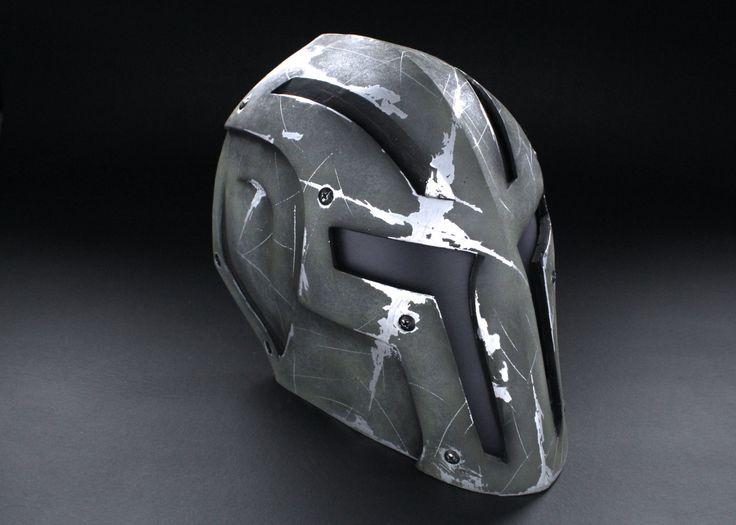 A very simple suit of armor by Mandalorian terms, the T'ad Pel'gam is designed for those who wish to become more attuned to The Manda, learn to control their Runi'verd gifts, or simply wish to better understand the Runi'verd and their capabilities. Lacking any mechanical augmentation or electronic support systems, the armor is intended to enhance the natural senses of the wearer and attune them to the living world around them. Most impressively, the armor is capable of performing this task even for ungifted individuals thanks to the incorporation of Witchblood Bracers (and the Blue Stone within said bracers) into the armor's design.

Already far more durable than would be expected, thanks to the imbuement of the metal and enchantments of the fabric, additional and far more mystic properties bless those who wear this armor with some, albeit strange, additional protection. The enchantments upon the fabric and the effects of the rune engravings within the armor itself produces an effect similar to Force Barrier, Protection Bubble, and Adiabatic Shield. While usually invisible, a thin barrier of energy covers the armor and the wearer within. Smoke, poisonous vapors, and other harmful chemicals and particulates are kept from effecting the suit or its wearer so long as the user stays out of a Force Nullification field. While this energy field is always present, it is only occasionally that a faint shimmer of orange-yellow light can be seen over the wearer's body. Usually, this effect is seen only when a particularly strong attack impacts the wearer.

While, in theory, the mystic shielding that this armor can produce could possibly be used to protect the wearer from the harsh radiation of space and could trap a small amount of breathable air around the wearer's body, the T'ad Pel'gam itself is not rated for use in space and should absolutely not be treated like a traditional suit of Beskar'gam in that regard. Though the addition of a skin-tight, void sealed bodysuit under the armor and a minor modification to the helmet can make accidental exposure to vacuum at least survivable, it is still highly recommended that individuals wearing this armor avoid intentional or accidental exposure to vacuum as it does not hold up to the rigorous standards that most Mando'ade hold their armor to.

The helmet shares the same imbuement effect and rune engravings as the rest of the armor, enhancing its overall durability, allowing it to withstand lightsaber strikes, and blessing it with the same protective barrier as the rest of the armor. A thin layer of cloth padding lines the interior of the helmet. Not just for comfort, this padding is enchanted similarly to the rest of the fabric of this armor. Unlike the protective enchantments on the rest of the armor, this particular blessing endows the wearer with enhanced perception and reflexes. This is lessened, to an extent, by the Force Mask that is also integrated into the helmet. When worn, the helmet provides exceptional protection from mental attacks from force users, but mutes a force sensitive's extra-sensory awareness. In an attempt to mitigate this, Kasha Crystal has been incorporated into the visor of the helmet. Together with the enchantment blessing the wearer with enhanced perception, the Kasha Crystal visor helps to maximize the wearer's ability to focus upon and process the information their eyes (and other normal senses) are gathering.

All of these ratings are pretty high. The bludgeoning resistance could maybe be knocked down to average. For semi-unique the rest seems completely within the realm of feasibility. Let me know what you think.

Character Bio
There's a few corrections that we can work on before I can stamp this.

So there's this weakness - Fabric doesn't do much to stop armor piercing bullets - but the rating states the cloth and leather fabric at High for piercing. Thus, it'd make sense if we dropped the rating there.

Just a clarification here for this weakness - Dampens extra-sensory perception (when wearing helmet) - while the strength increases reflexes with the helmet on it decreases sensory perception. Am I correct to take that while physical reflexes are enhanced, Force enhanced sensing is dampened as a price?

This strength - Above average damage resistance, particularly Lightsaber resistances - doesn't equal the Very High resistance to lightsabers. I'd rather drop that rating to High not only due to the description of the strength but for the sake of balance as currently the metal plated version is pretty strong along with the abilities this armor gives.

Other than that, I think the weaknesses cover fairly well the nature of light armor and overall the submission.

The fabric's protection rating to kinetic piercing vs bludgeoning damage is a reference to blunt vs bladed melee weapons and the suprising functionality of "padded cloth" armor's ability to withstand cutting forces in real world historic examples.

Also, yes on the helmet.

Give me a bit and I'll make some tweaks on the rest.

Ok. Tweaked the Nullification Weakness to be more in line with what you wanted, specified in the weaknesses section that the fabric has a Low Resistance Rating against bullets specifically, and dropped the metal plating's Lightsaber resistance to High.

Okay, that makes sense and looks fine to me.