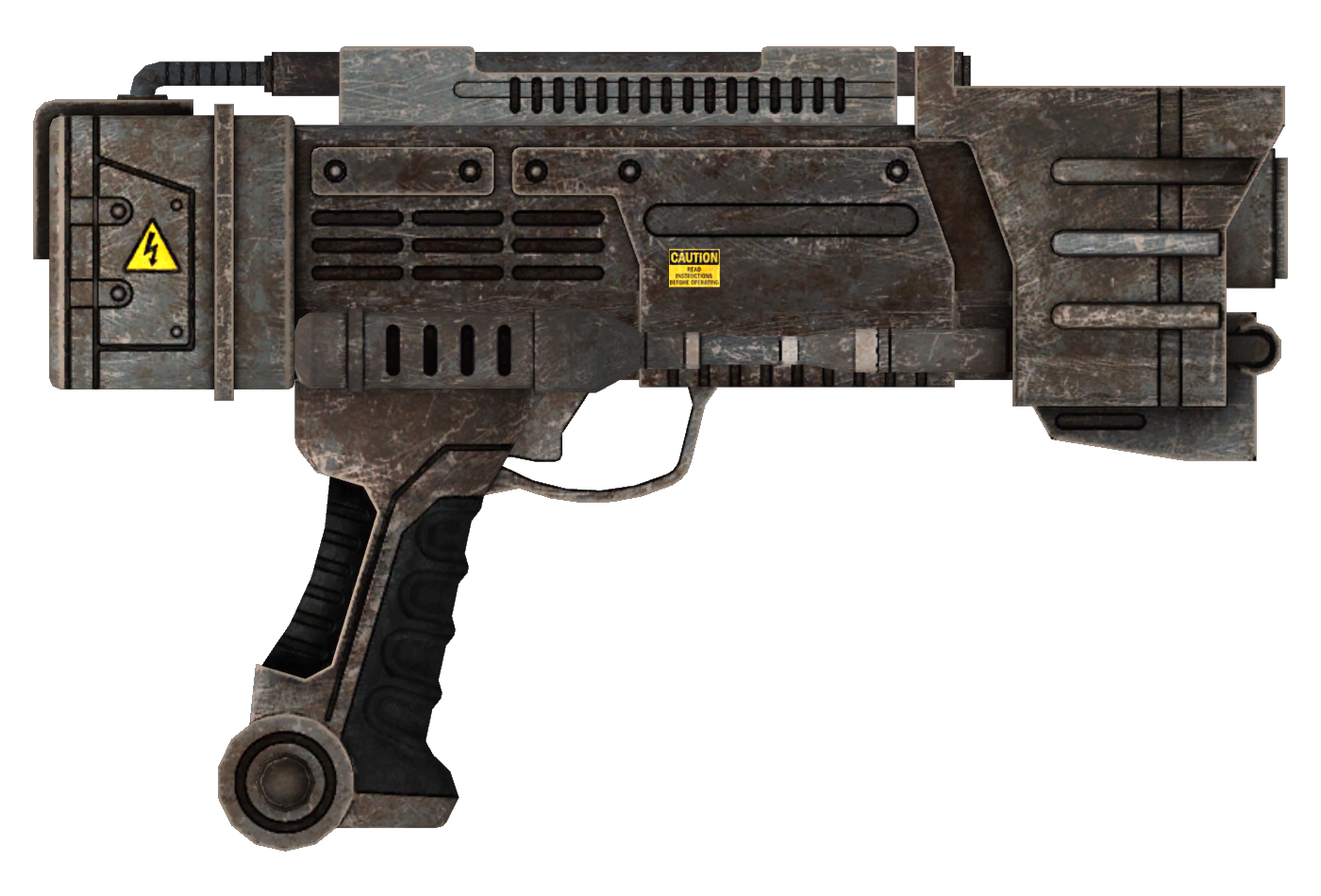 Intent: To develop a weapon that fires a beam of potent radiation.
Development Thread: N/A
Manufacturer: Subach-Innes
Model: Pistol
Affiliation: Independent
Modularity: No
Production: Minor
Material: Duraplast(weapon shell), Diatium(weapon internals)
Description: Subach has always been well in touch with the development of exotic weaponry, and the "Energon" radiation pistol is a splendid example. This weapon utilizes the natural radioactive power of a fission battery to generate a beam of high-intensity neutrons, capable of killing and irradiating tissue. The beam is constant, allowing for consistent application of radiation against the target. An issue, though, is that each fission battery gives a particularly limited amount of time of consistent firepower to utilize, limiting the weapon's potential in a real combat situation. The "Energon" is suitable for usage against groups no larger than a fire team, and then only if used in pairs. It does perform well at depleting energy shields, however, and the perforating power of neutron radiation can prove useful in penetrating through certain barriers to reach targets on the other side.

Yeah... One other issue is the radiation produced, strong enough that the company recommends wearing the radiation vest included with your purchase of one or two "Energons," in order to prevent accidental radiation poisoning from the fission battery when removed from the gun. Oh, and the only indication of where the shots go while firing is a small, laser pointer-like device. The actual shots, being high-power radiation and all, are not visible to the standard humanoid's eye, making firing through a penetrable object almost impossible to adequately aim with.
Classification: Other(radiation weapon)
Size: Handheld
Status: Military
Length: 0.3m
Weight: 0.8kg
Ammunition Type: Fission Battery
Ammunition Capacity: 5 seconds of continuous firing, can be set to fire 1 second pulses
Effective Range: 50-75m