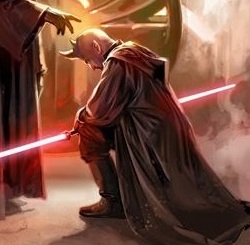 BIOGRAPHY:
Braxis was born in a large center on Dromund Kaas fathered by a widower named Teron Tzorian who was a hunter of the wildlife in the region. Living a simple life Braxis learned his fathers trade and became fond of hunting with vibroswords. At the age of 14 after exhibiting unusual powers he was examined and sent to Korriban by his father when found to have force powers, it was to be "A better life than a huntsman's"

At the academy Braxis excelled as a warrior, and remained undefeated by all other initiates. He showed exemplary ability in combat and was "sufficient" to pass through other testings, with high commendations he was sent off to a powerful Sith Knight for grooming.