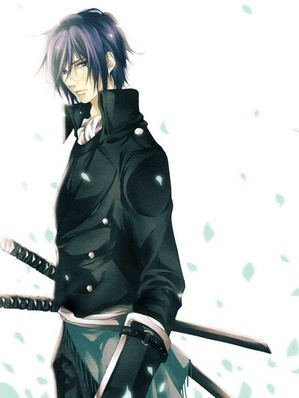 + Force Powerful: Sirius is very powerful when it comes to the Force even if presently he's had little training in the actual Force itself. This makes him very formidable should he ever get the training.


+ Hand to Hand Combat: Sirius is lethal when it comes to his hand to hand combat, and is a master at it even for one so young as himself, he's quite good at using his hands as lethal weapons.


- Untrained: Sirius has never had someone educate him in the ways of the Force Yet.


- Temper Temper: Sirius possesses quite the temper, something that could get him in trouble.

From about the age of 3, Sirius was chosen to eventually become the Emperor. Put into combat training, Sirius was taught a lot. By the age of six he had become very deadly with a blade and had nearly reached his full height. As his education continued to increase, Sirius became stronger and stronger. By the age of fourteen he had mostly finished his training. His education continued. Eventually he was put through the "Blade Master's Circle" which is a Narrikian Tradition that involved him facing down thirty men twice his size. Eventually he won. Time marched on and he met Lady Kay and learned about the Five Colonies, but decided not to join them. Eventually he has started to look for a suitable faction.

Sirius is a kind individual most of the time, loyal to those who are loyal to him and protective of his friends. This protectiveness can cause problems in battle, as he is more likely to rush to the aid of an ally leaving him vulnerable to attack. Sirius also doesn't want to lead the Narrikians, even though he knows he cannot simply quit the job, because he is Emperor by birthright. Sirius is stubborn, as once he sets his mind to a task he will not back down from it whatever the case may be. Sirius doesn't know much about the Force or the Jedi or the Sith, but is curious about both the force and the various technologies of the Galaxy. Still he knows chances are he can't exactly prove himself to be a suitable Emperor. Sirius is hard on himself, pushing himself to the absolute limits, and then some. Tendencies to be a workaholic are present in Sirius, as well especially when it comes to martial arts, sword play or skill with blasters he's constantly practicing. He works hard to make himself a masterful combatant.


Post the names of any bounties you have delivered and the amount of money you gained for it. If possible, include a link to the thread in which it happened.