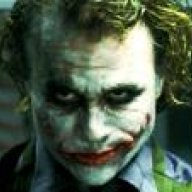 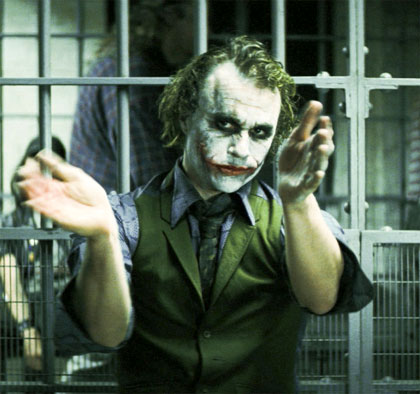 STRENGTHS AND WEAKNESSES (Required: 2 Weaknesses Minimum) :
+ Servus is a demolitions expert, fascinated by them from a very young age and forced to work with them through slave labor, he has picked up many a trick over the years. From being able to identify, diffuse, and make them from scratch, his skills in the demolition field are uncanny.
+ Can decently wield most firearms but his real strength comes from recklessly wielding anything he gets his eyes on. While he isn't going to shoot a person from a mile away with a sniper rifle, he would be damned if he missed out on the chance to shoot one.
+ Extremely agile and quick witted, his speed and awareness are very acute and he can remove himself from many a tricky situation should he be forced into it.
+ Above average intelligence, well, sort of. He has his moments of clarity where everything just clicks, and when he isn't having an "episode" and can think clearly he is usually quite bright.

- Suicidal and psychotic in every sense of the words, his life as a slave has corrupted his mind in the worst way possible. He is convinced that his life is not real and that he is being controlled by "The Writer" and all of his actions and thoughts are not even his own. He has psychotic episodes where he will lose sight of everything around him, often times sticking to nothing in particular, and going on crazy violent streaks that have no rhyme or reason behind them. He will often times be seen talking to himself, or in his mind, to the person controlling him.
- Dude could get beat up by most anyone who has had any formal training in fighting. That's why he runs away and surrenders when the situation gets out of his hands.
- Has been to prison in most star systems and is a very wanted felon, most times he is arrested on sight without any hesitation.

APPEARANCE:
Burn marks cover his face which he hides behind white paint and clown looking make up, this life is a joke after all, why not try and be funny like a clown? Not very strong, or strong looking for that matter, he looks to be quite homeless. Dirty clothes, green and stringy hair, he had not taken a shower unless forced to while in prison. His personal hygiene is non existent, often covered in the blood of someone he has just murdered, he makes no attempts to look presentable or inconspicuous.

BIOGRAPHY:
Jace was born on Tatooine to a family of slaves, an only child, he was born into slavery. Though he did not begin working until he was at the age of five, he was forced to live in poverty for the bulk of his life, and he watched as his parents were forced to work from dawn until dusk with absolutely no pay. His life, while hard and unfair, did not seem unusual to him as he only knew other slaves and was not allowed to associate with "free" children. From as early as he could remember he had always seen and heard things that were out of the ordinary, he would hallucinate, and he never felt like he was in control of his own life. It was like someone was controlling him and all of his decisions were pre-determined and thought out.

Small, frail, and terribly weak, Jace was not cut out for physical labor and he was convinced he was going to be killed by the slavers because he was not able to work like his parents. The only thing that saved him was a keen eye for explosives, the only thing he ever enjoyed, and indirectly saving a slaver who was mishandling dynamite. It was then that he was forced to create explosives to clear out rocks and mountainsides and as he grew older he was even tasked with doing the explosive work himself.

When he was twelve years old the incident that would forever change his life happened. While working on a type of explosive that would produce acid, along with an explosion, to wither away stronger rocks without wasting resources an accident happened and it caused the bomb to go off. Through a "miracle" Jace survived, but unfortunately both of his parents and the rest of the slaves in his housing area were all killed. This caused him to snap, losing all touch with reality, and no longer possessing any desire to live as a slave.

With his newfound outlook, Jace meticulous planned his escape, an escape that would kill his captors but would most likely result in him being captured and killed. His escape was from slavery, from life, and he could not die fast enough. After setting up explosives to collapse a cave, he reported a malfunction, and when the slavers came to see his incompetence he killed them all. Not just the slavers, but every slave that was in the cave, and he felt nothing.

Deciding he no longer wanted to die, but instead, wanted to rid the world of slavers Jace abandoned his name and labeled himself as Servus: a word meaning slave. He accepted the idea that he was born a slave, and since he had no control over his own actions, he would die a slave.

His acid burned face left much to be desired, so he decided he would wear make up to cover the scars, his real face. Escaping on a shuttle, Servus began his new life, a vigilante who only hunted slavers. For years he would slink around and slowly kill off anyone who he thought deserved it, but his ideals of who deserved it was most anyone, even the tiniest wrong look would send him into a frenzy and he would soon take their lives. He came to the conclusion that none of it was real, life, everything was fake. Everyone was being controlled by the Writer and their only real escape was death.

Countless lives lost, anarchy everywhere he went, he became a true agent of chaos and insanity. Losing sight of his original goal, he no longer did it for vengeance, he did it because he liked it. The panic of the sheep's, he was the only one who knew the secret, none of it meant anything. When they died, they went nowhere, because they never existed in the first place. It was all about freeing them from their slavery.

In and out of prison is where he spent most of his life, forced into seclusion due to the fact that he would kill other inmates for no reason at all. Countless psyche evaluations revealed that he had no touch of reality, but in his mind, he knew it was all fake and none of it mattered. How would he have survived the explosion? The story revolved around him, he was the main character, and he could not be killed no matter what the cost.

Character Bio
And with this the universe just got a lot more entertaining.

Character Bio
A lot of people are going to die...And I'm cool with that.