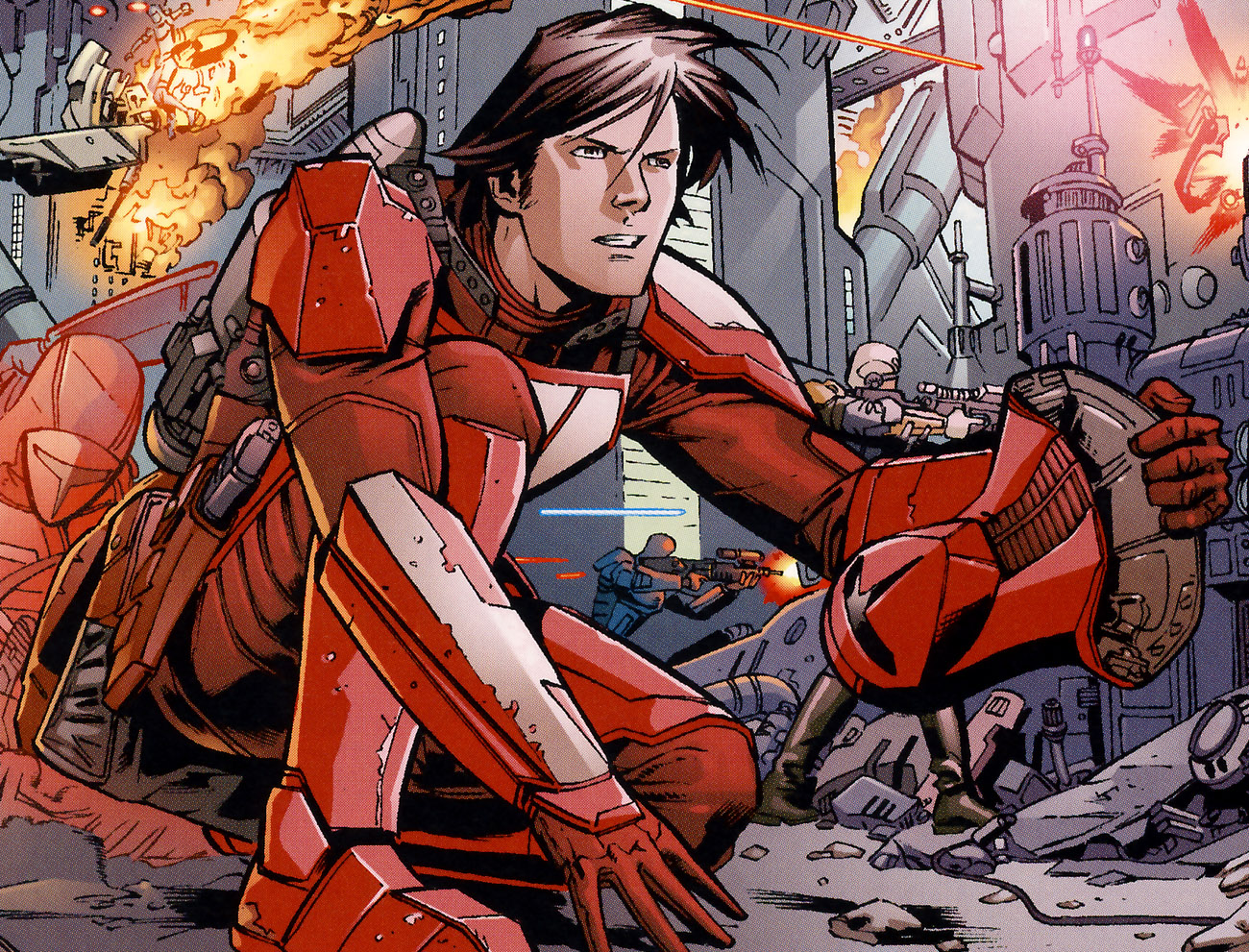 Image from Google Images
Intent: Provide Sarge beskar armor that would also conceal his identity.
Development Thread: http://starwarsrp.net/topic/4050-you-cant-stop-the-beatdown-sarge/
Manufacturer: Mandalorian armor-smiths
Model: NXG-1 Neocrusader Armor
Affiliation: Sarge
Modularity: Limited, similar to other Mandalorian armor
Production: Unique
Material: Beskar, Insulated Bodysuit Underlay
Description: Prior to Sarge's trip to the sentient world of Zonama Sekot, he'd flirted with the idea of disappearing from the face of the galaxy. Starting anew. To this end, he felt a need to wear an armor wholly different from that with which he was associated. As a fan of Mandalorian armors of the past, he commissioned Mandalorian armorsmiths to fashion him a suit of beskar in the likeness of the Neocrusaders of old; although he did add a pair of crushgaunts to complete the 'modern' look.

Beskar was never Sarge's first choice for armor, but as a man who always strove to be prepared, he knew that for the path he was about to embark upon, beskar was one of the best choices he could make in terms of personal protection. Having been fought and bested by a Force Using Mandalorian, he was all too familiar with the durability of the metal, as well as how easily one was able to maneuver while wearing it.

This armor, following commission, would take some time to smelt properly as beskar was notorious for having to be smelt in a precise manner by Mandalorian armorsmiths. By the time Sarge would return from his trip to Zonama, however, the armor was anticipated to be ready. Should certain paths be taken during his journey to the Vong world, the armor would have a more pressing need than ever before.

Still, even if this planned eventuality does not come to occur, Sarge will have access to something few would expect; his very own, personalized set of Mandalorian armor. Hopefully, the galaxy doesn't really remember the NeoCrusaders.

Character Bio
Approved, work was done. Dev thread is great, especially the part where the "sugar bear" gets beat down.