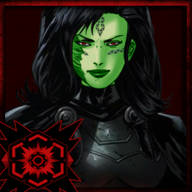 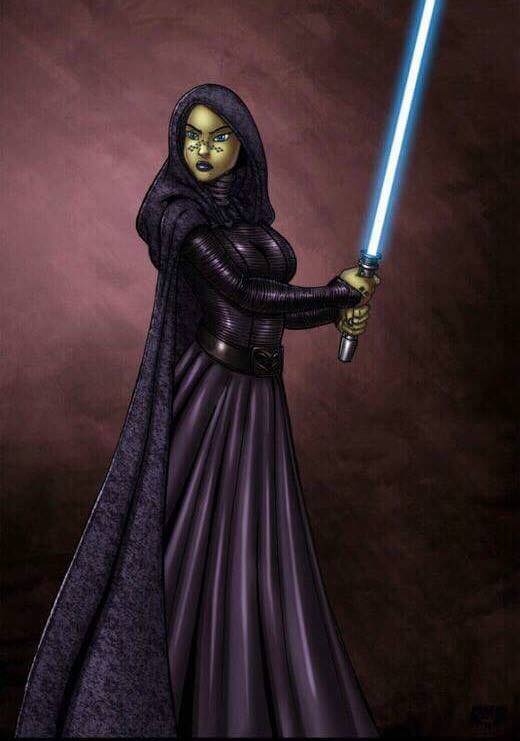 STRENGTHS AND WEAKNESSES:
Saka like many other Mirialans carry a air of grace and serenity to them, yet she carries a heavy load of trauma on her back constantly. She is an overachiever and is always looking to strive at every subject. As such she caught the attention of Jedi masters early on who took note about her drive to succeed, a useful trait for an aspiring Jedi.Behind a mask of serenity lies a anxiety ridden young Mirialan who is all too eager to please, leading to many breakdowns away from the watchful eyes of Jedi masters. She harbours a deep seated resentment for the Sith and seeks vengeance for her home planet which is under Sith rule. The young Mirialan has a natural aptitude for lightsaber combat and may prove to be quite the duelist if her talents are brought out to the best of their ability.

APPEARANCE:
See Avatar above.
BIOGRAPHY: Saka was born to Mirialan refugee parents who fled their homeworld for the desert climate of Tatooine, having spent the first two meagre years of her life in the capital of Mos Espa. She was soon taken by Jedi knights who sensed a natural sensitivity to the force in the baby. Her parents let her go out of a want to give the child a better future far away from the dusty streets of Mos Espa and the shady world of Mos eisley. Her only connection to her past is via her name, other than that she never knew her parents. The Jedi order being her only real family. She spent most of her childhood going through jedi training, excelling at many classes until the age of twelve where she was old enough to finally have a master.

In her youngling childhood she'd been bubbly and excitable—not to mention prone to causing mischief along with her close companions—though had grown out of her childish ways almost completely by the age of twelve when she first became a Padawan. Her Master, an old Mirialan man, had in retrospect not been the ideal match for the once very joyful girl as he had been drilled into her to repress her emotions. But no amount of scolding could completely clear off her old personality. Her first master perished in the fighting around Lothal years later, prompting the young Mirialan to be transferred around several times until being paired with the recently knighted @Iakchi.

Be carfule what you wish for 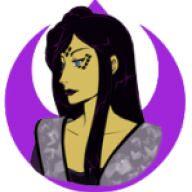 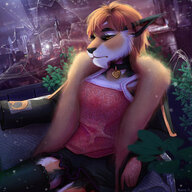 Character Bio
What an adorable OC.
You must log in or register to reply here.