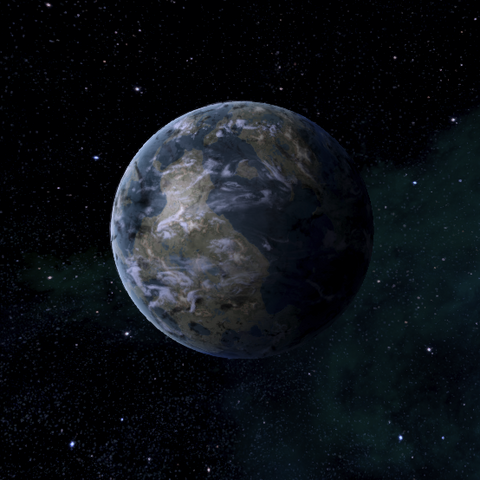 Native species: Solarians (will make this if the planet is approved
Immigrated species: Most other galactic species
Primary languages: Basic
Government: Multiple Federal Republic spread around the planets that is ruled by a central leader named the Dalatrazz
Population: 8.7 Billion (1.7 Billion in orbital stations)
Demonym: Solarians (Sul-Ari-Ens)
Major cities: Orionas,Lionas and Sur'Kesh Central
Major imports: Mining Equipment and Munitions
Major exports: Spies,Iron,Carbon,Steel and Burngrass,a soil-enriching and highly adaptable weed native to the planet
Affiliation: None (Omega Protectorate in the future)
Culture: The culture of Rikesia is centered around three main things,enviromental conservation,science and espionage. Very early in its exsistance,Rikesia spawned the Solarians,a race of amphibous lizard like creatures that evolved from quad-pedal lizards into bi-pedal lizard-like creatures. They had above average intelligence,even in their primitive days,and saw nature and science not as seperate but as two things that could co-exsist. Rikesian cities are built around the natural landscape and any mining operations are 100% envirometally friendly. For this to be achieved the people of Rikesia,dedicated themselves to the pursuit of science. Due to the small frame and physical weaknesses that plague the Solarians,they have only once had a full scale war,they tend to rely more on special ops,black ops and espionage teams to both fight and prevent wars.
Technology: On par with the rest of the galaxy
History:
The planet of Rikesia came into the universe in 500,000 ABY and the Solarians came into the world in 300,000 ABY.
Early History
Not much is known about the early history of Rikesia,due to the fact that the Solarians make science a higher priority that history,it is believed that they were at first nomadic tribes that roamed the natural jungles of Rikesia for animals and plants.

Technological Boom
Around the time of the Mandolorian wars,Republic deep space explorers discovered Rikesia and its natives. What surprised them was that Rikesian tech was more advanced than theirs,this caused Republic Military,Science and Polticians to the planet to discuss trade agreements that would allow agricultural trade for the Solarians and technological trade for the Republic.

Clone Wars
Due to the fact that the planet was considered a low-level threat by both the Republic and CIS,it was left alone and left unbothered by both parties and was able to develop new agricultural techniques to make themselves completely self sufficent. At this point the Solarians completely cut themselves off from the rest of the galaxy.

Gulag Era
Due to the fact that they had cut themselves off from the galaxy,the Solarians we completely unaffected by the virus. But the virus came to Rikesia none the less. It killed nearly 75% of the population before a scientist by the name Solus Mordin was able to develop both a cure and a vaccine to the deadly virus. But the Solarian Union,the biggest Rikesian Republics,made sure that the both the cure and vaccine was only used for the Solarians and then promptly destroyed them,to be able to keep their superiorty above the rest of the galaxy.

Current Time
Due to Rikesia's thinning natural resources and overcrowding,which is trying to be stemmed by building multiple orbital stations,due to these issues the Solarian Union reluctantly began trade talks with the nearest Galactic Power,the Omega Protectorate,which in exchange for raw materials and agricultural support,they provided their best black ops teams,spec ops teams,espionage agents and science teams to the Protectorate cause.@[member="Darron Wraith"]

Intent: To create a planet that the Omega Protectorate can use to find a good source of spies

Character Bio
@[member="Jacen Cavill"]
I've completely forgot about this until now. Ummm could you just keep it open for maybe 4 hours to a day?

Character Bio
I just wanted to make sure you hadn't forgotten bro, complete at your leisure! 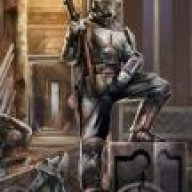 Character Bio
@[member="Dragon"]
Orbital period is a typo,that I thank you for mentioning,I'm a big ME fan and your not allowed to post in others factory subs.

Character Bio
Short of denying this, there's a lot of work I need you to do before this can be accepted @[member="Noah Corek"]

We'll get to the heart of the issue, then deal with the more minor aspects. I want you to gut this submission of all Mass Effect related information. This includes:

Due to the fact that they had cut themselves off from the galaxy,the Solarians we completely unaffected by the virus. But the virus came to Rikesia none the less. It killed nearly 75% of the population before a scientist by the name Solus Mordin was able to develop both a cure and a vaccine to the deadly virus. But the Solarian Union,the biggest Rikesian Republics,made sure that the both the cure and vaccine was only used for the Solarians and then promptly destroyed them,to be able to keep their superiorty above the rest of the galaxy.
Click to expand...

- This is a direct rip from the Mass Effect storyline.

I also need you to change the following, for the abovementioned reason:

If you know of anything I've missed then don't ignore it, change it.

Now that the plagurism is seen to, there are still further things I'd ask you to see to with this submission.

Firstly with regards to the co-ordinates, which need to be updated. Use this: http://3droid.com/wp-content/uploads/2011/02/essential-atlas-star-wars-galaxy-map.jpg
Next I'd like you to slightly lower the gravity of the planet, as it has a small planet-mass (which equates to less of a gravitational pull). The star type you were going for by "earth-like star" should be modified to be "G-Type Star", and can you put the orbital period in days.

Ontop of this can you change the following:

This is a lot of work to change, and honestly it may as well be a new submission in the end, but I'm willing to work with you on this.

Don't forget that the Factory is here for your imagination and creativity to be expressed. YOUR submissions should be comprised of YOUR work, something you can feel proud for having contributed to the site. Originality is key, so I'd suggest letting your imagination run before @ mentioning me. But when this is done, can you please mention me and let me know.