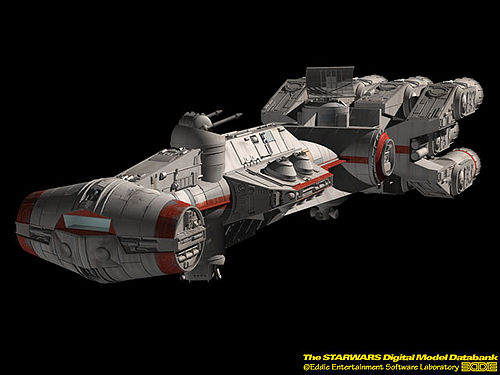 The single corvette exited hyperspace with a resounding bang. Well, as loud as a bang would get in a vacuum. Which wasn't loud at all.

Jak sat back from the comm panel and waited for a return reply. It was not long in coming.

Character Bio
Word eventually reached Popo about a corvette in system. Very few ships of such a size came into this area, which intrigued the Hutt. Normally, the largest ships in system were freighters and most of those dishonest ones at that. The ship's captain was given permission to lock into low orbit by Mos Eisley's spaceport and Popo figured it would only be a matter of time before someone came down to the planet.

Deep within Gajjulla the Hutt's palace, Popo waited for more information. Perhaps, depending on what this Captain wanted, he might send word to the individual in question about having a little... chat.

Taking the appropriated ship down from the autopiloted corvette, he belatedly realized it had Omega Pyre markings. Uh oh. I've got some explaining to do...

If Omega Pyre was friendly to these, he would assume the role. If not; he would fully explain why he was in command of an Omega Pyre corvette.

He touched down at what seemed like a likely docking bay. He went up to the dockmaster. "Hey, would you happen to have a bay about 200 by 100 meters?" he asked.

Credit to snowprincess-artist.tumblr.com for the bio photo, and Kaalia Voldaren for the tags!
You must log in or register to reply here.