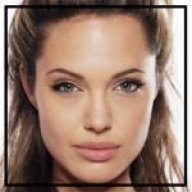 Born on Kelada, home of the smugglers. At the age of 8 snuck onboard on of the ships undergoing a retrofit at the space port, not realizing the ship would be leaving soon she fell asleep when she would up she was too far from home to be taken back. The smugglers weren't sure what to do with the young girl they attempted to take her back but blockades prevented them.

Smugglers live on the run, only if another run would take them back to Kelada would they return her to her homeworld. Afraid, and separated from everything she knew, she tries to help. The crew are patient in teaching her but she's a child and eventually they take her Coruscant where she spends the next 9 years in the orphanage too old to be adopted. She works the streets, picking pockets, thinking herself slick and street smart. She has enough attitude for three people.

But someone was smarter than she was. She's caught by Thaddius Omar who takes her in, having been in her shoes walked a mile in them he knew what it was like to have nothing. He owned a cantina called the King's Dominion. Two years later he died under mysterious circumstances, Rekha inherited the bar, changed the name to The Lucky Lady.

The Lucky Lady not only a name, but it also reflects the way Rekha felt about life she felt lucky. How could she have survived so much to land on her feet, and find someone who actually cared. She would not meet another until later.

The Sith have taken Coruscant Rekha has had to escape but where to go clad only in the clothes she wore, and her familiar Ewok slippers she gets on a freighter hoping to get to safety. The freighter is more dangerous than Coruscant fighting her way for days finally reach their destination. Rekha could not leave fast enough.

Here is where Dekken Fray enters her life, an once of kindness goes a long way and Rekha is not sure how to handle it. She only knows she needs it, and she needs to get back on her feet, and be independent once again.


Dev Thread
Cheers (Protectorate) [member="HK-36"] and [member="Siobhan Kerrigan"] get Rekha on her feet and bring a slicer @Jenna Templer to get her funds from Coruscant.
Come see me sometime at The Underground Bar or The Lucky Lady, and The Little Gem