INTENT
As conflict continues to crop up within and around the areas of space held by the Mandalorian clans, the needs of the Mando'ade for reliable machines of war have never been greater. From the constant threat of Sith and the crumbling Republic to the galactic west and the recently hostile Primeval to the north, to increased inter-clan conflict within the borders themselves, the Mando'ade struggle against the chaos of the galaxy at large. A recurring point of this chaos being the Yavin system. While the regular traffic of healers, refugees, and fighters between the Rekali controlled Yavin system and the rest of the galaxy has been primarily peaceful, the occasions on which a hostile force uses this traffic to enter Mandalorian space has become far too infrequent of late. While typically resolved swiftly by the Rekali clan, increased turmoil within the Mandalorian territories has lead to increased scrutiny upon the system. Wishing to help the Rekali clan secure their system and knowing that the solution will likely benefit other clans elsewhere in the territory, Mandal Hypernautics engineers set to work on a new heavy patrol craft. After reviewing numerous reports from the Rekali clan and the Hyperion Security forces that operate within the Yavin system and beyond, the engineers were able to identify the key features that their new creation would require. The vessel would need to be more durable and versatile than a standard starfighter, easier to maintain than a corvette, and with superior combat capabilities than a traditional patrol craft. Looking to the most recent and successful of Mandal Hypernautics products for inspiration, the team of engineers examined the Myrkava MBT, Beskad Starfighter, Cabur MkII Starfighter, Tegaanalir Patrol Ship, and Prowler-class Corvette to find which elements of each design best enabled those war machine to excel on the battlefield.


DESCRIPTION
The Rekali-class Space Superiority Fighter is the result of a year long project to revolutionize the Mandalorian war machine with an asset that can enhance the combat capabilities of both the largest and smallest clans. Roughly three times larger than the typical starfighter, yet significantly smaller than a traditional corvette, the Rekali sports what Mandal Hypernautics' marketing division advertises as "the ideal combination of speed and durability." The ship consists primarily of a Matrix Armor Hull built on top of an Alusteel Frame. Layered on top of the hull are plates of composite armor identical to those used on the Myrkava tank. Similar to the treads of the Myrkava, the wings of the Rekali are comprised mainly of a Beskar-Tungsten Alloy that is highly resistant to damage. Also borrowed from the Myrkava design, the cockpit window of the Rekali utilizes the same Beskar-Glasteel Alloy as the Myrkava Main Battle Tank.

Requiring a shielding system capable of matching the durability of its armor, the Rekali-class utilizes Mandalorian Retribution Ray Shields in addition to a secondary set of Thermal Deflector Shields. Uniquely protected in combat, the Rekali's retribution shields, while only moderately durable in relation to other, similar strength shield designs, comes with the ability to reflect hostile laser weaponry back at the attacking ship. Though only a portion of the attack is reflected back, the shield is as drained by the energy damage as any other shield would have been by the attack. Further enhancing the durability of the craft, the ship utilizes the rugged Tenloss Fusion Reactor and comes equipped with Cap Drains and an Agrinium enhanced TTAA-C armor underlay standard, protecting the ship from a number of battlefield hazards, such as EMP, Ion Weaponry, Conner Nets, and Radiation. To protect the ship from more conventional warheads, the SIS-129 Guidance Jammer used on the Cabur MkII has been installed alongside a system of chaff and flare launchers.

Borrowing and expanding upon the Cabur MkII's sensor and electronic warfare suite with elements taken from the Prowler Corvette, the Rekali-class sports an advanced electronics package designed for optimal sensor strength while maintaining minimal sensor visibility. Intended for roles ranging from military, coast guard, police, and bounty hunter actions to mercenary work and frontier exploration, the Rekali includes a police Interrogation Module, distress beacon, a modular internal bay, and a highly modular weapon system. The factory default armament for the Rekali includes the same Light Repeating Mass Driver system as on the Cabur MkII, Gimbal Mounted to either wing alongside a Fixed Heavy Laser Cannon. On either side of the cockpit are the same Fixed Repeating Mass Drivers used on the Beskad Starfighter and a pair of Flex-Tube Launchers are mounted onto the ship's ventral hardpoints, each holding three Homing Missiles. The rear turret is equipped with twin Light Repeating Ion Cannons and the nose turret is equipped with twin Laser Cannons. In practice though, the combination of weapons available to Rekali owners is nearly limitless.

Intended to bridge the gap between a Starfighter and a military Corvette, the Rekali-class comes equipped with the bare minimum of living space. The cockpit pilot seat is capable of swiveling to allow the pilot access to a small bulkhead door which connects the cockpit cabin to a narrow corridor that leads toward the aft of the ship. A single bed, spacer's toilet, cramped shower, and a small sink are recessed into either side of this narrow corridor, as is a number of small wall-lockers, a weapon rack, and a field first aid kit. This corridor leads aftward until a bulkhead door connects it to the modular bay at the aft of the ship. Beyond that, a rear ramp can be opened allowing an alternative entry and exit from the vehicle. Behind the pilot's seat is a modular station that can be equipped with a secondary seat for a copilot, an integrated mount for an astromech droid, or a mainframe computer housing the droid brain of a Kebii'tra Aranar AGP. Whichever of the three is equipped, the station slides to the starboard to allow the pilot past the station.

While the Tenloss Fusion Reactor is both durable and reliable, it is not capable of functioning within a Zero-G environment. As the Rekali-class Space Superiority Fighter is intended for long range operations, an artificial gravity system is installed on the craft. This artificial gravity system is calibrated to always maintain a minimum strength gravity effect within the reactor housing. Should this effect be disabled for any reason, the fusion reactor will shut down. However, the reserve capacitors of the ship are designed so that they always maintain the minimum reserve charge required to enable to artificial gravity and re-start the primary reactor. In the event that this charge is lost for any reason, the ship is capable of deploying a number of solar panels that can be used to recharge the capacitors back up to minimum startup levels within only a few minutes at standard solar levels.


MODULAR BAY
1x Modular Bay with one of the following configurations 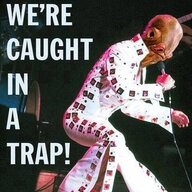 Character Bio
A great Design as always. For minor production you will need a 30 post forging and construction thread for the Beskar. It you make the production limited this will be 20. Of you can make it Semi-unique and make it 10 posts.

No sorry, it can not be used against the Mandalorian requirement. It has to be a forging thread for Mandos to use it.

Character Bio
[member="Captain Larraq"] May I Archive this till you get the Development done?

Sure.
​
"The Technology You Need, The Quality You Trust."​

Character Bio
[member="Captain Larraq"] PLease link your development in the post and we will approve it.