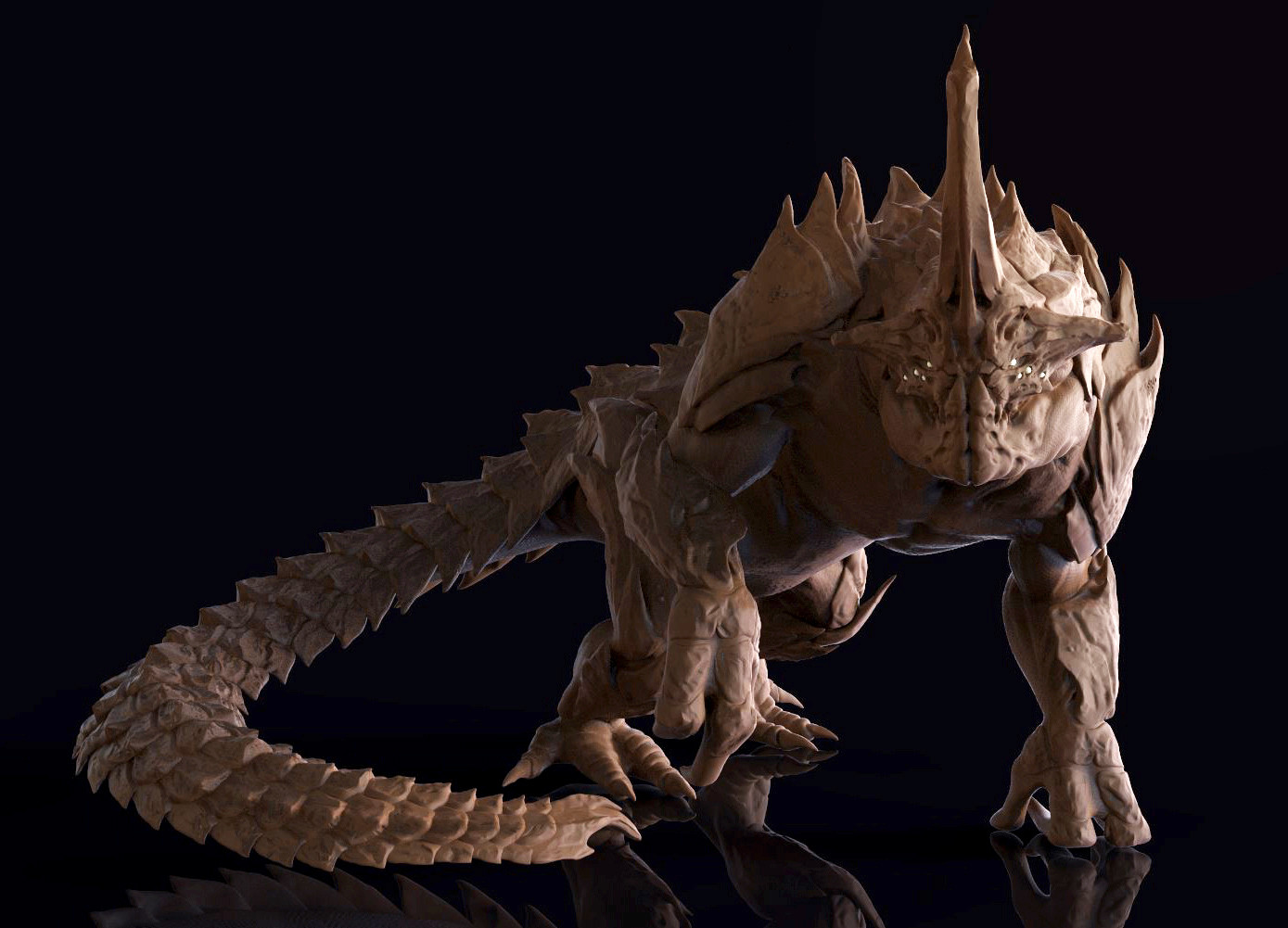 CULTURE
HISTORICAL INFORMATION
Velok the Younger engineered these gentlemen as a thought experiment, and because offworlders kept bringing large machines to his homeworld of Toola. He'd read ancient accounts of chrysalide rancors shredding the absolute apex of Imperial military technology, the legendary X-1 Viper. Chrysalide alchemy, which uses a literal chrysalis to modify an existing creature in potentially heritable ways, is almost completely unknown in the modern era. Fortunately, Velok had spent some time picking through the alchemist Warren Valik's lab, where he encountered chrysalide research. Once he took on the mantle of Sith Lord, Velok recreated the ancient chrysalis process and applied it here.

Drawing from previous reptilian projects (e.g. the tyuksleen), and from sithspawn samples taken at the Battle of Chandrila during the Galactic Alliance's fall, he put a rancor and a crocodile in a blender. The tricky part here was combining a pure reptile (a massive crocodilian subspecies) with a reptomammal (the rancor). He succeeded, but at the cost of the rancor's intelligence, which has been described alternately as semi-sentient and as capable of literacy.

The end result does some things he expected (rip walkers limb from limb; be stupid) and some he didn't (manifest far more comfort with submerged combat than on land). The latter proved a little irritating, as Toola is extremely low on liquid water and Svolten is unusually dusty. But Velok embraced the principle of 'it's not a bug, it's a feature' and began preparing the rancodins for deployment on soggier worlds. The rancodin is a decent war beast in most circumstances. In marshes and oceans, it's beyond lethal. Now Velok just has to figure out what could possibly be interesting about marshes and waterworlds.

Also, he gave one to [member="Darth Carnifex"] on general principle. Always good to let the Sith Emperor know that you can alchemize the crap out of things.

If your species is genetically engineered or Sithspawn please describe the process through which they were created, by who, and why in at least three paragraphs. Explain the various challenges encountered during their creation.
Click to expand...