Raise up a mando'ad in the way they should go, and when they are old they shall not depart from it

He stood on the edge of the desert, the sand blowing gently in the evening breeze. Desolation as far as the eye could see. Yet on the horizon shimmering mirages flickered and, depending on who gazed upon them, different and unique images came to mind. For him it was the fires that ravaged Dathomir a long time ago in a galaxy far, far away. But that was past, a galaxy or rather a dimension that he had been born to. This was his home now. As it had been for many years.

Sighing he turned from the mirage and looked upon the shuttle that was parked nearby, a table festooned with armor and weapons. Several droids stood nearby in sleep mode. Shaking his head he glanced into the sky awaiting his ad'ika who were coming to meet him here. The man was a Mandalorian, and wished to share his culture with his children. Blood or not, they were his family and it was his responsibility to care for them in any way he could.

Turning his head he caught sight of Puff flying through the air, lazily coasting on the air currents. This was the place of his birth, the desert. The man understood the joy the dragon had at returning to the wastelands. Muad had spent much time in the deserts of countless planets and it always seemed to soothe the soul. 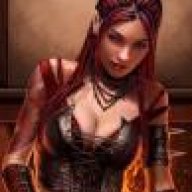 Deserts, her place where she was born, a place where she lost everything and was separated from her sister and her life forever changed some odd years ago. However this was the place fire and heat ruled! This is where the anya was born and created heated by the flames of the desert and cooled. She loved these planets the heat was so...calming

However she was here because her buir had called her to this place, and here she was. Her small ship slowly cane down to the dand below moving it everywhere before getting settling as she shut the engines down. She opened the hatch and took a minute. Basking within that heat as she ket a breath out before she reluctantly got out

i have arrived buir, what a wonderful place! 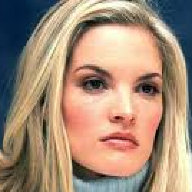 Character Bio
Returning to the desert was now not something Zesiro wanted to do. It had been several years ago when she had been asked where she would live if she could. Her answer then had been on a desert world. Now that had changed.

Her early life had been on Tatooine with her sister, Anya. They were separated when they were twelve and reunited about ten years later. That reunion had been a rough start, but in the end they learned, remembered and became sisters again.

Now here she found herself again in a desert, but she wasn't alone. Arriving here with her sister, they walked up to their adoptive father.

"Don't you mean, we have arrived, Anya?"

"What are we doing here?"

Character Bio
Starting as a single, little sparkle off the horizon Stalker One was speeding over the desert. Of course with the sensors and antennas that covered the craft Jatar was able to see them long before they knew that he was planet bound.

The reflective metal that covered the craft making it look like a small, flying mirage over the desert. He was very much new to all this. Only meeting their new "adoptive father" not too long ago after proving some worth to him in a fight against some angry aliens, and getting his new ship was an even more recent event for him.

Not much longer he slowed his craft as he closed in on the group out in the desert. Soon landing the craft there in a bit of a sloppy landing, still getting used to flying on his own. Then after which when he was on the sandy ground he opened the landing the boarding ramp. Walking down he saw the small group there and nodded to all of them. "Hello, Friends... I'm glad to be in your all's company." Jatar simply said to them. Awaiting to see what it means to be Mandalorian.

Objects In Mirror Are Not As They Appear
2 3 4

What will they learn from it?
2

They All Go Bump in the Night
2

Monsters are real. They Live inside Us.. Sometimes They Win [Past Thread]

Into the darkness they go