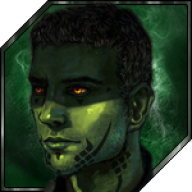 [SIZE=9pt]Strengths:[/SIZE]
[SIZE=9pt]Fast: [/SIZE][SIZE=9pt]The greatest asset that that AT-360 has are its engines. These engines situated on the back of the ships wings provide a massive amount of forward speed. Most of the ships power ends up here, and thus the ship is capable of outrunning most other starships. In addition to its normal engines the AT-360 comes Standard fitted with Ion Afterburners, these when in function add considerable speed to the already intensely quick AT-360 and make it easily capable of outrunning even interceptors.[/SIZE]

[SIZE=9pt]Maneuverability:[/SIZE][SIZE=9pt] The AT-360 along with its great speed was designed to have a massive amount of maneuverability. The ships 4 engines are each surrounded by a number of flaps that allow the thrust of the engines to easily change in the blink of an eye giving the AT-360 quite a bit of maneuverability in space. In addition the wings of the ship are able to shape and shift themselves to aid in atmospheric flight.[/SIZE]

[SIZE=9pt]Modularity:[/SIZE][SIZE=9pt] In its design phase the AT-360 was made to be easily customizable. To appeal to a broad range of people within the galaxy the AT-360 took the approach of having “open systems” so to speak. Most everything on board the ship is incredibly easily to access, change, and upgrade*.[/SIZE]

[SIZE=9pt]Weaknesses:[/SIZE]
[SIZE=9pt]Fuel Burner:[/SIZE][SIZE=9pt] The greatest and perhaps most annoying weakness of the AT-360 is the fact that it burns fuel at an extreme rate. Due to its four engines, its Ion Afterburners, and the fact that the pilots of this ship are most often careless and flashy the AT-360 tends to have exorbitant fuel costs. Of course since those fuel costs would be going back into the Arceneau Trade Company this was deemed acceptable by the higher ups.[/SIZE]

[SIZE=9pt]Lightly Armed: [/SIZE][SIZE=9pt]Like many light freighters the AT-360 is extremely under-armed for its sized. Though this is easily modified and changed with after market purchases the standard AT-360 has only four light laser cannons. These weapons are hardly fit for fighting pirates or anything much bigger than a flock of mynocks.[/SIZE]

[SIZE=9pt]Squishy:[/SIZE][SIZE=9pt] Along with its light armament the AT-360 is also notoriously lightly armored. Its Durasteel skin is quite thin and its Deflector Shield is said to be somewhat underpowered. It takes only a few dozen shots from even a light laser cannon to cause the AT-360 problems. This in combination with its light armament make the AT-360 heavily rely on its speed and maneuverability to get out of trouble, and certainly make it so the ship can't get into it...at least wisely.[/SIZE]

[SIZE=9pt]Description:[/SIZE]
[SIZE=9pt]The AT-360 was designed simply to fill a niche that was noticed within the market of current light Freighters. Though Silk Holdings and the Corellian Engineering Corporation both design freighters and transports suited for many in the galaxy their creations had a slight overlap that needed to be filled.[/SIZE]

[SIZE=9pt]The AT-360 was created to fill that purpose. The ship was mainly built for speed, as a transport it was created for little more than quickly transporting goods. Its design aspects lean towards those of large soaring birds, its huge wings containing ever folding and shifting flaps allowing it to turn and maneuver on even the hardest corners. It has a vastly more aerodynamic design than most starships which allows it to maintain speed both in atmospheres and in space. Its cargo hold, though not huge is more than enough to fit most small goods and deliveries.[/SIZE]

[SIZE=9pt]The back drop of this speed and maneuverability is the fact that for its size the AT-360 is quite vulnerable. The only weapons the ship has on board are four front facing Light Laser Cannons normally found on such ships as the X-wing fighter. It's only defense is a standard Deflector Shield generator which is rumored to be underpowered due to significant draw on energy from the power. As well, the layer of Durasteel that makes up the hull is quite a bit thinner than on other standard Light Freighters.[/SIZE]

[SIZE=9pt]Though the ship is famed for its speed, the AT-360 was also designed to be incredibly easy to customize.[/SIZE]

[SIZE=9pt]Like the now venerable [/SIZE][SIZE=9pt]YT-1300[/SIZE][SIZE=9pt] the AT-360 was designed by engineers to be easily modifiable. Every aspect of the ship whether inside or out is designed to be easily accessible. Its engines are easily changed, its cargo hold can be shifted around, even the bedrooms feature removable beds. Everything about the AT-360 was designed to be changed at the whim of the buyer*.[/SIZE]

[SIZE=9pt]This ability to be easily modified, even with its drawbacks, and the great speed that the AT-360 provides makes it an extremely popular ships with smugglers. The AT-360 is an incredibly fast ship with the capability of running most blockades, dodging patrols, and even outrunning Planetary Defense Forces Interceptor crafts.[/SIZE]

[SIZE=9pt]The AT-360 also comes with customization in regards to its fuel. The AT-360 is capable of taking both Tibana X and Spun Tibana making the ship much harder to track down. This added benefit of actually being built to the use of these two unique fuels make the engines burn slightly better than other freighters. This was a design specifically dictated by the Arceneau Trade Company, who produce these two highly unique fuels. Because of this particular customization option the AT-360 is well suited to smugglers and more stealthy missions.[/SIZE]

[SIZE=9pt]RATIONALE[/SIZE]
[SIZE=9pt](How did your character come to own and control the company? Did they make it? Hostile takeover? Clever political scheming? Please write at least five sentences in this field)[/SIZE]

[SIZE=9pt]Parent Corporation:[/SIZE][SIZE=9pt] ( If this corporation is a subsidiary of another company, please name and link that parent corporation here.)[/SIZE]
You must log in or register to reply here.

Swords, art, and small things make all the difference.