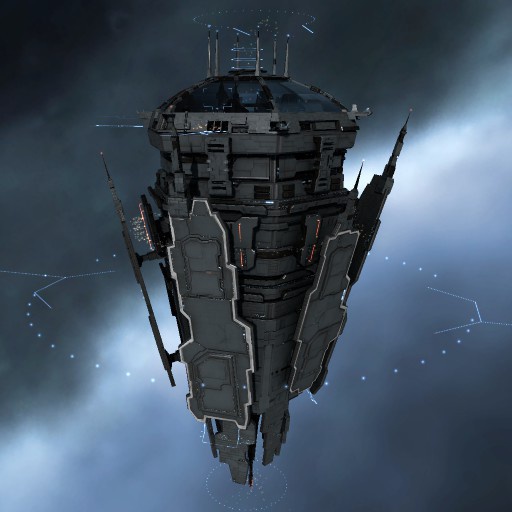 Image Credit: Here
Intent: To provide a concrete design for trade stations in Protectorate space
Development Thread: N/A
Manufacturer: Fondor Shipyards in conjuncture with Corellian Engineering
Model: Ro-class Trade Station
Affiliation: Omega Pyre with Galactic Alliance
Modularity: None
Production: Minor Production
Material: Durasteel, Glasteel
Description: The Ro-class Trade Station has been in use for more than a century, with the basic design created nearly one hundred years ago when Fondor began considerations of trade with other systems. As the galaxy continued to open back up, more stations were put together, though still only a handful existed. Once the then-Omega Pyre selected Fondor as its capital world, orders went out for more stations to be built for worlds throughout the territory. A limited hyperdrive is installed on all stations, which use it to reach their destination, after which the hyperdrive is decommissioned.

The Ro-class is a fairly standard civilian station, with all the amenities one would expect of a trade station. It possesses a varied suite of defenses, centered on its defense guns. Most of the flak cannons are situated around the widest part of the station while the quad laser cannons are spread evenly across the station. In addition, the Ro-class possesses five dual ion cannons and fifteen turbolaser cannons to dissuade larger targets as well as a permanent garrison of two fighter and one interceptor squadrons.

Its large hangers do have room for up to forty-eight freighters to be docked simultaneously, though this is its absolute max. To assist in the high-volume traffic that comes in and out of the stations each day, the Ro-class is armed with numerous tractor-pressor beams. Docking and undocking is done through a controlled, automated system to prevent collisions.