APPEARANCE:
Popo possesses reddish hued eyes and stands (or sits) at roughly four meters tall. He weighs around seven to eight hundred pounds and has mottled blue and tan colored skin. At home and abroad he wears thick, heavy, beskar armor, indicative of the Shell Hutts, though none know if he truly belongs to the clan at all.

BIOGRAPHY:
Popo was born into an unknown Hutt clan that subsequently saw a rapid downfall and was eventually wiped out in a series of "accidents" and untimely deaths. Popo alone survived the events and learned to operate in the shadows of society. Operating behind the scenes, Popo slowly built up his wealth over generations. Eventually, he purchased the rights to and became owner of The Wheel, a gigantic space station known for its sprawling city and innumerable casinos within the station's walls. He now rules The Wheel from the penthouse atop the central spire and has begun to look outwards into the rest of the galaxy for profit, power, and domination.

As time went on, Popo grew in power both in the corporate world and in the underworld. Soon enough, he rose to power in the Hutt Cartel, quickly taking the title of Cartel Boss for a time. During such time, the Cartel, Tenloss, and Popo thrived and profited immensely, often making entire years worth of revenue in mere months. It was not to last, however, as newer factions vied for power in the black markets. Popo eventually turned the criminal syndicate over to new, fresh hands and moved on. Political arenas and galactic power struggles called for him and, in a short time, he was elected Senator of Nar Shaddaa.

Though a new Senator and a novice to Republic politics, Popo dove into the Republic Senate and laws wholeheartedly. Unfortunately, his time of learning was cut short as the One Sith rose to power and invaded Coruscant. Popo joined in the fighting, dueling a Sith Lord and holding his own in the melee, but the fight was for naught as the Republic was defeated entirely. In the aftermath, the Senate was left with no leadership and began to flounder. Stepping up, Popo took the reigns of the office of Supreme Chancellor to lead the faction.

The time to come was bloody, brutal, and cost many lives. The Republic suffered greatly against the One Sith and fell victim to infighting and power struggles. Popo did what he could, but in the end, his best efforts only showed marginal gains and improvements. Realizing his time as Supreme Chancellor was nearing its end and knowing that the Republic needed newer, fresher guidance than he could contribute, Popo stepped down from his position and quietly faded into the shadows.

Now, he sits and waits and watches from his home on the Wheel. For what, none know, but what is certain that the Age of Popo may come again. It may come again soon.

SHIP:
Multiple skiffs, shuttles, and small craft to ferry him to and from The Wheel and out into the rest of the galaxy.

A Gem of a Business Deal

Back From the Dead

Back in the Saddle

Cleaning up the Books

A Meeting of the Hutts

@[member="Popo"] Good start! I suggest elaborating heavily on the biography, as that is the entire history of this character and something to play around with is more fun than a bland backstory and trying to go from there. If you could, check out my guy and tell me what you think: http://starwarsrp.net/topic/18443-karsh-lithern/

Character Bio
@[member="Karsh Lithern"]
I appreciate the help, but Popo's backstory is something that I would like to work on through roleplay and then expand as I go. I have a set path in mind, but I want to fluff it out with references, stories, and possibly even past RPs as time goes on. Sometimes bland backgrounds work well if you plan things out a bit and it makes your character look a bit more epic as time goes on since they started from something "vanilla" and moved on to great things and epic deeds.

I read your bio over and it looks awesome, mate! You can definitely tell you put a lot of time and effort in

@[member="Popo"] Sounds good! Thanks for reading over Karsh! 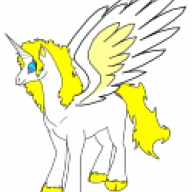 This is a really cool character. I like all the thought and detail put into it, I imagine having been on this place since 2014 means you had a while to develop it a lot.

I'm new here, and I have a question, I hope I'm not bothering you by asking. I'm just curious if I were to make a hutt character (which I'm thinking of doing) what would be an appropriate level of wealth and influence to give them? Because of course the whole point of the hutts is that they're...well, wealthy and influential, but I don't wanna go overboard and end up with a stupidly over-powered character, y'know?

Character Bio
[member="Neighdan"]
As much as you want, really. I just really started out as the CEO of a T3 corporation and moved from there.

Ah, I see. Thank you for responding!
You must log in or register to reply here.