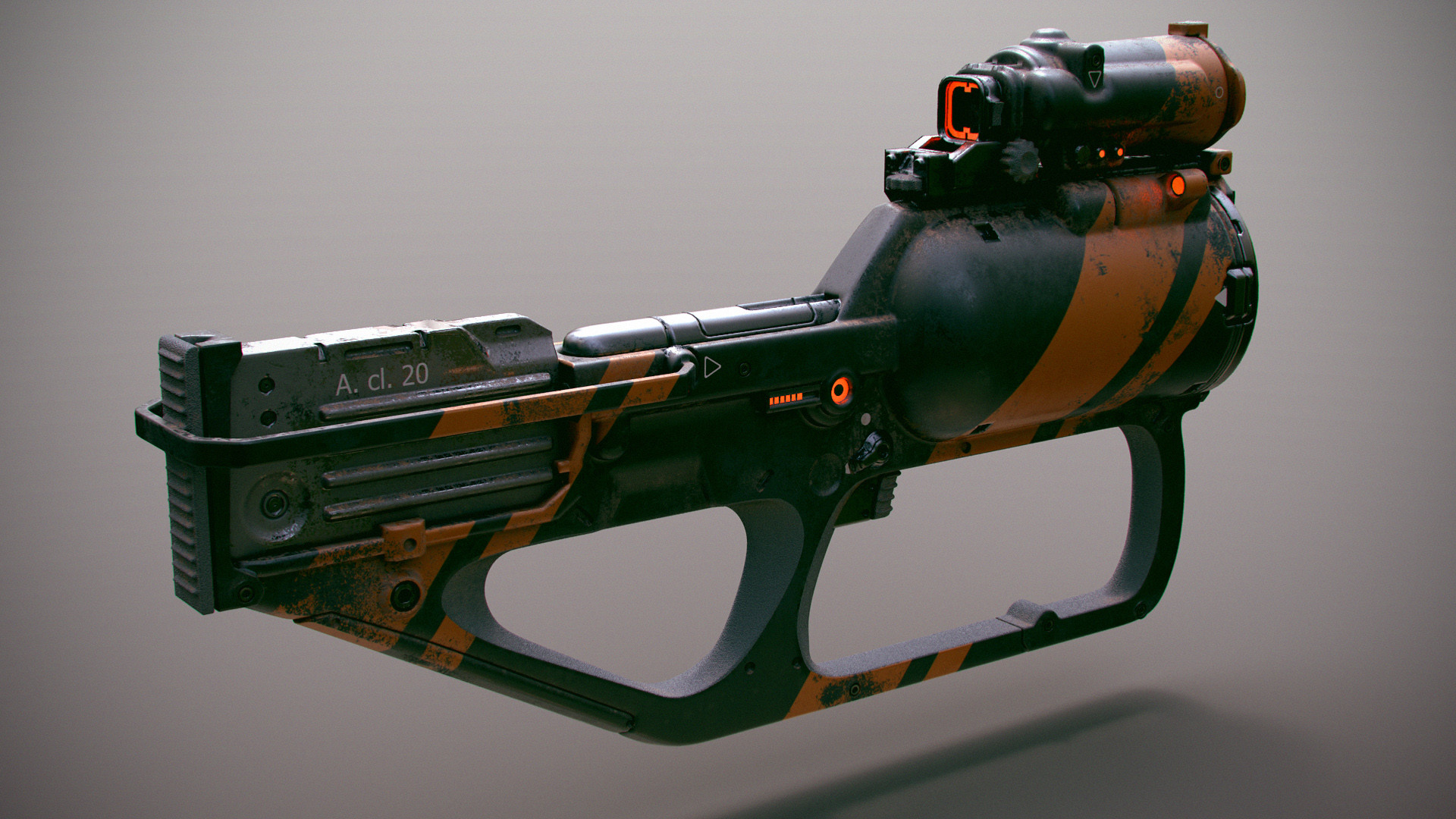 PRODUCTION INFORMATION
TECHNICAL SPECIFICATIONS
SPECIAL FEATURES
STRENGTHS
WEAKNESSES
DESCRIPTION
Mirdirmorut decided to make this SMG in response to their need for a number of short hand quick weaponry. The SMG itself is painted Orange and black. While this SMG is normally suggested to be used by the police on the stun settings, they are also happy to sell it to military or others as a secondary weapon especially when close weaponry aren't usable.

The PMG-23 is a SMG which has a high rate of fire allowing it to easily be used as crowd control or as a suppressor on the battlefield. Add to this it’s high ammo capacity it can be used in any situation that it should be needed in. It has a very low stopping speed which is unusual for an SMG add to that the recoil of the gun being high enough that it is hard to handle without using two hands.
You must log in or register to reply here.