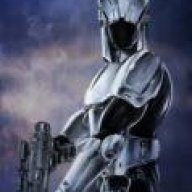 Hey, im new to the site, and I dont think I have the writing capability yet of starting up a RP, but If anyone is interest in RP with me let me know! You can go read my char's bio to find out more about him. Hes a non force using Soldier, although he has displayed unexplainable feats, so he has the potential of becoming a force user later on. At the moment Horaan is a sergeant in the military! You could even be apart of my squad if you wanted to (thats if you were another soldier) 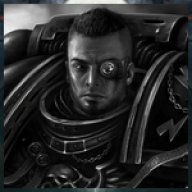 Character Bio
I'm not lower ranked than you, but your squad can be part of my platoon and we can do some training if you'd like.

Yeah sure! If your capable of starting up a RP id be down with that! I''ve just been promoted to squad leader, so training would be nice, see how well our squads can work together etc. Im getting off here in 20 mins, so if you start it ill probably join in tomorrow morning/after school.

haha thanks! *brofist*
Yeah im very new to RP'ing, Ive always wanted to do it. I tried tabletop RP games, but no1 in my city/school really does that, so online is my best option 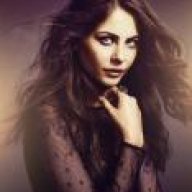 If you two ever need opposition or something let me know. I'm good at getting myself entangled with the Empire.