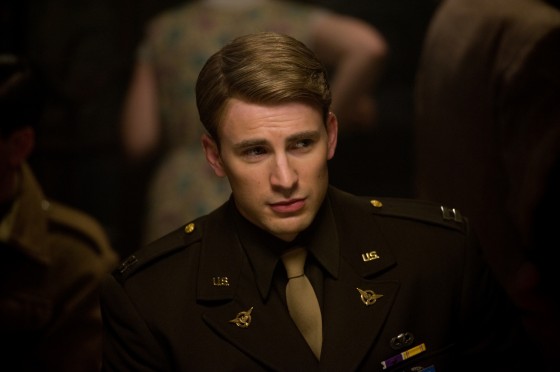 STRENGTHS AND WEAKNESSES (Required: 2 Weaknesses Minimum) :
Strength: With the constant build up of his body and using it in very rigorous training as a child to prove to his parents that he would one day be a Solder of the Republic military, He has a freakish amount of strength.
Endurance: With his tough training regimen just so he could try to even start in the Military boot camp, he has a very high endurance. Being able to run or work for long periods of time.
Lucky as all get out: Even against most odds, it seems that he can survive the worst things possible.
Heart of Gold: He tries to see the good in everyone. Wanting to help everyone that he meets.
Tactful: Thinking critically about his actions, Nate could be considered by some as a novice tactition.He knows that he is good, and sometimes lets it get the better of him.
Eye Candy: He likes the ladies and try as he might, he goes after them. That is if they are on the same side.
Teddy bear: Even though he likes women, he is ultimately scared of them. Partly because he is a solder and thinks that he might hurt them in some way.

APPEARANCE:
He is mostly dressed in simple civilian clothes, but as he will be deploying soon into the Republic military, He wears A uniform when in public on duty. If not he is wearing his armor.

BIOGRAPHY:
Born into an average family that spent most of their time worried about making ends meet, Nathan and his best friend @[member="Jason Falren"] grew up together. They became close enough to become Brothers from another mother. As Nathan is older, he has a natural feeling that he should protect Jason. As Jason is not the strongest person there is, Nathan is there to make sure that nobody tries to take advantage of it. Both of Nathan and Jason want to become part of the Republic military, Nathan constantly tries to be better and is turning in his papers soon to be deployed into the boot camp for the Republic military. He knows that some time soon that Jason will be coming to the Military.

Character Bio
ROLEPLAYS:​
None at the moment​

What do you mean?

Let's hope you don't get hanged though.

Or have more than one life to give for your country....

http://en.wikipedia.org/wiki/Nathan_Hale
If anyone sees this and didn't immediately know who it was (Like me).
Semi-famous guy apparently.

Um if you mean

But it autocorrects to...

Silly Jak, Canada is just a conspiracy theory.
But don't worry @[member="Nathan Hale"]. I don't think enough people know about the RL Mr. Hale for it to matter. Plus, your character isn't a carbon copy of him, so it should be fine. If you want you can change the name, but you don't have to.

Character Bio
@[member="Asher North"] Man you have to bring your wife into this now! lol.

I forgot about her.

Lol I had told her n she was like wtf and started laughing. Also, she's Energy Vampire if you want her as family.
Vuldak | Gauntlet | Armor | Bow & Quiver | Shard of Retaliation

Character Bio
@[member="Asher North"] If she is okay with it, then fine by me.

She says she is. She was IC told by her parents her whole life that she was an only child so you guys could RP out meeting and finding out you were both related
Vuldak | Gauntlet | Armor | Bow & Quiver | Shard of Retaliation

Character Bio
@[member="Asher North"] I would be happy to do that.

and originally this was a character for a friend so he could have a buddy in the republic lol. Looks like I already have more ties.

| Lightsaber | Forcesaber | Armored Skin | Specter |​
You must log in or register to reply here.