​
​
STRENGTHS AND WEAKNESSES:​
+ Shaping: Morna is very well versed in his shaping and force powers. However, He prefers to use his powers to increase himself and use it to enhance his fighting style of having a happy medium between swordplay and force powers.
+ Knowledgeable: Morna is a rather smart person as he has researched many things with this time on Kro Var and with the Sith. In his past. However now that he is a Master of the Shaping arts, He can use this to his advantage as not very many people know of shaping arts.
+ Kind Heart: Imura is also a rather nice person despite his past of horror and pain. He sees that it would be better to help someone, and to better themselves. Rather than just letting another person be without.
+ Body Form: Morna is rather muscular for his size as he had no body fat. he is also very lithe and illusive
+ Blacksmith: He is very skilled in blacksmithing, and knows some about Sith Alchemy.
+/- Swordsmanship: Morna is not the best of swordsmen. He has not really trained in many forms or learned everything there is to know of one. as such, Morna uses his own style of fighting that can be considered Wild.
+/- No Affiliation: Morna can be seen working with a few of the many factions. So he is considered a wild card in terms of who trusts him. and nobody really know his agenda.
+/- Snark: Morna can be rather rude by being snarky. Pulling pranks and the like. Funny at time, while others are not so much.
- Family: Morna is very hot headed in the fact of his family. He takes it very personal if someone were to steal an item of his or were to make fun of his heritage in any way.
- Bipolar: Morna is slightly Bipolar, to an extent, where he may be happy one minute, and angry the next for no reason at all.
- Bad boy attitude: Morna does not take kindly to others who are against him. And he plays the Bad boy routine fairly well as he is a daredevil, not really caring about his own safety.


​
BIOGRAPHY:
Morna was born in the lowest caste in his village, made up of slaves and field workers. He lived in a small hut outside of the village in a forest with his mother, Prim Imura, and his father, Thron Imura. Thron was very pushy about Morna learning the element of fire, and as such, Morna was a very fast student, easy to learn. He lived in peace with his family. A Jedi knight had come in search of a rogue Sith that hid among them. The Sith had found the Imura residence and demanded to be hidden from the Jedi. However Thron did not allow that as he was a good man and respected the Jedi. In retaliation the Sith killed both of Morna’s parents and ran away. Later this man was caught by the Jedi and was transported back to the Jedi’s home world. The Jedi Knight felt pity and sadness for the 7 year old. The Jedi had a pet that was not completely trained yet and gave him the Corellian banshee bird, Which Morna named after his father, Morna was also given the sith sword that once belonged to the sith.

Morna lived for two years alone in an adoption house not knowing where he would go in his future. Later that year, a lost smuggler crash landed on Kro Var and as Morna was still a boy with much potential, the smuggler took Morna as a Slave. He traveled to several planets before he was able to fight back for his freedom against the man. He found himself on Courscant and from the age of 9 worked day in and day out to find a way back home. When he was 18 years old, Morna had saved up enough credits to by a R-41 Starchaser to return home.

Morna Traveled home in the ship he had just bought to realize that he was an outcast among his own people. Against tradition a man named after the Emperor Haru, taught him in the ways of Fire Shaping. As the young man finished his training, he was tasked with the role of being a personal bodyguard to the Emperor for a time. He was then reassigned to be his Daughters guard. Where he began to have a crush on. Once again Morna was pushed aside to be reassigned to search the Galaxy for information on what may or may not be there. Along his travels Morna met a Zabrak who trained him in swordplay. However this man was a Sith and did not tell Morna until later. Morna took a few days to decide that he needed to leave when he killed 3 men and injured another in a fire.

Morna came back to the Shapers of Kro where he continued to help with the Shapers collecting information then was met with a woman who, with identical powers, fought him, but spared his life because she saw potential in his swordsmanship. Later he took a music lesson where he could hear the force. Listing to tidbits of music that were manifested from the force. Soon after Morna tried to live a semi-calm life my moving back to his old home in the woods. There he fixed up the house and found a hunting bow that was upgraded by his father a good 20 years before his birth. He also found out that his father and a “mysterious ore” that turned out to be Phirik. Morna then, with the help of Zaiden, made a sword to replace his Sith sword called, The Phoenix blade. The Phoenix was Morna’s family crest and made the guard of the sword that very symbol. Hence its name.

Later he met a woman Coryth who healed his arms from being scared black from the burns of his youth With the help of a friend, Xandus, Morna created a Lightsaber that would literally spit lava from the blade, Morna then joined the Lords of the Fringe and helped clean from the aftermath of a battle, helped in taking over a few planets for them. The Undead broke from their graves and so Morna fought with Ashin under a different name against the undead. In doing so he found a chain whip that he uses as a weapon.

Recently he met a young woman who had powers like his own but did not know about it. And so now he teaches her in the arts of fire Shaping while he is learning about the art of Air shaping by way of natural evolution. He returned to his roots where he helped the Sith an Invasion. He was to protect a shield generator, but failed. Morna is receiving training from a woman named Asha who is a former Jedi and is also in a sparring match with his old friend Zaiden. Only then was he going to get more Phrik ore when a blonde haired man from the Atristian Empire fought him, leaving him with a scar across his chest, and missing a leg. He is now currently making a prosthetic leg. Morna also occasionally plays his guitar and sings at a gig.

As Morna continues to fight his way across the galaxy he is given the task to defeat the sith lord Jacen Cavill, and takes part in a mass fight where Jacen and Mikhail Shorn duke it out. Morna stops others from interrupting the two Sith lords. Along the way, he finds and rescues Jake from burning hospital, Trains him, and goes on a date with Lexa, his girlfriend that he had fight for from Xardus. Now as he was stuck fighting bounty hunters with Rang, and started a Council of Sorcerers where he plans on moving further in his life with Alchemy, Sith Magic, and most of all, his mastery of the Shaping arts.

It has been a few years later Morna has grown in his powers. Becoming an Elder in the force He has finally mastered his Fire shaping arts. Moving on to other portions of his powers. He has learned of the Air and Ground shaping arts. Each getting stronger every day. He continues to float around the galaxy and working for the Lords of the Fringe with his Fringe troops that follow his commands. As now, he is confronted by a Sith for the chance of a lifetime, his now Master rank is of that of a Sith Lord.

By seeing that he had been wrong, Morna Decided to end his life with the Sith and settle down. He proposed to the love of his life, [member="Lexa Imura"], and has decided to settle down somewhat. Only, Somethings for the Council of sorcery, Lords of the Fringe, And the CIS, may have parts to play later on. 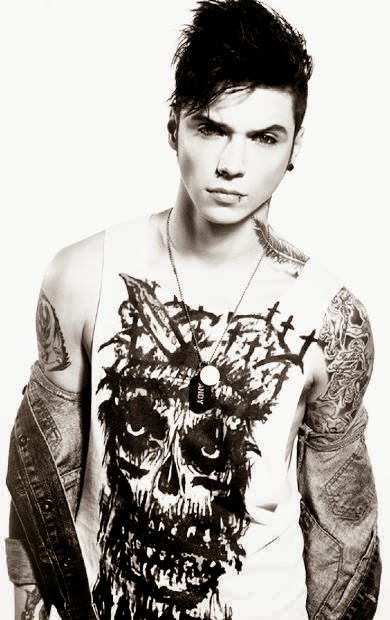 Character Bio
FTI -Fringe Troops Initiative​
FTI's are a group of ragtag minute men, simple and ready in a moment's notice, They will wear a simple set of armor that is very customize able for each user. With the same command structure as the Fringe Military, this group is more of the People's milita rather than an all out Trained military, Yet they are just as good or even better shots than the Military. As such, they each have posts on planets under the influence of the Lords of the Fringe. Always manned for any situation at all, they act as the resident "National Guard" Each person has had their own training as they are the people who have lived their entire lives out in the underbellies of the city, and where the sun doesn't shine. Most will not be tolerant of others as they want to get the job done right, and done fast.

Character Bio
Updated some stuff. Still working on it though.