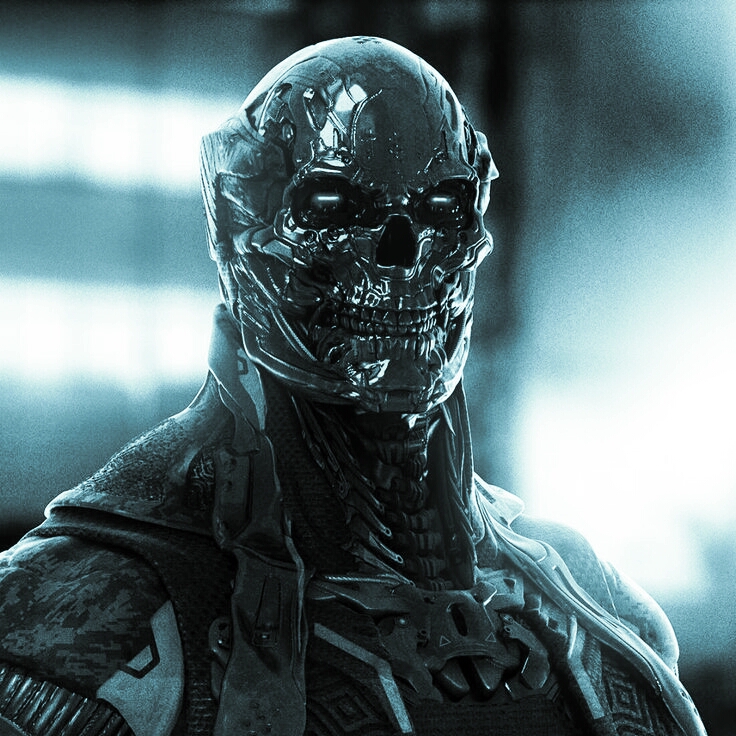 
STRENGTHS AND WEAKNESSES:
+Perseverance: Will persist to get the job done regardless of delay or difficulty.
+Military Training/Experience: Has had training in fields needed for a military soldier, with years of experience within the O'reen military.
+Hand to Hand Combatant: Although prefers to use weaponry, Sigma can clearly handle himself in unarmed battles.
+Versatile: Able to adapt to the current situation.
+/- Professional Neutrality: Able to work for anyone in line with his professional image and relationship, with no true regard on ideals. Everything he does is not off personal or moral matters, just doing his job.
-Mask Obsession: Truly regards his mask as his face, and will go to no extent to take it off in public.
-Droid Hate: Although not enough to affect the job, Sigma has a unnatural hate for droids.
-Unable to Disguise: Due to psychology and obsession with his mask, Sigma is unable to disguise himself.
-Unknown Heritage: Not knowing his parents at all, Sigma has no idea that he is a member of the Yuuzhan Vong race.
-Adrenaline Addiction: He has the addiction of the adrenaline after his job, becoming worse without doing something big.
[]Yuuzhan Vong Psychology: His race has a number of attributes that can be regarded as strength or weaknesses.
+Nervous System: His nervous system is highly conductive specifically for feeling pain.
+Long Life: He has the capability to live up to several hundred years.
+Force Void: His race exists outside of the Force, meaning he has no presence to sense.
+Force Resistant: Because of Force void, he is resistant to most forms of the Force.
-Specific Force Powers: Despite the general resistance to the Force, there remains some powers and uses that can injure Yuuzhan Vong.


APPEARANCE:
Well fit yet groomed to leave nothing on the body, Sigma is a peak specimen of his race. His skin is extremely pale with no actual color from hair to eyes. Always wearing an complete mask detached from his usual body armor, even in normal attire.


BIOGRAPHY:
The being to become Sigma was born on O'reen, becoming a orphan from a unknown heritage to even himself. Found by the O'reen military to become a unique soldier due to his size, the Yuuzhan Vong was shunned by his unnatural appearance. (The O'reen werr very disconnected with the rest of the galaxy, not knowing his race.) Slowly rising up the ranks, he found a friend with his O'reen commander S'hek. Facing battles against rebellions and nearby moons, he became a well known force with O'reen. S'hek was later killed by the higher command in a unknown conspiracy, prompting him to leave the planet with a fight. Only able to do what he could do best after his escape.. He lended his services among the Unknown Regions known as Mister Sigma. Losing the thrill of the job, Sigma joined the Bounty Hunter Guild to expand his horizons.

Note: Sigma has no personal affiliations with the galaxy, meaning any job hired is done as a professional. Hence he can work with anyone.