Militia of GRRRROOORRRGGHHH! (Open to SJO)

Character Bio
Mission: Slavers have been harassing a village of Wookiees, but unfortunately, many of the more experienced members are a fair bit too old, and their younger ones are a fair bit too inexperienced. A tip has been issued that they will be back today. A team of Jedi have been sent to the village to spar as a group with the younger Wookiees and help teach them and refine them. Once done, aid them in routing the slavers from the village, capturing as many as you can to take into custody. The goal here is to take as many into custody as you can, while also helping the younger Wookiees learn how to do the same.


Participants (Up to 5)​
- Josh DragonsFlame​
-​
-​
-​
-​
​
---------------------------------------​
​
Kashyyyk​
​
Josh had already arrived at the village, in his robes with the armor under them. Perfectly geared up for combat, Josh honestly was just happy to get out here and try to forget some recent events. And combat was something he tended to enjoy, so... Well, this just might be therapeutic. The Jedi Master - after arriving early - had gone out of his way to size up the "young ones" as the Wookiees called them, the more inexperienced ones who were still learning how to fight to be able to ward off the slavers that were ambushing them and kidnapping their people. Or was it Wookiee-napping? Or bear-napping? They did look kind of like bi-pedal bears...

Honestly, the thought of anymore Wookiees being taken was unbearable, so Josh had volunteered for this himself. It helped he was already a combat tutor, as well, being the Order's Battlemaster, so this was right up his alley. The training would be simple. The team of Jedi would take on the young ones as a group for the sake of saving time, and the Jedi would try to guide the Wookiees through battle to better be able to defend themselves. If they could hold their own against Jedi to some extent, slavers shouldn't be a problem, right?

The Wookiees seemed fairly muscular and tough by what he had seen, and he doubted they needed their help. But considering the results of lately... Well, if they needed help, they needed help. So Josh would wait to see if any backup would arrive before meeting with the Chief and beginning... 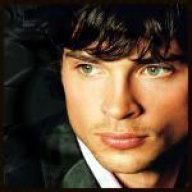 Character Bio
You know, Garith was actually around. He did not use violence often. He preferred methods of civility. However he knew sometimes you had take a stand to defend. This was one of those days, well sort of. So here he was, without armor and he had a single lightsaber. He was not even wearing the robes of a Jedi. This was unexpected, so he was just wearing a suit.

Garith was unorthodox when it came to fighting. His skills could not be thought to someone who did not use the Force. However he could teach other aspects of combat other then saber combat. Garith did have experience in hand to hand combat. For years he grew up on Atrisa with his father who was an Atrisian Lord.

Coming down the path Garith only seen one person thus far. Master [member="Josh DragonsFlame"] . As Garith started to roll of his sleeves he took a good look over the young wookiees. He was still a good couple of Millennium Falcons away so, Garith had not said hello, just yet. 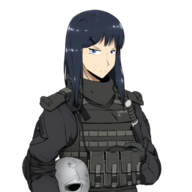 Character Bio
When it came to the force Kurenai was just average, when it came to physical non-force user combat she was a walking library of techniques. As such when [member="Josh DragonsFlame"] talked about training the local wookie population how could she say no, specifically with Wookies being predominantly spear and staff fighters. Though Josh may have been the battle master Kurenai knew that her skill in So Jutus was unrivaled by anyone among the order, even more reason to partaking in this training event. Who knew, perhaps the Wookie's would teach her a thing or two about fighting, their strength and large size something she could easily adapt into her own method of CQC.

"Before we start Josh, how will we go about training? individual groups with each of the trainer, large group with all of us helping out in where needed, or will we be doing one on one sparing"? Though having taught many people in the past an entire village was something new to her, as such leaning a little more towards the latter choice, but she would trust Josh's council. Perhaps [member="Garith Organa"] would have some useful incite into the event himself, and despite Kurenai not knowing the man very well their position as a master was well known. If push came to shove though Kurenai would just ask the Wookies what they preferred, yes she spoke Wookie, after all the Rebel Alliance had quite a few of them in ranks.

Regardless of the choice the veteran fighter was more then ready to start cracking skulls and backs, in a few days time she would have the younger Wookies into fine warriors.

Character Bio
Time for a real chance to work on things, Jesse stood there as she looked around at some of the others. Golden skylar top and black pants. She wasn't wearing a traditional jedi robe but then she wasn't a jedi... not really. More a force adept from the Chruch of the force. Servants of the lightside and overall supporters of the jedi. So she was standing there with a look on her face though. Hair in a tight black ponytail, arms bare save the metal bands on her right arm with the crystal inserted within it. She was looking at the thigh pack she had with her equipment until she was moving around and saw Gaerith not saying anything just standing more near Kurenai.
You must log in or register to reply here.

The hunt for project Viper (Open to SJO)