OUT OF CHARACTER INFORMATION
PRODUCTION INFORMATION
TECHNICAL SPECIFICATIONS
SPECIAL FEATURES
STRENGTHS
WEAKNESSES
DESCRIPTION
Stun batons have a long, storied history in the galaxy, being viewed both as a righteous instruments of the law on some worlds to hated symbols of oppression on others. While there are many varieties of these weapons, the LPD-74 Enforcer is designed primarily as a back-up law enforcement weapon. Its small size allows it to be easily clipped on to most uniforms without it getting in the way of too much of other accoutrements like pistol holsters, comlinks, stun cuffs, and the like. When in actual use, the Enforcer differs little in basic use from most of its contemporaries, aside from this smaller size. The Enforcer does have a small number of refinements over its competitors, however, that make it one of the more attractive options on the market.

Perhaps the most important of these, unlike some competitors, the Enforcer's electric charge can be easily adjusted by the user while in use. This makes continuum of force protocols much easier to follow - if a disobedient rioter suddenly pulls out a blaster pistol, the stun baton user can immediately have a lethal option in his hands with the push of the slider. The baton's heavy ultrachrome construction is another edge. Not only is it dense, but when electrified, it allows the user to also absorb energy into the weapon's powercell, whether that's another electroshock weapon or a lightsaber blade. The other little innovation is the use of Mark IV powercell, which produces small strands of lightning around the baton's bludgeoning half not unlike the tip of a forcepike. This allows users to use electric shocks against an opponent without having to resort to using physical impact to deliver them, useful in subduing opponents without inflicting possible lethal, physical trauma.

Like most stun batons, the Enforcer is primarily sold to law enforcement and military organizations. However, many worlds have laxer laws about civilians possessing melee weapons compared to guns like blasters and slugthrowers, which means that it's often sold to civilians looking for protection against low level criminals like muggers. Its ability to quietly and nonlethally incapacitate organics also makes it useful as a covert weapon by commandoes and intelligence agents looking to capture important organic targets such as enemy leaders. 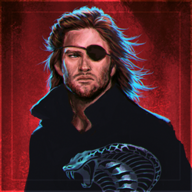