Looking for X-wing pilots or other Rebels?*

Hi I've been here a short time and still not quite sure how to get into games haha. I'm in one, but I thought to see if anyone would be kind enough to join me another?

I am a bit dizzy about all the factions and timelines but I'm looking for a game a bit like the original trilogy - swashbuckling rebels fighting against an evil empire. That sort of thing? Is that possible on this website?

So, I'll put out my character again. I am Keia Tamara, a technician and navigator on a GR-75 "Rebel Transport" called the Galiceno. Together with the ship's captain. Cal Sunrider, we do pick-ups and drop-offs all round the galaxy to try and keep the Rebel Alliance (or insert current equivalent faction) supplied. This often leads to adventures, dodging pirates, dealing with gangsters, avoiding bounty hunters - and of course always trying to stay one step ahead of the Empire.

Keia is a tech specialist/slicer who's also a bit stealthy/sneaky.
Cal is a gambler, bluffer, drinker, brawler, and a tough pilot "space trucker"
We have a cheerful (but overly obsessed with tidiness) ASP loader droid called Wispy.

If you want to play as Cal, that would be perfect. If you want to join the crew I guess we could do with an elite soldier type, a spy/scoundrel, or maybe a haughty diplomat?

You could also be an X-wing pilot (or 2!) as escorts for the Galiceno. Then we could do space battles as well as confrontations on planets and spaceports.

Most of all... I would really like for someone who likes playing the bad guys to act as GM to present the hurdles for the rebels to overcome. You get to design and control your whole team! (and if we do more than one episode you could do a team of bounty hunters one time, or a gangster team like Jabba, another)

Here is Keia and Cal

I can maybe do images of your character if you have an actor that looks vaguely like you? 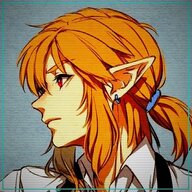 Character Bio
An elite soldier you say? There's not much for galaxy spanning empires at the moment, but there are groups like the Maw that currently terrorize the poor Chiss! If you're looking for groups to possibly interact with. 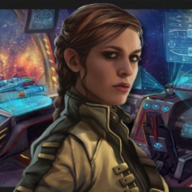 The Rebellion is made up of various peoples from all corners of the Galaxy who seek to fight for freedom, civil rights and the deterrence of Warmongers, Tyrants and Oppressive Governments.

www.starwarsrp.net
There’s this one; but we’re not doing a ton with it. We sort of narrowed our focus to a different faction.

I work with rebel groups. if you need an escort or a bigger transport for a story there are. 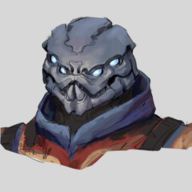 your idea of "swashbuckling rebels" sounds like fun, although my character isn't the typical good guy or even a rebel he would definitely try his best to be a "nice" guy if that allowed him to explore the galaxy.

On another side, my characters species is known for eating people so I could be a one-time bad guy trying to attack your ship and scavenge it for food and materials. Just keep in mind we are not bad guys just trying to survive
They Eat for Survival, I Eat for the Pleasure
You must log in or register to reply here.

Looking for other soldiers