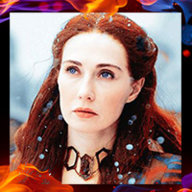 Development Thread: Ongoing, a reference as to why this ship will be in use.
Manufacturer: Nikto's Kintan, Hutt Syndicates, and Various Minor Shipyards.
Rumoured to be originally made or designed by Cygnus Spaceworks.
Model - Kintan's Lance
Affiliation: The Burning Globe, Kintan, Nikto, and the Army of Light
Modularity: No - with the exception of future development on the engine port, reactor and engines.
Production: Minor
Material:

Description:
Curved wings make this ship almost as wide as it is long, bristling with missile launchers. Painted in the reds, purples and browns of the Nikto, sometimes inscribed with their own individual allegiances, along with the army of lights banner. Its large engine in the rear makes a tempting target if you can get behind it, but also makes it a fast ship, and despite its small size packs a nasty punch if it gets the drop on you. Once a raiding vessel designed to just smash and grab, now turning its guns toward the Sith to do the same.

History:
The Nikto of Kintan have several leaders, their populations rebuilding since the Yuuzhan Vong wiped out 75% of them, but still as yet no one central governing authority, with many factions taking a passing interest in their world, such as cults, hutts, and syndicates. Before the burning globe and before the army of light arrived to send aid to change that. The various Nikto factions and sub races themselves have ships of their own, to carry these tasks out. This is one such design, built for hit and run attacks, with reasonable armor and good ship to ship weapons, but reduced defense against fighters for its size.

Standard Armor and Shields, not weak but nothing overly special for the time period.

Purpose
A fast, offensive, gun heavy frigate, for the Nikto of Kintan. More vulnerable to fighters, but better ship to ship. Built for hit and run strikes, and the many pirate raids the species would have done over the years. Reforming them for use in the AoL. Backup systems mean you generally have to stand and kill it, which being a frigate isn't that hard, but still means it can't be easily shut down if its chasing or heading toward you, front facing. The Engine on the rear, is another matter.

Character Bio
Approved, but be quite careful with those "baradium" missile launchers. Play up the power too much and you'll face some scrutiny.