Kayla's genetic make-up has provided her with an abnormally strong mind even for a votrek, she has proven to just disallow others from entering her mind.

The only emotion that has ever been able to be shown by Kayla is anger, she doesn't know or fully understand any emotion other than anger.

Due to the cloning process they forced Kayla to endure she has been given a natural immunity to any and all poisons, they tried to get her to self replicate sith poison but only allowed her immune system to work with, instead of against poisons and this has caused her to be immune to all poisons.

Kayla has abnormally genious-level intelligence, she is one person who you can't outsmart.

Kayla doesn't care for others, it is a flaw in her genetic make-up that she cares nothing for others and is completely cold blooded.

Kayla is as sadistic as they come, she has no soul and will literally watch her opponents die and stare into their eyes as she is killing them and have nor remorse or regret for doing so, some would say she is stimulated by death and destruction.

Kayla's skin is tough as nails, it takes a lot to wound her or cut her and is genetically altered to be resistant to most energy based weapons, her skin cannot, however, hold up to a lightsaber and this is one way to cause her injury.

Kayla is one of the most courageous and gutsy beings in the galaxy, she will head straight into battle against enemies by herself if she has to.

Due to Kayla's unique genetic make-up she is very destructive, she only wants to destroy the galaxy rather than building it up but also is prone to destructive behaviour.

Addict: Kayla is an adrenaline junkie and is addicted to constant chaos, she cannot live without causing destruction and problems with other, but she is also addicted to glitterstim and rhyll laces cigarettes.

Kayla has an explosive temper, due to her being a first generation clone of two people and being the only to have survived the facility bombing of the cloners she suffers from uncontrollable outbursts of anger and rage.

Kayla is very insane, she has been considered to be a madwoman with what she has done, or does in her day-to-day operations and will most likely beat her opponents and/or allies just for looking at her wrong.

Soup: Kayla needs "soup" to survive, even though she doesn't need it as much as other anzati due to being a half-breed she does need it...

Kayla was born in a cloning chamber where she found half of her life was miserable, she was the bi-product of some miserable experiment concocted by an evil duo that sought to control the universe. As she was flash grown by the duo she sought was quickly found to seek carnage and destruction everywhere yet as she was raised quickly she found a purpose.

As she was grown through flash procedure she found she was the clone of a woman when she was among the Jedi, Kayla was given an image of the former Jedi Padawan Isis Fontana and found out she looks the part of Isis when she was fresh off Vortusa and was a fresh Jedi Padawan on the world of coruscant, she found that she was force sensitive, not as much as Isis but enough and found she had two lineages in her blood sttream... One of the extremely deadly assassin race known as Vortek and the other of the skilled cut throat vampiric race of Anzati.

She found she was the best of both races and even though she was a clone she was the designed daughter of @[member="Sarkus Twin Kilborn"] and @[member="Isis Fontana"] and was designed to end them both, yet as she was raised she decided she wished more to unite with them both and found she was more inclined to siding with them to comquer the galaxy than to end their lives for the supposed greater good.

Kayla was raised to take down the two most tyrants of the galactic wars but she had a different agenda, as she quckly honed her skills in demolitions and crafting explosives she made sure to hone her skills in other things as well, she found the sleeping charts of her "keepers" and one night when they went to sleep she picked the lock from her "cage" and wandered into their room and slit their throats and watched as they died, Kayla was born without a soul and without any need but for the endless destruction of everything the galaxy can put in her way.

As she left the research facility she set bombs around the complex and inside the building and as she escaped she blew up the building while trapping everyone inside and left with the researchers ship, as the building went up in flames from a fire bomb she watched as everyone burned to death inside of the facility with a sadistic smirk on her face and then left the planet and headed off to one day meet her mother and father for the first time. She vowed to help them to conquer the galaxy and rid the galaxy of the weak and frail.... As she made her way to the faction that held them both she took on another last name and entered into the Lords of the Fringes as a new vessel hoping that one day her own parents would be proud of who she became. To this day she waits to introduce herself to them, until the time is right she will continue to wait for her moment to inform @[member="Isis Fontana"] and @[member="Sarkus Twin Kilborn"] she is their daughter.

Force Destruction (Will master and train much later)

Character Bio
A reminder of the rules:

Your character is not God, he is not immortal and he is not invincible.

What exactly does the term being Immortal have to do with god? I mean vampires are immortal, are they gods as well? 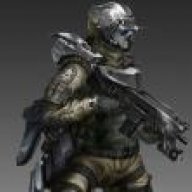 I'm pretty sure Diathim's were supposed to be very good and kind. But heartless and extremely destructive and emotionless and stuff's okay.. I guess.

@[member="Sarge Potteiger"] I had no idea you cared so much.

Edited for new strengths and weaknesses to be added.

Sarge Potteiger said:
A reminder of the rules:

Your character is not God, he is not immortal and he is not invincible.
Click to expand...

@[member="Kayla Zorg"]
He's talking about the agelessness. You can't just live forever and only die of a violent death. You can just put your age in a number range or just put Unknown.

No actually I had the words "Immortal" for my age when he said that, I changed it to "ageless" after he had made his comments... I never said she could not die, she is just ageless due to living for centuries and looks to be in her early twenties still. 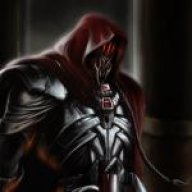 Also she's put her race as Anzati who can live for eons and thought longer as they continue to feast on "soup", so as long as her character protrays that then technically she will live a very long life.

I'll portray my character however I want, besides I am done changing her because others don't like the character looking so.....Human