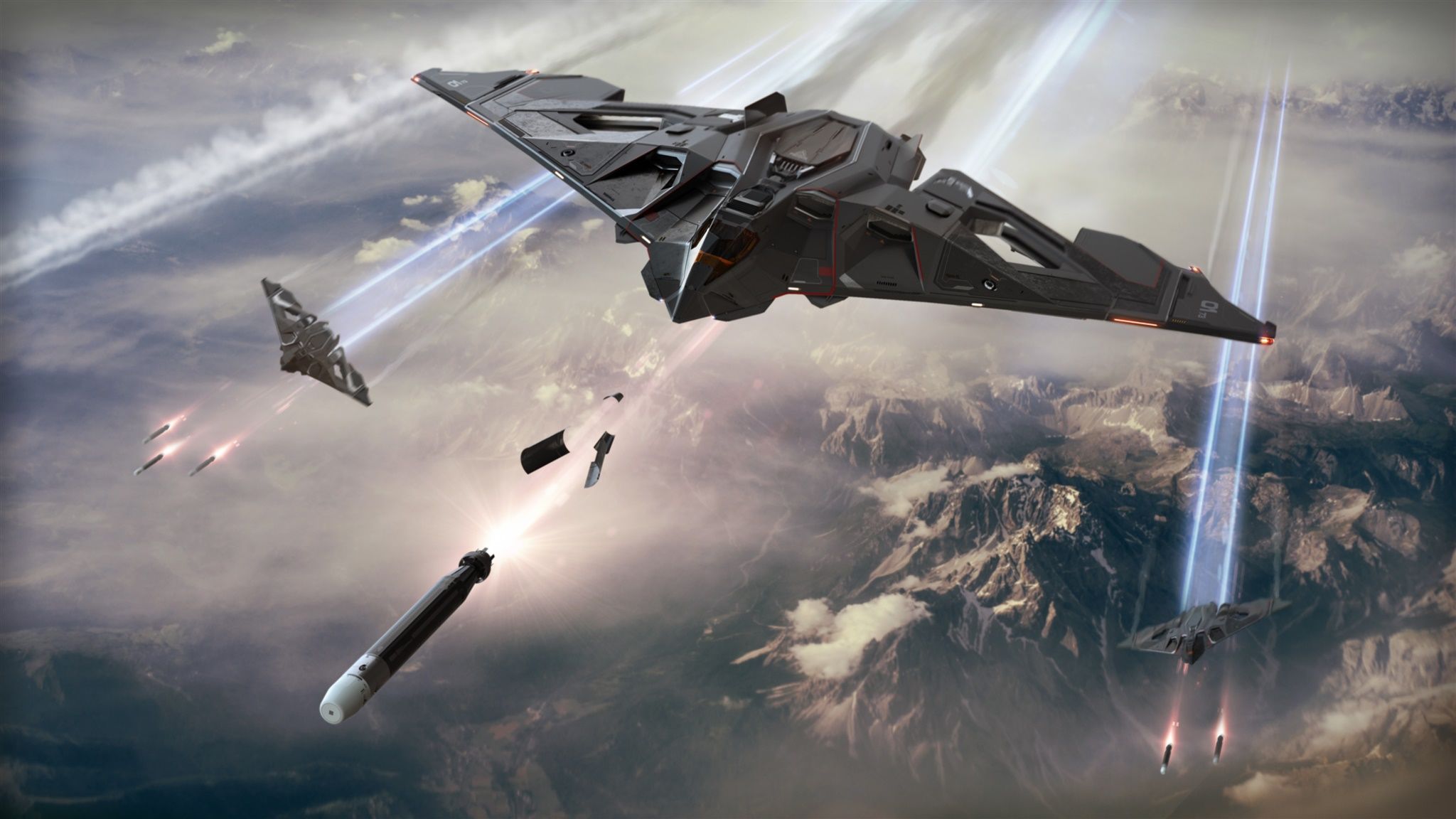 DESCRIPTION
Firemane’s new directive of exploration, combatting Sith and other dangers all demands up to date hardware. One are where Firemane was deficient was in the area of bombers, still using an older and outdated model from the time of the SSC. Therefore a new bomber concept was put together. This variant would use the newer Deathstrike Concussion Missiles for maximum firepower and range. It is therefore in its primary function not a literal ‘bomber’ at all, as it would rather stay back and deploy its missiles from many kilometres away. It does however also carry proton bombs, though these are mainly used on ground targets or on weak areas of space targets which missiles cannot penetrate.

Testing for the newly named Judgement went well and the first prototypes performed a strike on a pirate facility, obliterating orbital defences and a corvette with volleys from some 30km away. A subsequent strike by marines was able to board the base and recover intel, hostages and valuables, all because these defences had been purged. Enemy fighters had briefly engaged the Judgement squadron involved, but their defences and the intervention of friendly interceptors prevented any being lost. The action was considered a success and the Judgement began to be produced for use in all Firemane operations.

Character Bio
I do so love the Star Citizen art. So many pieces, so many possible subs.

Speaking of subs, this is an easy approval.