STRENGTHS AND WEAKNESSES (Required: 2 Weaknesses Minimum) :
Heliophobia- Fear of the sun
Intelligent
Reckless
Observant​
APPEARANCE: his pink/red hair with white bangs and other highlights of white reaches just past his shoulder blades, and his bangs normally hang over the left side of his face, hiding the scars that mark him. His Hazels eyes seem normal but so change shades with his mood. If one was to move his bangs though, they would see that his left eye is gone due to the scars. standing around 6 foot 4 he is tall, oddly for his family as hes the only one since his grate grand father to be over 5 foot 3. at 180 pounds he is mostly muscle from the training is father put him threw growing up. normally he is dressed in a sleeveless black shirt. a black cloak lined with fur along the top hangs over his left shoulder, the straps that hold it on wrap around his torso over his right shoulder, and down to his left side. he has dark purple and black fingerless gloves that reach up just past his elbows leaving most of his shoulders exposed. on his left hand he has two rings, one on his pointer finger and one on the middle. and a silver bracelet around his wrist. his pants are black and reach to his angels, leather buckles wrap around his right thigh holding a small belt bag in place. in which he keeps the few things he owns now. his boots are black as well and go up to just below his knees. 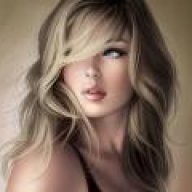 Character Bio
Half blind, well it doesn't matter when the lights are off. *winks*

Patricia Susan Garter said:
Half blind, well it doesn't matter when the lights are off.
Click to expand...

Character Bio
Oh @[member="Darren Shaw"] you can come along too

I had the exact same reaction ...

Patricia Susan Garter said:
Oh @Darren Shaw you can come along too
Click to expand...

Character Bio
@[member="Patricia Susan Garter"] stop flirting with everyone! You're creeping them out.

Meta said:
@[member="Patricia Susan Garter"] stop flirting with everyone! You're creeping them out.
Click to expand...

I don't mind flirting, Infact I rather like to do so myself, but when another guy is involved and may lead to other things? Thats where I leave.

Character Bio
But but but look at them?! They are just so tasty!

Patricia Susan Garter said:
But but but look at them?! They are just so tasty!
Click to expand...

Matters on what you mean by tasty "Pat"
You must log in or register to reply here.