Jo Americus | Al'verde of the Protectors

VETERAN: Jo has spent nearly his entire life on the battlefield, and has the scars and experience to prove it.

EAGLE-EYED: Jo is especially deadly with ranged weapons - from firearms to bows and all in-between.

AGE: Jo is advanced in years, and therefore his reaction time is terrible compared to his younger comrades.

HEAT: Much to his frustration, Jo overheats quite easily and cannot spend excessive sums of time outdoors working.

Let me tell you a little about Truth, Justice, and the Americus Way. Ha! Don't that just roll off the tongue?

My name's Jo, my kin and I are from Concord Dawn. Spent nearly five decades working that land, trying to make a good living for Betty and the kids. But, throwing a shovel around just ain't how things always work you see. I, like everyone else 'round those parts, had a different job most of the time. I am a Mandalorian, tried and true. Whenever the Sole Ruler raised his or her flag over the years, I'd drop my shovel and pick up the rifle. That was my calling. That was my job.

Now, Betty and I did our best to raise our children right and proper. We taught them the language, taught them to shoot, taught them to fight, and for a good while everything was peachy keen. Sure, some wars were nastier than the others, but two things kept me going. I had my family and I had my home. No matter how bad it got in the trenches, I always knew that shovel would be waiting. And Betty, bless her heart, would fret until the bantha came home. Ha!

Well, things change. I don't have that shovel anymore. Don't have that nice cut of land I spent my life building. We...had to relocate after some disagreements with the previous Sole Ruler. Now, we are Kad-fearing folks. We paid our taxes, served every Call, but when the Civil War broke out "our kind" became hated. We were blessed with the Force, and ended up being given a few options. Die. Leave. Change.

That was a long conversation, but we ultimately picked up and left. It wasn't an easy decision to make, but...it was for the best. Now, rumor has it that we could go back home right now - that the new Sole Ruler is kind and liberal. I don't doubt the truth of those words, but what happens when the title changes hands again? What if the next one is worse? I can't put Betty and the Kids through that again, I'll be damned.

So that's how we ended up here, way down South. I got me a fresh cut of land and a brand new shovel to boot. We're a long way off from Harvest, but things are really looking up.

Now might I interest you in a glass of lemonade?

The original commando droid with a hat 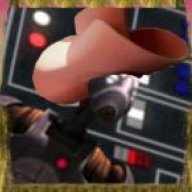 Character Bio
Australis is a much clan 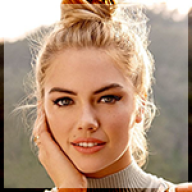 Anything you want sweetheart.

*Cocks shotgun* Now we're a good, Kad fearin' family, you get from here with that hooplah
You must log in or register to reply here.