​The Cenpherium had been attacked, shattered into several pieces by pirate ships. Tathra had been on the Cenpherium space station, waiting for a transaction, a buy for a star map for the movements of a colony of Dravalan.

​Instead, a group of bounty hunters had opened fire on in the marketplace, it had been a trap. A total of sixteen bounty hunters, a small army of them had hijacked the Cenpherium and in the ensuing combat; broadcast their location.

​What they hadn't expected, was another bounty hunter on-board, [member="Ghorua the Shark"] had been hiding away, waiting for the perfect time to strike as Tathra tore through the bounty hunters that had intended to trap and kill the mutant. Pirate ships, bounty hunters, mercenaries had arrived and even a few had just opened fire on Cenpherium, causing a massive explosion on Cenpherium, de-stabilising the whole left section of the Space Station and causing the Forward Deck to collapse, separating from the rest of the station.

​All around, the ships that had arrived were in open combat. All for the twenty million credit bounty that put on Tathra's head. Ghorua, so far was the only one to land a hit.

​Tathra woke with blood in his mouth, pushing himself up from the ground. There was a smell of burnt corpse in the air, the sound of space combat going on. Tathra had found himself in a rather precarious situation. The Valkyrie was in Hangar 14, of which he was separated from in the shattered piece of the Cenpherium. It was time to move. 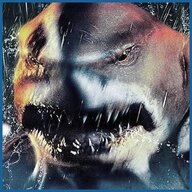 Character Bio
They don't make hunters like they used to.

Ghorua could only marvel at the total disregard of secrecy and vigilance this pack of bounty hunters possessed. They couldn't tell their transmissions about a certain high-value target had been picked out of the Holonet by one of the Shark's contacts, asking if he wanted to bite. None of them bothered to hide their ships as they trailed lead after lead, this man looking for anything Dravalan.

To the young hunters' credits, they set up the fake lead for Tathra to follow, having discovered his quest, and leading him into an ambush. It was rather creative of them. Maybe they would amount to something if they survived.

None of them bothered to reinforce their ship's navi-computer, as it set it's destination for a certain merchant station, a beautiful white star yacht following stealthily in their wake. When they got there, they missed the clues, instead trusting only their own eyes, and not the recorded manifesto, or the security footage of a large Dravalan leaving the Cenpherium. When they finally did discover it, through sheer luck, Ghorua had already stowed himself away on board, using an advanced data spike and his cloak.

When everything went down, Ghorua was already within reach of his target. And still he waited, like a good bounty hunter.

Things were going poorly for Tathra. The Cenpherium was doomed, and the most readily available escape had been the Valkyrie, in it's hanger. Ghorua was waiting between the bridge and the hanger, posted up by a corner, ready to strike.

His cloak was on, his armor primed, and his mind was still. He was completely calm in his Teräs Käsi meditation, the giant being's presence nigh imperceptible. He was calm, collected, and ready for the battle ahead.

Now all he had to do was wait, like a good hunter.

- [member="Tathra Khaeus"] -
You must log in or register to reply here.