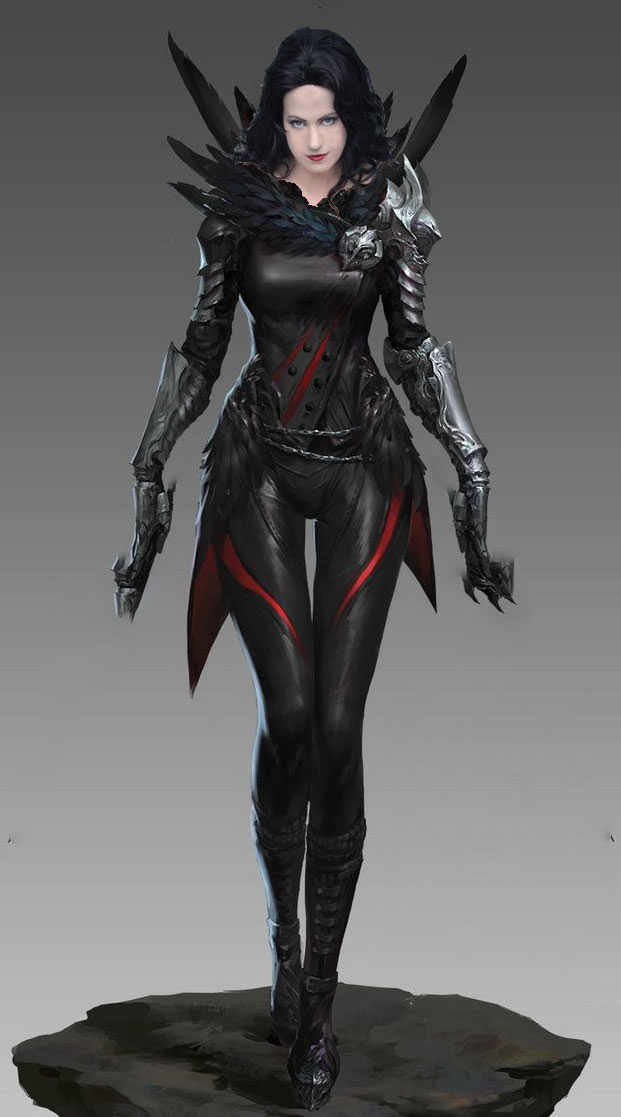 The suit of armor

PRODUCTION INFORMATION
TECHNICAL SPECIFICATIONS
SPECIAL FEATURES
DESCRIPTION
After the black ops on Shusugaunt, and thereafter her run-in with a Sith Lord on Susefvi, Janick realized that she actually needed a proper suit of alchemized armor if she wanted to fight on an equal footing with other Force-using opponents in a ground-biund context. The Armor was made with a layer of alchemized ditanium plates on her arms, helmet and feet, and then alchemized quantum fiber. The alchemized quantum fiber offer a high amount of blaster resistance, slugthrower resistance, and even lightsaber resistance. Thus, it can take several blows from each of these sources before failing. The suit is, of course heavy due to the alchemical treatments and thus make movement difficult, to counter this the suit comes equipped with a jetpack, however, due to fuel limitations, this allows only for 30 minute flight time before needing refueling.

Of course, since Janick intends to serve the ORC on the ground in a more covert fashion, she had adaptative camouflage installed as well as an encryption system on the broadband antenna, allowing secure communications and HoloNet use. Sensor-jamming equipment has been installed on the armor to allow her to jam nearby sensors but at a cost of temporarily freezing her adaptative camouflage until the sensors on the suit are operational again, since sensor jamming also jams the suit's sensors. The alchemical treatments make it so that it can even ground Force-lightning but at the cost of leaving the wearer highly vulnerable to Force-light. Finally, as with all alchemical abilities, that ability is nullified while in the presence of Force-nullifiers, and also makes the wearer easier to detect in the Force.

Character Bio
[member="Janick Beauchamp"]
The only weaknesses, that will always be at play for this armor, is that it's heavy and that it has no resistance to force light - the latter of which I don't think I'd really consider a weakness given how rarely the ability is used.

Your ratings, across the board aside from the force light one, are average or above, and it has several advantageous strengths and several very high or above ratings.

In order to tone this submission down we can do two things:
or

Character Bio
[member="Lily Kuhn"] I lowered the Kinetic one...