STRENGTHS AND WEAKNESSES (Required: 2 Weaknesses Minimum) :
+Force Sensitive
+Stun Tentacles
+Xythan Force Shield
+Mild Battle Precognition
+/-Spider frame makes JaK very stable, but not as fast as traditional bi-pedal beings
-Very Young, and thus very naive and unintelligent. Barely sentient intellectually, though that will develop with age.
-Killing has driven him to insanity, and will further drive him there.

APPEARANCE:
A slimy eel in a droid looking exactly like the picture at the top.


BIOGRAPHY:
JaK was an earlier experiment of Warren Valik's in recreating old and unique technology on the Sith World of Ord Cestus. Valik was able to learn about and create the old stun tentacles and Xythan Force Shield that made the droid so deadly to deal with. He soon discovered however, that the droid was not strictly inorganic, with it's mind and some mild precognitive abilities coming from the native Dashta eel. Valik later learned through testing that the Dashta Eels could not kill a sentient being without losing their sanity. Valik was determined however, and theorized with some manipulation of hormones and using a fertilized Dashta Eel that would mature into an adult instead of an unfertilized Dashta Eel that would stay an almost-sentient child that perhaps a weaponizeable droid could be created. Sadly, before he could finish his experiments Valik left the Sith Empire for the Imperials, before leaving for the Fringe. When he was finally allowed back into the Empire he found his experiments halted, save for one droid. The local X'Ting had destroyed his projects, his works, but one droid fought back, killed it's attackers, and gained a taste for blood. While initial tests revealed that the dashta eel had gone a little off the reservation but he also figured out the eel would mature and gain in intelligence, and had the scent of the Darkside about him. Thus he decided to hand the droid over to the one woman he knew who crushed, reshaped, and manipulated minds and spirits as well as he did metal, bone, and the laws of nature. If @[member="Kära Vi'dreya"] could not control him, well, she'd suffer a fate she deserved. 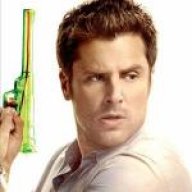 Luckily, I never travel without my emergency can of RAID!

Käraaaaaaaaaaa, the droid is trying to kill me.

worry not little brother, I will tame the beast.

Character Bio
@[member="Kära Vi'dreya"] try harder, it is chasing me around the manner at present.