Intent to Rebel | The Rebellion's Rebellion of TSE Held Rimcee

Let this serve as notice,

As an admin of The Rebellion, posting on behalf of the Minor Faction Owner, an intent to rebel the recently obtained "Rimcee" dominioned by The Sith Empire. The Sith Empire submitted the request on the 25th of May, it is now June 4th, the last day of the 10 day window.

Premise: Though the rebellion at Jaminere was overall unsuccessful, it proved to the rag tag group of holdouts that there was hope. They'd nearly succeeded in their goals but been beaten back by a quick and thorough response by the Sith and their lackeys. It was that failure which drove the so called Rebellion to dig their heels in even harder. They'd doubled their efforts at securing supplies, taken risks that would allow them the ability to gather intel faster, but would it pay off?

A new science facility had been constructed near Rimcee Station. As well, it was noted, the Sith Empire had squashed a bug of a pirate who had all but claimed the station for himself. A new science facility piqued interest at the highest levels of the rebellion. Risky, but the reward could be what they needed to really bring the war to the rapidly expanding Sith Empire. Hesitantly at first, they greenlighted the mission.


(Further details regarding the particular premise will be indicated in the OP on the date of start)​
For reference, the Dominion completed by The Sith Empire can be found here. I highly recommend taking a look over the next few days to line up stories with what has already been established as well as to locate/identify any potential writing partners. As a general note, no one can be forced to write something they don't want to or with someone whom they don't wish to write. Please respect each other's boundaries and try to have some fun with the story! 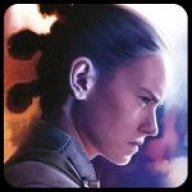 Character Bio
The Rebellion’s Rebellion of a Rebellious Nature.
Should be fun, looking forward to forging a story with the Sith team.

Character Bio
When will this be starting?

[member="Ao Xian"] : I have update the OP to reflect the discussed timeline. Aside from that, the standard rules apply

In interest of keeping this moving, and considering the 10 day period flies by quick, we're going to continue posting. It's been 24 hours since the last post - we'll do what we can to keep story continuity ofc, but if any issues arise, please be sure to reach out.

We were trying to make sure we weren't stampeding ya'all. We're all set to continue but many of us are waiting on you folks

Ah okay I see now what you mean, last post from [member="Vanessa Vantai"]. There were concerns about not giving all of you a chance to post again so I know he was trying to be conscious of that.

Yes if you want to proceed please, by all means. Honestly once you folks are on the station we can keep rolling better.

I'm just waiting for Cale's post so I can officially have the Thanatos redirect his freighter to a hangar bay and you guys can get off. If he's posted, I haven't gotten a tag yet. If you want to move things along, I can either have the ship assume it never received a response, or alternatively you could NPC a response from the Cormorant.

EDIT: Apparently did not receive the tag. Posted in response.

His post is here, below your last. Unfortunately, tags can sometimes malfunction in threads whether due to bad coding, a hiccup in the module, or a copy paste error. I'd recommend subscribing to the thread or checking back periodically - it's slow enough moving that catching up shouldn't take too long like some of the "Endgame" threads.

So far we haven't been redirected except for a scan, to which Cale replied. If you are planning on getting a post out in the next couple hours I can delay and give you time to put a reply up? 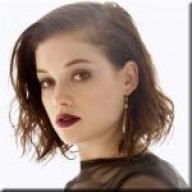 Character Bio
If I'm not too late to the party, does anyone need a posting partner? 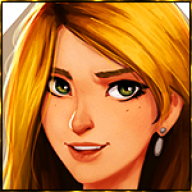 Character Bio
[member="Atlas Viridian"] moving forward can you give more of us who are in that scene a chance to post before posting again? We've been trying to wait for ya'all before we pile on in but we'd for sure appreciate it! If you don't want us to wait for everyone in your group (I know [member="Kira Vaal"] hasn't posted yet) just let us know!

We can definitely account for people posting, but as all of the things occurring were interior to the vessel itself I wasn't under the impression we needed to wait (As all interior parties had posted). As far as Kira goes, internet has been patchy and we have been told to continue and she will post as able. As the conclusion of this thread continues to grow closer, periods of more than 24 hours of waiting kind of kill a lot of valuable story time so posts may come a bit faster - but as noted, we will do our best to not over-step/reach with our posts and give proper time for replies (i.e. not advancing our characters beyond resistance by way of rapid posting etc).

The time now being 1515 CST, a full 10 days (and 10 minutes) from the opening post of the rebellion, the Rebellion of Rimcee is now concluded for judging. You may continue to post from this point onward however any posts made after 1505 will not be subject to the judging criteria.

Thanks for all the interesting plot twists and moments of action! If anyone wants to continue writing, or would like to explore alternate stories after this event, feel free to reach out!