The Greater Maldrood had been swelling significantly, what with Vanessa's endeavours to further the size of the fleet under her theoretical command in preparation for the day the Empire caved in. But that day was long at hand - certainly given the rumors her contacts had trickled back to her. Rumors of a grandiose operation were trickling into Vanessa's ears - an operation where the mass of resources she had accumulated would be put to use. Vanessa intended explicitly to ensure that when the time came, she would be at the forefront of this conflict with the Galactic Alliance.

For now, it was time to make another new friend. A Sith captain, Tavia Elori, had expressed interest in joining the growing number of ships Vanessa held influence over. Apparently she was operating a Harrower Mk III dreadnought, which she had indicated she desired to be updated and turned into a Silencer. Given the Nathema Orbital Platform was now the crux of Defiance's shipbuilding operations for the Sith Empire, it only made sense for their meeting to occur here. After all, there was one last fleet of vessels Vanessa needed to organize.

And having a woman like this on her side would certainly be most useful. 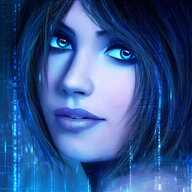 Tavia stood in the ready room of the Desecrator as it docked with the Nathema Orbital Platform for a refit. Of the many possible assignments for an agent of her rank within the Sith Empire's Inquisition, one that came with a significant upgrade to her ship could be described as a plush one. Her mind drifted to the schematics she had glanced over for the refit, her fighter complement would be halved, but her forward offensive capability would be significantly increased.

The door chime brought her back tot he present, and out of her mental review.

"Enter." She ordered, remaining where she stood, watching the platform out of the holo-matrix window. Her executive Officer, Commander Cal Thero, stepped in through the opening door, then took the position of attention.

Tavia wasn't the type to enjoy the power games some higher ranked officers played with their subordinates. She turned to the young man and nodded at the seat across from her own at her desk, then slid into her seat.

"Ma'am," Cal began, knowing her well enough to know that the invitation to sit was also an indication to start speaking, "docking procedures are complete, and we are locked down to shore power and atmo. The yards engineers have already begun the refit, and the crew is at liberty, one third of the crew on board at all times." He continued, Tavia nodded as this was all information she had expected.

"Very good, Cal. Make sure you get on the rotation for some down time. I will be away from the ship for a while."

"Aye, Ma'am." Cal replied as he stood, then walked out of the ready room.

Tavia finished the cold caf on her desk, then walked out behind him, making her way to her meeting with their new benefactor.

After a short walk, Tavia arrived at the office of [member="vanessa vantai"]. She was stopped short of the door by a vigilant secretary, who alerted Vanessa that her guest was waiting.

Character Bio
There Vanessa would be waiting, wearing black conventional attire. Her office aboard the Nathema orbital platform was quite spartan - she preferred function to form, after all - as she motioned for Tavia to sit down across from her in an otherwise comfortable looking chair. Vanessa would open with a smile, pleased with herself all things considered.

"Miss Elori. Captain Elori - which works best for you? I'm admittedly a supporter of informality when we're not on the warpath." She opened with. "I understand that you requested a transfer to the warfleets of the Greater Maldrood initiative. First, I must admit that I am quite thankful to have your support. We've been relying for the most part on the equipment frontline units have been disposing of. This facility here, the Nathema Orbital Platform, is responsible for manufacturing many of if not all of the Empire's major black projects. Crimson Command, for example, was made from the ten oldest XoXaan IIs that were slated for retirement due to spaceframe aging. The Silencers we have are former Harrowers removed from service and refitted. We even have vessels like the Massassis, the Dominator​, and the ​Ablution​ itself that date back decades to the original Sith Empire." She said.

"The intended purpose of the Greater Maldrood is to serve as an island of stability in a sea of torment. Should the Emperor be killed, incapacitated, or otherwise rendered incapable of running the Empire, infighting will occur. The Jedi puppets will make their move and attack. I've seen it happen before and I know it'll happen again. The Maldrood will provide a place for Imperial assets to gather and hold a portion of territory until the threat is over and we can rebuild the Empire as it is intended. The Emperor himself knows this, and I'm not dead - so apparently he's alright with it." She said. "I've made it clear I have no aspirations of trying to take over for myself or otherwise to turn into a warlord."

She sighed. "But I digress. If it's worth inquiring, why do you wish to join my efforts?"

Character Bio
Tavia grinned and nodded as she took the seat offered to her.

"Captain Elori, if you please. When in uniform, I must be observant to military formalities." She replied. "I'm sure you understand."

"This is quite the facility, I've not often seen it's like." She continued after listening to Vanessa, keeping the conversation flowing.

"There are few people who would ever postulate about the death of His Imperial Majesty." Tavia paused for a moment, watching Vanessa. "Many people are short sighted though, no one has ever attained true immortality, and there is no crime against looking to the future and attempting to ensure the continuation of the Empire." She continued with a smile.

"That is why I wished to join this...Greater Maldrood. The Empire practically owns the eastern quarter of the Galaxy, with few threats to our authority. History shows that this is the time when corruptions tend to flow into governments, corruptions that lead to the breakdown of society. I do not wish to see the Empire fall, but if it does I wish to be able to see it preserved." She smiled again.

Character Bio
'The facility in question is a combination research station and shipyard." Vanessa answered. "A place where a variety of prototypes and special ships can be constructed. Officially it's the manufacturing facility for Defiance Consolidated Multipurpose Manufacturing, where we make things for the Sith. I guess it's half true at least." She said.

"Postulate? I've seen the Emperor die before. This isn't exactly something that's never happened to him before." She said, sighing. "My only complaint is how critical Kaine has made himself within the workings of the Empire. Every single section of the Sith government revolves around him. If anything​ were to happen to him, all we've done, all we've built - everything we've accomplished would collapse itself into a microcosm, so easily assailed by the Alliance, the Silver Jedi, or any of those pathetic proxy puppets run by our ancient enemies. I was there when Krag..." She stopped. "Let's just say that Krag was not a good Emperor. Our fortunes as they existed were reduced to ashes when he made his move against Kaine and took the throne. There were some who stood together for a time, but soon they were lured away by the calling of the One Sith. The calling of another opportunity to strike at the then-extant Republic."

"But enough reminiscing." Vanessa said. "It's good to know the Empire has people that are as loyal as yourself. Who wish to see it survive whatever trials and tribulations may come to it." She considered the situation. "Your ship is soon going to be refitted to Silencer capabilities. At the front, it will fit a super-heavy beam cannon capable of inflicting tremendous damage to other warships of its size."

Feeling more comfortable, She smiled. 'If you have any ideas as to how we here in the Maldrood can grow, or better prepare - please, don't hesitate to speak up."

[member="Tavia Elori"]
You must log in or register to reply here.