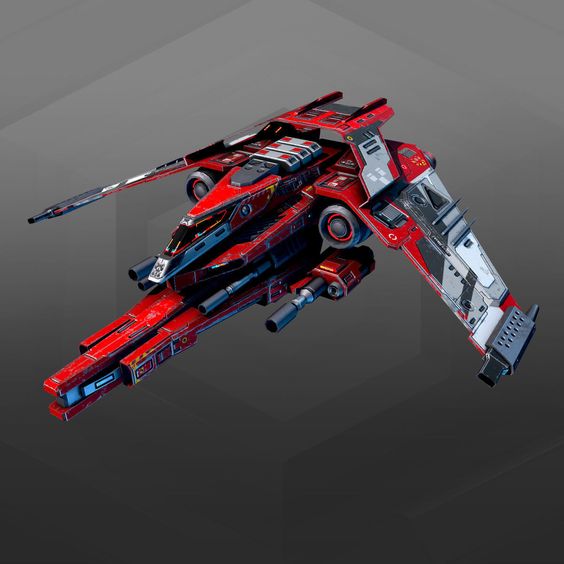 Intent: To create Interceptors for the Agents of Chaos and to fill a creative itch I am feeling.
Image Source: CGTrader
Canon Link: N/A
Permissions: N/A
Primary Source: The inner machinations of my mind are an enigma.

Built to fill a need within the growing forces of the Agents of Chaos, the Needle is a nimble, small fighter, designed to prick away at the enemy forces. Nyree got the idea of the vessel in the middle of a drunken rave when one giant, dolting fool stumbled in front of her, blocking her view of the stage, and one particularly great Go-go dancer. To make things worse, he smelled like the bad end of a bantha crap shovel.

“I hope you die, stabbed by a thousand needles!” she shouted. And, as all, misunderstood geniuses are, Nyree was taken way too seriously.

The shipwright who she was hooking up with at the Rave dedicated the better part of three months to make her dream a reality. He crafted, designed, and created what became the iNf-46 Needle, an interceptor worthy of the title. The first squadron of iNf-46’s spent their maiden voyage and proof-of-concept run carpet bombing and killing the man’s entire home town. After this poor shipwright was arrested for his crimes against humanity and subsequently executed, Nyree received an email from the shipwright professing his undying love and showing how he did it all for her. Attached were the schematics for the iNf-46 Needle’s creation.

Nyree of course, was completely surprised. It was just a fling--she’d forgotten about the whole date until she got the email but that’s showbiz baby. A woman of incredibly flexible morality, Nyree made a few modifications to the design to her own liking and sold them to the Agents of Chaos for production and use.

Now the iNf-46 is another part of the Agents of Chaos’ growing armed forces. They serve as great fighter defenses for larger vessels, incredible swarms attackers for the behemoths who have poor/no fighter defense, and solid planetary defense. Their advanced speed, agility, and weaponry makes them more than able to hold their own in decent dog fights--and in the event they encounter a ship too fast for them to take one on one, the iNf-46 has the advantage of numbers on their side. With a rapid reload option for their payload, the iNf-46 can make quick carpet or dash runs and scurry back for another run in a short amount of time.

Unfortunately, there is a price for basically strapping guns to an engine and calling it a ship. The iNf-46 lacks a hyperdrive, limiting its deployment capacity to what other ships can do for it, or where its home bases are located. Perhaps even more dangerous, their rapid reload ability leaves their underbelly vulnerable.
Last edited: Feb 21, 2020