Character Bio
Training to be an Imperial Knight​
​
​
Okay my most favorite people on the board, it is time to talk about the training that Imperial Knights must undergo in order to be promoted within our order. To give us a little more zest to our system and create a basic guideline of what you need to do, I have decided to implement a new system within our Imperium that will keep things organized and ensure those that deserve to be promoted are.​
​
​
Cadets must go through mandatory trainings in order to be promoted to the next rank. In order to keep track of what they have done and also to advertise themselves to the rest of the faction (so that they may find a master) each Imperial Knight must create a thread in the soon-to-be-created “Archives of the Order”. I will provide a template that can easily be filled out and will take not but a few minutes (at maximum) to post it up. The reason behind this is to make things more organized in our order and increase overall fun!​
​
​
These mandatory cadet training threads will train our Imperial Knights to all have the same basic core traits that will lead them onto the road of becoming true organic weapons. Once a Cadet has successfully completed his required trainings, plus additional trainings and threads of his choice, he is eligible for promotion. Upon promotion, the newly appointed Knight must decide what he will do with his path. Will he become a jack of all trades? Or will he choose to specialize in a certain aspect of the force? After choosing a path, the Knight must complete additional required threads and start learning more advanced powers. After a sufficient amount of training has been seen, any master or the Imperator can nominate the Knight for promotion.​
​
​
If the Knight is found as having had enough training and experience, then the final path begins. If your Knight chose to become a jack of all trades, this is where your character begins to learn the most powerful aspects of the force. However, since they are a jack of all trades they give up being complete gods in favor of having multiple and extremely powerful guns in their arsenal. If, however, your Knight decided to start becoming a specialist this is where he/she will begin to learn the most powerful techniques in their chosen specialization and become gods among men.​
​
​
The templates for the Archives will be out soon, but until then keep on doing a great job and soon we shall free the galaxy from evil with our iron fists of justice!​ 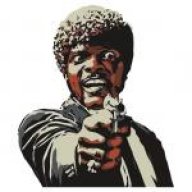 Character Bio
Indeed. I can't wait to be kiiiiiing....I mean....an imperial knight. But, I think Imperial Knights should have at least 800-1000 posts. Therefore they are experienced in battuuuul! xD (battle...) 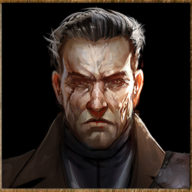 Well what about me? This isn't my main character yet Davin is experienced as far as fleet combat and marksmanship goes. He's got IC threads to prove it as well. There should never be a post count for promotions. Quality > Quantity


I have to agree with Davin on this one

Character Bio
@[member="Davin"]
Just like the tags, it would be to make sure they were active. But, I understand where you're coming from.

I get where you are coming from, but if they aren't active they won't complete the required threads anyway. Thanks for the input though, I like to see people try and better our faction.