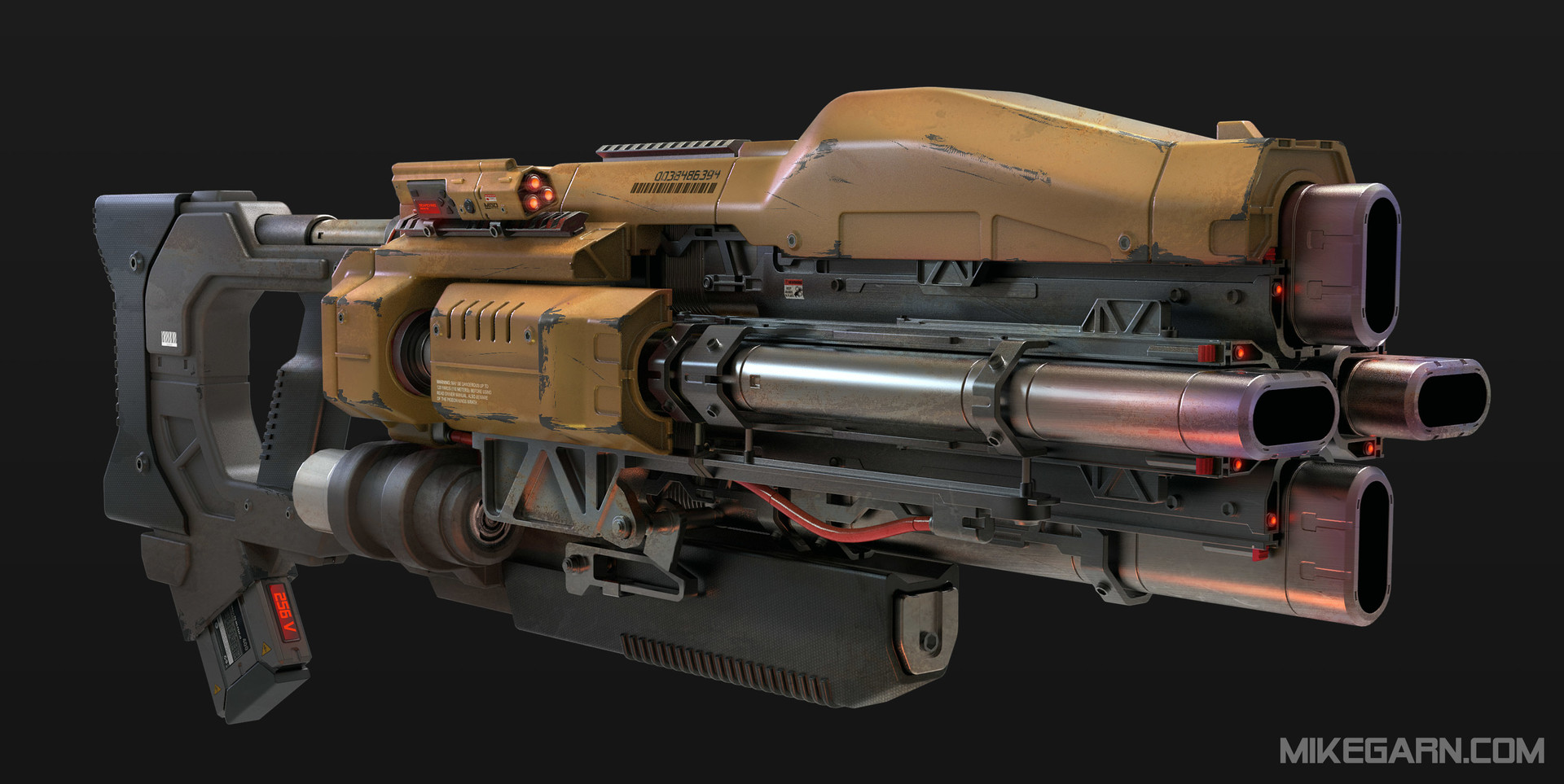 PRODUCTION INFORMATION
TECHNICAL SPECIFICATIONS
SPECIAL FEATURES
STRENGTHS
WEAKNESSES
DESCRIPTION
These weapons were created by Mirdirmorut in response to the need of heavy weaponry within their arsenal. They took the idea they had with the Plasma Railgun when they downsized it instead going with a plasma hypervelocity cannon downsized which ended in this four barrel weapon.

This weapon is heavier than most other weapons within the Mirdirmorut's arsenal and a lot larger. It is also rather slow to fire as it requires the barrel to turn to the firing position to fire unless all four barrels are fired at once which requires more time to reload from but is a better hit. The weapon doesn’t have a lot of recoil due to the weight of it as well as the fact it is mainly a plasma based weapon. It also has the range to hit across the battlefield which is very useful for taking out anything from artillery to removing aircraft from the sky.