One would have to say that it has been a while since these two had last seen each other, their last encounter was at an older cantina on an outlying world near the borders of Republic space but the last time Justice and DarkRaven had seen each other ended in a battle of agility and escape since they were both trying to escape the republic police for making a nuisance of themselves while being drunk.

That was one night Justice would like to forget and was one night she would not want to remember but as it was she was somewhat attracted to DR and not knowing his real name made if even more of an obvious attraction for her, as she walked out of her ship and towards the newly built resort on the planet of Endor she made sure to bring some items that would allow her to do her work while on vacation.

As she walked toward the resort she had two things on her mind, the obvious first was to relax in the suana's of the resort and to work on her athletic build, and the second was to meet back up with DR and maybe this time get his contact details. 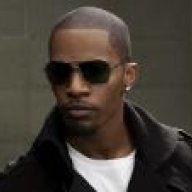 He didn't know what had brought him to this new luxury resort on Endor, he generally stayed away from the ewoks, what most considered cute, he found annoying little furballs, especially since they had destroyed the Sith Empire he use to belong to. He scratched the back of his head as he saw Justice's ship. She was here it seemed. Of all the planets, of all the resorts they were going to meet at the same one. He had not thought about her since that night.

It wasn't going to be a problem, she had made it obvious that she was in to him, she made it clear but he was not sure where he stood. He removed his sunglasses and placed them in his pocket as he walked into the resort.

Justice was already in her room and had changed into her athletic clothes and got her gloves and foot pads on, as she looked at herself in the mirror she then fixed her hair and walked out of her room, she wasn't paying attention and bumped into someone... Upon looking she found it was the man from that night @[member="DarkRaven"] and smiled gently up at him.

She was wearing a pair of white and pink athletic short shorts, that were very form fitting with a tank top and a pair of running shoes, as she stood there she smirked up at him and then walked off... she was surprised he was actually here.

He turned his head and looks at her, he shook his head, bumping into her. He looked her up and down, grinning widely to himself, he nodded his head politely and said Odd to see you here, their bar isn't nearly as good as the last one you were in. He continued to walk to find his room, he had only just got here. He found it and opened the door. He sighed, there had to be a mistake, someone else was already in this room. He rushed to reception and looked at the ewok and rolled his eyes.

Excuse me, there is someone else already in my room, there's been a mix up. He said to an expressionless ewok.

She continued to walk off and then got to the gym and began doing her routine, she was here for one purpose and that was to relax... as it was seeing DR again made her excited and made her not able to relax... as she continued to do her own routine her mind and thoughts were invaded with the flash backs of them running from republic law and escaping... boy that was such a fun time.

He sighed the ewok ended up being worse than useless as he picked up his belongings and walked back into his shared room and placed his clothes and whatnot into the spare draws and such. It seemed he was sharing the room with a female, who he did not know exactly right now but he shrugged and left the room and headed to the spare, his muscles were tense with the hunting and such.

Justice continued her routine and made for a very relaxed time as she was now doing some sit ups from being suspended by a ball, it was very relaxing and as she did this she allowed her mind to be cleared and allowed herself to relax.

As he laid there he thought about the one time he was with Justice, he heard the masseur enter and cleared his mind as he felt their small hands knead his tense shoulders, pushing his torment away.

Justice continued to work out and her mind began to wander over to DR's images of their time running from the law and hanging out in the rain, she remembered holding on to him near his ship and remembered the feeling of wanting to be kissed that night by him, but the kiss never happened and they parted ways just to make her regret not kissing him.. she smiled as she remained doing the sit ups suspended by the large ball and breathed in and out slowly but also deeply. By this time she was sweating and had worked out a lot.

She then got up and walked over to the jogging machine and began her daily 3k mile sprint that she would usually do whenever not on assignment.

As the masseur finished his massage as he stands and rolls his now loosen shoulders. He nodded to the masseur, looking around curious what to do now as he noticed a gym around the corner, it was where Justice headed. He walked over to the gym, he put on his workout vest and long shorts. He entered the gym and went straight for the lifts, pushing a heavy load out on the bar, then turning to Justice, he casually said Mind spotting for me? He then slid under the bar and slowly started lifting and pumping his arms bench pressing the heavy weight, grunting every now and then.

Justice watched DR walk in and got straight for the weights and smirked at him, she then heard his question that was more like a statement and turned off her own machine since she was at 500 miles by then and casually walked over to him and unknowingly swaying her hips as she walked over.

when she got to the bench she stood above it and watched as he lifted the weights and spotted the bar for him while making sure he was alright while lifting the weights... she looked down at him and smirked casually as she watched his muscles contract and tighten.

He attempted to focus on the weights as he reaches 50 bench presses. His muscles groaned with the stress of bench pressing such a heavy load. Once reaching 100, he sits up and feels the sweat rolling down his strong arms as he looks around and then falls to the floor, but in a split second, stops himself and begins his push ups.

She watched as he bench pressed and then went into push ups and giggled playfully as she watched and then sat on the weights and watched as he did his push ups, she was already very sweaty so she just took a short break while watching him.

He smirked as he heard Justice's giggle, he knew just from that giggle that the woman was still very attracted to him as he grunts How... you.. Ugh... been? Not causing... Too much... Urgh... Trouble? He chuckled to himself, remembering that evening very well.

She smiled at him and watched as he did push ups and then for extra help she placed her feet on his back to give him some weights and remained relaxed and focused I have been very well, focusing on my company and on my duties in the Fringes... how about you? she stated and then asked as she sat there.

He suppressed a growl as she placed her feet on his back, he ignored it and continue to do push ups. Fringes? Lords of the Fringe? I heard that's gathering in strength, I wouldn't refuse an offer off them if they needed someone to do some good hunting. I've been keeping busy, between the women, hunting and drinking, times been flying by. Though I do have to share a room with a woman in this place. He switched to start his sit ups.

She giggled as he mentioned having to share a room with a woman and then took her feet off his back and stood and then used a playful voice I must head off for a quick shower, have fun with your push ups she stated and then walked off swaying her hips trying to entice him to follow her.

As he did his sit ups, ignoring her swaying hips, he focussed on his training. He wanted to be at his physical fitness, but unaware to the both of them, that they were sharing the same room. He felt his stomach muscles tensing and working hard with each thrust upwards.

As she walked away she noticed a few men enter the place and staring at her as she walked by and headed toward her room, soon as she put the keycard into the slot and opened the door she noticed that someone was using her room as well and smirked... she then went into the bathroom and begun taking a shower.

He finished his exercise, standing he rolls his shoulders and groaned he could feel them starting to tense up again, he sighed, perhaps next time he should exercise then massage. He walked out of the gym, hearing several guys talking about Justice in ways that churned his blood some. He walked into his room and heard the shower going, Hello? Who's in me shower?!
You must log in or register to reply here.
Share:
Share
Menu
Log in
Register
Install the app
Top