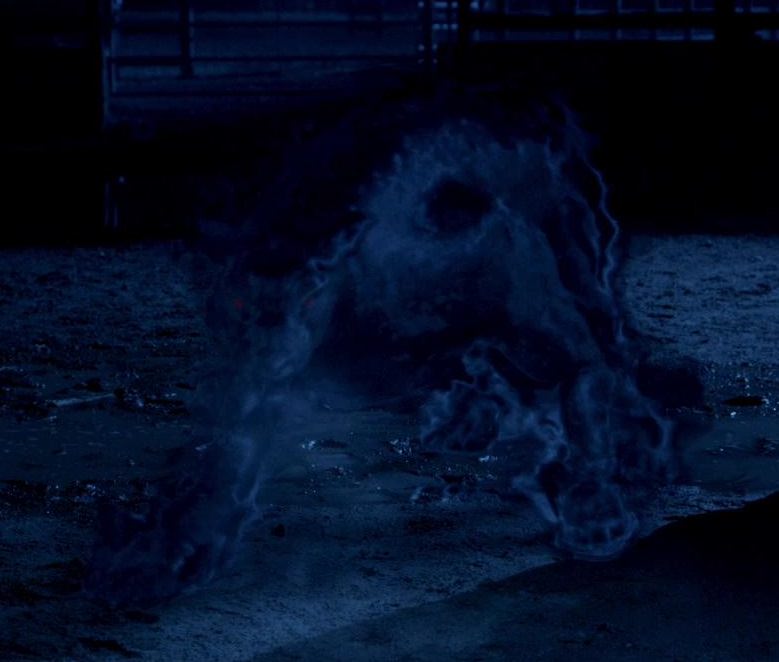 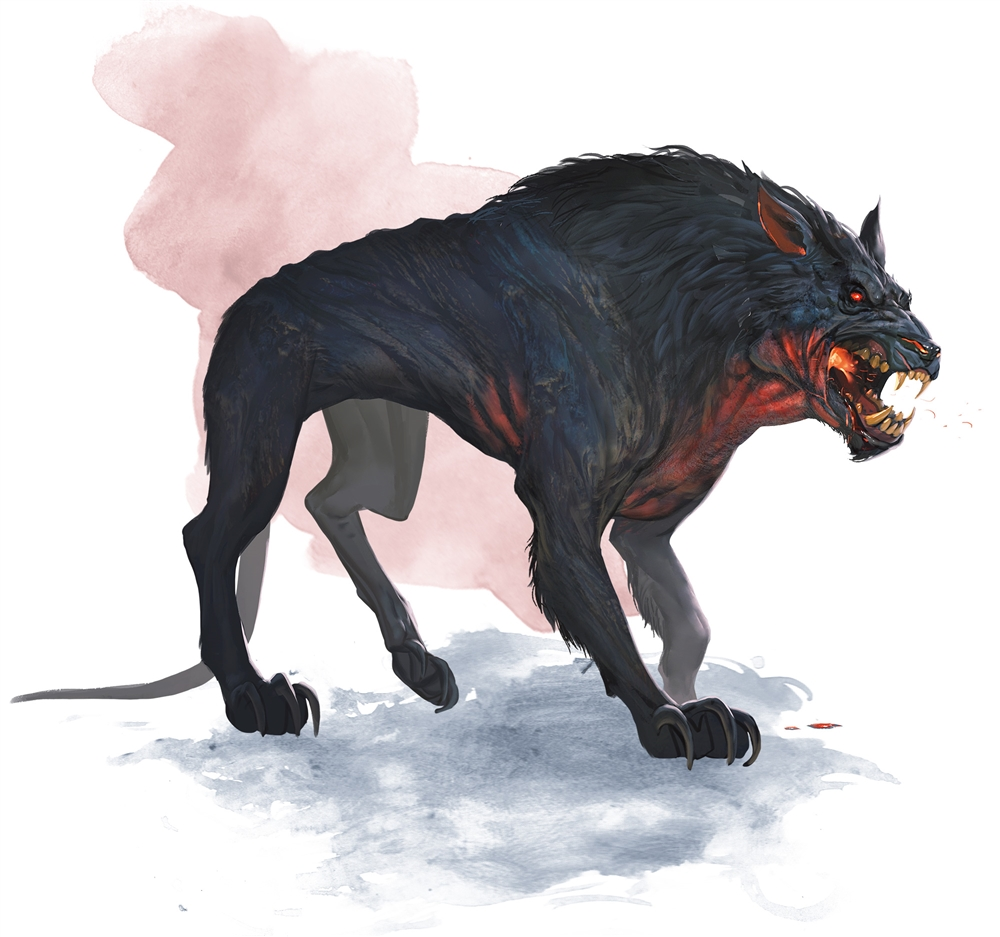 GENERAL INFORMATION
Name: Hellhound
Designation: Non-Sentient
Homeworld: Tython
Language: Ancient Sith | Galactic Basic
Hellhounds are not able to speak, but are able to understand commands given in Ancient Sith and Galactic Basic.
Average Lifespan: 20 Years
Estimated Population: Semi-Unique
Description: Hellhounds are roughly wolf-sized canine creatures with only a short mane of fur around their necks. They are most noteworthy due to the fact they are invisible in the visible spectrum of light and difficult to detect with conventional methods. They use this advantage to perform ambush hunting attacks and make use of pack tactics to quickly disable prey.

PHYSICAL INFORMATION
Breathes: Type I
Average Height of Adults: 85 Centimeters
Average Length of Adults: 158 Centimeters
Average Weight of Adults: 60 Kilograms
Skin color: Dark Grey
Hair color: Black and Red
Distinctions:
Races: Not Applicable
Strengths:
(+) Invisibility: That’s they key part of their biology, the Hellhounds are not visible in the normal spectrum of light. This is what makes them dangerous, the ability to sit and wait patiently out of sight for their moment to strike.

(+) Keen Senses: Hellhounds make good hunters, while not using Force Senses like Vornskr, they have strong senses of smell and hearing, and can detect heat like a pit-viper.

Weaknesses:
(-) What is that?: Things like smoke or dust can cause an outline to form where they are, infrared detection can see their breath and heat dispersion, they still leave paw-prints, sonar and X-Ray are able to detect them just fine as is Force Sight.

(-) Sensory Overload: Strong senses means their sensory organs are fairly fragile. High frequency sound can cause them pain, strong smells and odors can disrupt their senses, and they are more affected by poisonous gases.

(-) Its not a Tumah: Hellhounds are prone to developing to tumors due to their unstable genetic creation.

(-) Nullification: While its Force-related cloaking is passive, it can be disabled by Null Stones and Ysalamiri fields, rendering them visible.

CULTURE
Diet: Carnivorous Diet
Fungi and Berries are Poisonous causing stomach discomfort, vomiting, and possibly death.
Communication: Non-Verbal Communication
Growls, Grunts, Howls
Technology level: None
Religion/Beliefs: None
General behavior: Hellhounds are aggressive hunters, using pack and ambush tactics to surprise and quickly dispatch prey. They are loyal animals to the master they are bonded to, often like pets, capable of showing affection and responding to orders, but territorial and aggressive to others unless called to heel.

HISTORICAL INFORMATION
Hellhounds are not a natural species brought on by evolution or natural selection, but instead bred and created using a combination of selective breeding, gene-splicing, and Sith Alchemy. By gene splicing Maalraashttp://starwars.wikia.com/wiki/Maalraas and Chameleon Creatures together, Orthus was able to create a cloaked being, but the resulting monstrosity was little more than a mass of flesh and sickening misshapen bones. The being was barely able to move, and only lived a matter of weeks before its genetic make-up became too unstable and the creature died.

In an effort to help stabilize the beast it was treated with Sith Alchemy and combined with an Anoobahttp://starwars.wikia.com/wiki/Anooba/Legends which resulted in it being canine in shape and was relatively functional. It took several generations of selectively breeding the most genetically stable and the most canine appearing specimens, as well as several more alchemical alterations in order to create a stable creature, which are still prone to developing tumors, before Orthus was satisfied enough to bond with a handful of the creatures.

So, I really like this sub. I admit when I first saw 'invisible' I had a 'hold the phone' moment. But you have made this something cool and low key rather than "super invisible monster the can kill everything and be hurt by nothing" and I really dig it.

Minor thing I need you to add then I can stamp this:

Since the species is non-sentient, can I just have you qualify here that it 'understands' these- I assume you mean the way a dog would (commands)- if that assumption isn't correct can you clarify? Thanks!

Hellhounds are not able to speak, but are able to understand commands given in Ancient Sith and Galactic Basic.
Click to expand...