​
Well hello there! I didn't see you come in! My name is Helly Reyne, frontwoman of the punk rock band Hartlite, and I'll be your host for this wonderful evening/morning as we take a look at this completely unbiased, fair, and objective profile for... just a splendid individual. So enjoy!

Have I ever mentioned how much I despise my father? Because I do. A lot.

You wanna[SIZE=11pt] know the one person I [/SIZE]despise even more than my father?

I’d like to introduce you to my sister- or, more realistically, my clone- Helicent Reyne. I refuse to go by that name anymore for a reason, after all, ever since I figured out I was replaced by Helicent 2.0 over here.

​
Y’see, when I was little, I got into an accident in a speeder (that my dad was driving, mind you) and I died. Body got all mangled and everything. But worry not! My dad was an engineer, so he just put me back together the best he could because he was so overwhelmed with guilt. But sadly, this wasn’t good enough for my old man, what with having to live with the constant reminder of what he did whenever he had to recharge me or replace parts. Must have sucked to be him. 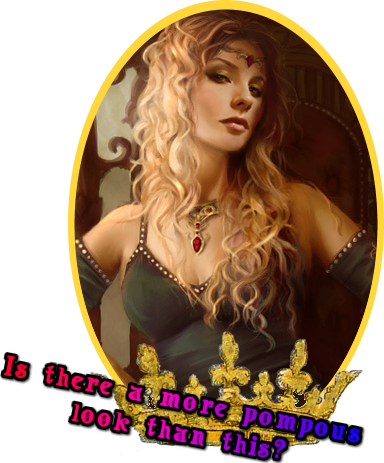 So then he tossed me out like yesterday’s garbage and opted for a clone instead. He didn’t have me terminated, at the very least, but I don’t think he ever expected to see me again.

Then I became a celebrity. Oops!

I didn’t know [SIZE=11pt]about[/SIZE] what had happened since I was abandoned, considering my father had changed my memories around so that I wouldn’t feel neglected. I certainly learned, though. The cool thing about being famous is that you get connections, and those connections prove all too useful in a case like this.

You might be thinking… “How could your clone possibly be any worse than your father?” And I’m glad you [SIZE=11pt]asked,[/SIZE] because I was convinced it wasn’t possible either. I contacted Helicent personally one day, once I had gathered enough courage to confront my own replacement. She had heard of me, which was a relief, and she knew everything about me already. Remember how I described myself as “yesterday’s garbage”? Yeah, well, I got that one from Helicent.

Here’s a quote straight from Helicent’s lovely mouth: “After seeing your ‘art’ it’s no wonder my father wanted you replaced. I’m sorry to say, but it’s my humble opinion that you should never have been put back together. It’s an affront to the order of things, especially when the only solution worth considering would be to start over from scratch.”

I don’t know if it’s the fact that I’ve been memorizing lyrics for so long or if it just had that much of an impact on me, but I’ll never forget each and every word she spoke to me in detail. I thought I’d take her away from the situation she was in with our awful garbage-dad and get to know her. I even thought that the first impression was a fluke, that she just couldn’t handle being a clone of another person. I wanted so desperately for that to be the case, but after some more digging, I realized that it wouldn't be so easy.

I was comprised of just about everything she seemed to hate; art, technology, music, creativity. She meant it when she said that there was an order to things, and clearly I had no place in that order. Even beyond just that, she’s a force user! I’ve definitely heard my fair share of why that makes her superior to me on its own. If she’s a clone of me, does that mean I am as well? I don’t know, but if it makes me self-righteous like her then I’ll take a hard pass.

​
And despite all of this, after all of the godawful things she’s said and done, I mean… She’s still a little sister- kind of- a little bit. It’s not like she chose to be the horrible creation my dad decided to make instead of just, y’know, being a father and owning up to his mistakes. But believe me, if there was a way for me to get through to her, I would have done it by now. I even wrote a song about her: Spoiled And Forgotten.

[SIZE=11pt]...And then I wrote another song about her after that called Last Words. And before you go thinking that’s some veiled threat towards her, it’s a heartfelt song and you should listen to it… maybe pick up an album or two, we just came out with our third… Anyway, it’s about how our last words to each other, whenever that may be, shouldn’t be out of spite, but rather out of respect. Or at least out of tolerance, I mean I’d take just about anything at this point.[/SIZE]

[SIZE=11pt]I don’t really know how much hope I have anymore. For all I know, she’s completely lost to her own twisted ideals by now, absolutely corrupted by power. I just wish she could understand that there’s more to life than order, and there are more important things than her own potential in the force. Part of me knows she’s already gone.[/SIZE] 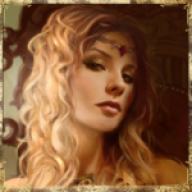 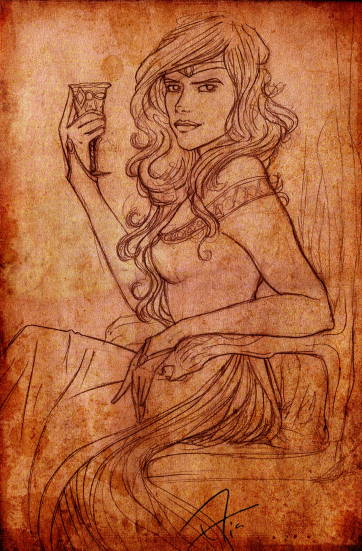 The force was never given to anyone. The force is natural, like all things, and whether one is gifted or not, those who are too blind to see it within themselves do right by not attaining it, as they do not deserve it. And those who are blind are easily controlled.

I was created to be [SIZE=11pt]pure,[/SIZE] so that the faults and imperfections of the one who came before me wouldn’t persist through the superior iteration. Helicent ‘Helly’ Reyne is talented, she garnered galactic fame with said talents, but she was too short-sighted. When I look to the future, I see a galaxy without crime, entire worlds behaving in a productive fashion, and prosperity most of all. It’s shameful that my base form would rather see chaos spawn where order should otherwise be, but if it wasn’t her, then I’m sure another upstart musician would have happily taken her place.

No, what I value is power. It is the same thing that everyone values most, but few would say it. After all, those who seek to gain power are seen as selfish, greedy, problematic. We’ve all been taught this so that we don’t get in the way of those who do seek power in secrecy. We hold in what makes us thrive, that same greed and selfishness, and [SIZE=11pt]instead[/SIZE], trick others and even ourselves into believing that we are not as such.

I will never have a single complaint to voice about such a social phenomenon, as it truly does make it easy to take advantage of that same naïveté.

Go ahead and call me your crass names, show your disgust in whichever disgusting methods you so prefer. While you’re chastising my actions, I’ll be too busy doing exactly what you wish you were smart enough to do yourself.

Although these areas are my specialty, I don’t believe that I have mastered these aspects of the force in a literal sense, for I don’t believe that anyone can truly master any aspect of the force. If you were to have another person you trust implicitly to aid you should you need it, would you say that you’ve mastered that person? Unless that person happens to be your slave, then I don’t believe it would be practical to say that you are their master, just as the force itself has no master. Believe me, if anyone could master the force, I would have enslaved it years ago.

It is for that reason that I refuse to accept a rank in the force, for such a thing is nothing short of egocentricity for the sake of making oneself feel better. I know of my own capabilities, I don’t need some sort of academy to tell me how proficient I am. The Jedi are self-righteous and the Sith are too far lost in their own petty desires. Neither of these paths [SIZE=11pt]have[/SIZE] enticed me, not when I could forge my own path.

There is no light nor dark, nor shades, nor spectrum. There is only power.

Character Bio
Like what you did with the character sheet. Looks very cool!
You must log in or register to reply here.