"He doesn't have a name anymore" (PAST RP)

Please join if your character is apart of the evaluation or has been in the specific prison, thank you.
The recording has been tampered with, and in some parts, destroyed. The audio cuts in and out at certain parts, and goes dark for several minutes at some points.

"PRISONER 4897-"The audio cuts out at the obvious mention of the name, and the lips of the guard are blacked out, akin to that of a cursing person on holovision. Roland ceases his pullups in the yard, and puts up his hands. He knows what it means. It could either mean discipline, transfer, or evaluations or something medical. He felt fine and had no pre-existing conditions, so it had to be one of the others. None of which, he was particularly excited about. Desolation row. Such a terrible prison, but he enjoyed watching the podracing and even making a little money off the betting. Though he did have to snap someone's neck when they didn't enjoy having to pay him up. Roland had gained a reputation for ruthlessness and the effectiveness of that ruthlessness that he employed. When he assaulted or even killed another inmate, he didn't drag out his time, he did it in such a manner that was brutal and effective, which kept him safe from snitches and other assorted people trying to harm him.

Three guards, two on his flank and one at his back, shackled him up and started to lead him out of the exercise area. Groups of prisoners in this magnitude were not given ultimate freedom when it came to physical exercise, so he was only with a small group of other prisoners. Effective for control and assimilation, due to the fact that it made escape and assault otherwise impossible save for eating and other smaller rooms of the prison. It was not heavily guarded as you might think, due to the fact that the transports most likely all had individual codes and ID scanners and the whole nine yards, so getting off an asteroid would require someone to care about you. And since you were here, nobody cared about you. He also wondered if the prison had the ability to depressurize certain parts of it. Another control method. All the while Roland was being led to another section of the prison, one he hadn't been to before.

He was led to an office, and interestingly enough, was released of his shackles and restraints and told to go inside. He thought of assaulting the guards and making an attempt for escape, but he thought against it and instead entered the room. He found himself enveloped in a mess of colors he wasn't used to, and found it sort of daunting. A hand behind a desk, manicured to perfection, gestured him to a shrink...seat. Great. Evaluations. But he wasn't being asked to run twenty miles or fight three men at once, this was different and from a different person. Or it couldn't be. The voice at the chair, whose tall back did not allow him to get a good look at whomever it was, most likely feminine. Or at least, he hoped. Feminine men tended to put off Roland and annoy him.

He sat down in the seat, his prison uniform making him feel even more alienated. The voice asked him his name and prisoner number, and he gave the voice it. The voice was quiet, and he waited for the voice to finally reveal itself. He blinked a few times, leaning forward in the seat, even though it was designed to be laid down on.

@[member="Circe Savan"]
I write characters and whatnot

Character Bio
"So, Mister [CENSORED], tell me a bit about yourself, about how you ended up here." The psychologist turned around, leaning back in her chair, her platinum blonde locks and green eyes standing out vividly against her white lab coat. She had been chosen for his psychological analysis based on a random lottery.

Of course, no one knew that she was Circe in disguise. Tracyn had been imprisoned here, and she was hoping to give him the psychotherapy he so greatly required.

Roland didn't look to be too excited about the entire ordeal, so a grunt was the first thing that would be a surprise to the shrink. He stared at her for a long while, a cold and intimidating stare. The stare of a man without a soul, the stare of a killer in every aspect. He cracked his knuckles, leaning forward.

"I killed my stepfather."

He said bluntly, staring at the shrink. He didn't like these tests, it seems like someone was pushing him through a lot lately. He stared at her for a long while, blinking for a time."What are these for? All these questions and tests anyway?"Roland said, leaning forward further, placing one hand on his knee and leaning forward.

@[member="Circe Savan"]
I write characters and whatnot 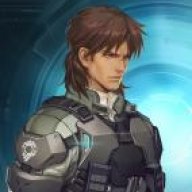 Duggan had been in prison for some time now, two years an forty five days to be exact, He was in here for 'murdering' five people who had clearly attacked him. The door to his cell opened "prisoner 7491, Duggan, follow me," a guard said "your being tested again." Duggan knew why, they wanted to see if he could return to society, they thought he was insane "bout time." he grunted as he stood up "and this time," the guard started "don't attack the doctor again." Duggan chuckled "I told you already, he attacked me." the guard looked at him "I was standing five feet from you, I know he didn't attack you." No matter how many times he said it no one would believe Duggan when he said that he was attacked by the doctor and he did what he could, defend himself. The guard led Duggan down multiple hallways until they came across a office, with another in front of it "who's that?" He asked looking into the other office "doesn't matter." The guard said while opening the door of the office Duggan was 'tested' in last time "same doctor?" He asked "don't know. But I'll make sure to keep a closer eye on you this time." The guard pushed Duggan into the seat. "alright," he said "doctors here" moments later a door on the other side of the office opened.
Kallion
You must log in or register to reply here.

Mistakes of the past (past RP)

I am outta here. [Slightly past RP]

Freedom at last. [past RP]