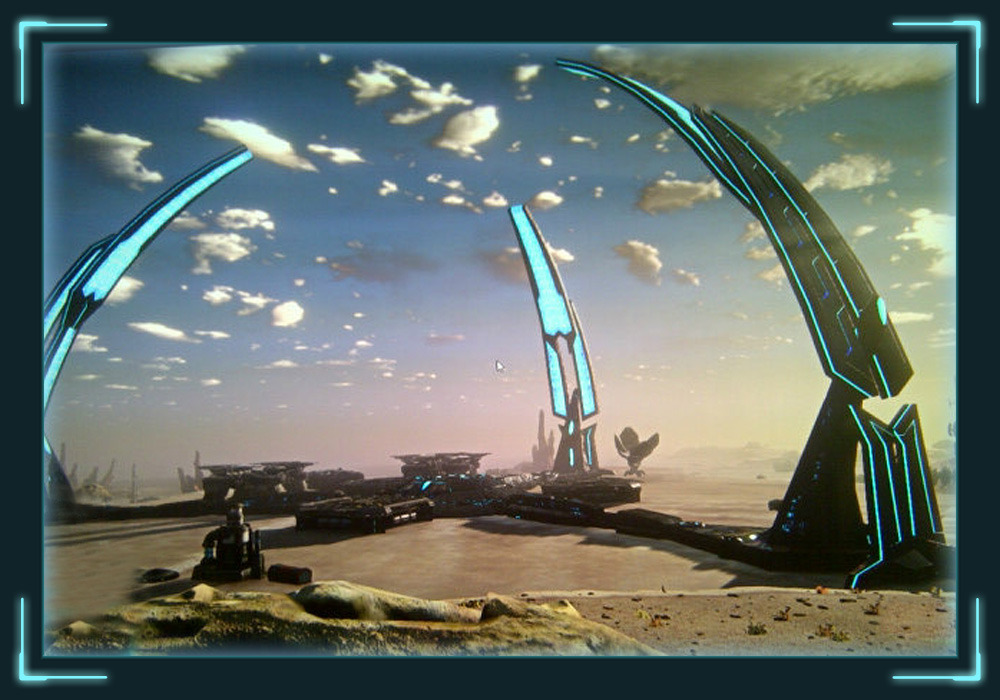 Intent: To create a powerful and reliable shield system designed to protect key locations from an extended assault.

Description:
Designed specifically to protect key military and government facilities from the ravages of war, the HAS-MS is a two part product. The first and most obvious aspect of this shield system are the three large, curved towers that surround the complex it is being built to protect. These towers are structurally reinforced and are protected by a layer of Durasteel armor and an interior latticework of Durasteel beams. These towers are connected by a series of underground tunnels to a central power station where a powerful generator stands by to power the shields when needed. While not in use, the generator powers the base or complex it is built under and charges a series of capacitors. These capacitors hold a considerable emergency reserve of power and can power the shields for eight hours of continuous use should the reactor shut down. The reactor, while powerful, does have its limits. Testing shows an average operational period of 48 hours of continuous assault will overload the reactor and force it to shut down, which then triggers the capacitors to take over. After eight hours of cooling, the reactor is only capable of withstanding another 4 hours of continuous assault.

The towers of this shield system have dual emitters for simultaneous ray and particle shielding. The exterior arc of the towers holds the emitters for the ray shielding, while the interior arc holds emitters for the particle shielding. The particle shielding is a redundant system which is only brought online if enemy infantry are closing on the military installation or should the sieging force prove to have adequate projectile weaponry to threaten the installation. Powering both shield systems at once is a huge draw on the primary reactor for the facility and can cut the total operational shield life by a third or half again, depending on the situation.

Both shields produced by the towers form a perfect dome over the base and protect it from both orbital and artillery bombardment. However, due to the nature of ray and particle shields and the placement of the particle shields on the interior arc, the towers are vulnerable to targeting by projectile weaponry. Though they are protected by Durasteel and reinforced to withstand a considerable amount of damage, sustained bombardment of a single tower will eventually compromise the system.
​
"The Technology You Need, The Quality You Trust."​

I'm going to have to ask this to be lowered to minor production.

Not that I mind (It's for selling and I don't have any immediate plans to use it). But could I ask why? Technology wise, it's not particularly complicated.

Also... does Minor Production mean that I am limited to a specific number to be produced, or just that I can't put twelve on every planet?
​
"The Technology You Need, The Quality You Trust."​

Character Bio
@[member="Captain Larraq"]
Ah sorry , thought I added why. While it's not complicated it would take a lot to build it, and the reinforcements within the durasteel make it harder to destroy than I'd initially anticipated (I was about to approve it off the bat til I realised this)

Minor is the space between unique (1) and something being a typical thing to see here there and everywhere. It's limited to either a set amount in itself (aka a batch of them) or a decent amount but it isn't common-place and totally available to everyone everywhere. So where mass production would be sold in the thousands, millions, whatever, minor would be less. (if that makes sense, 'tis late here sorry)

EDIT: anything else?
​
"The Technology You Need, The Quality You Trust."​

Character Bio
@[member="Darth Kyros"]
​
"The Technology You Need, The Quality You Trust."​

Character Bio
This didn't come through until now, I apologise. Yes, that's better thank you