The Guildhouse Estate of Cinnagar
Afternoon

It was official. The Hyperspace Guild of Cinnagar was having it's grand reopening festival today. The stone streets of the Highlands were lined with ribbons and banners announcing the celebration. The market as bustlingly with townsfolk and travelers all gathering for the event. Even the local Intergalaxy Starport was preparing for a surge in customers this lofty weekend. It was going to be a party.

Well. ...That was what the posters and glittering invitations said anyway. Truthfully, it was just another one of Vanilla Toner and Marcus Leman's hair-brained schemes into striking it rich. With the money from Marcus' Carbonite investments finally all spent and the Guildhouse looking new and renovated? Maybe they could really pull this off?

"You really think this is gonna work? I mean. We've got the money but... Do you really think anybody is going to show up to actually join the Guild? It's... Pretty crazy."

The cowboy Leman scratched his head even as he said it. He was tall, handsome, and unquestionably fashionable. Though in strange spirits today. He and his female had spent a great deal of money getting this Guild setup. Here's hoping it all works out I suppose.

"Of course I do Marcus. Cheer up! We spent thousands of credits just getting those invitations out to all the Lords and Regents around Cinnagar. The Announcement Ball tonight will be full of powerful and influential people from all over the planet. I'm sure we'll conjure up something. We always do. Chin up."

She smiled and patted down her dark blue uniform. Trying to look the part of an experience business woman and noble lady. She was too playful for the full effect however. Vanilla always came off as whimsical. Even in the most prestigious of tonight's luxurious outfits.

"Right. We sure do. Haha. ...So? You ready to go meet all the new Guild Members down in the Kitchen? We planned a separate party just for them, remember? ...We can wine-and-dine the politicians later. Let's just focus on saying hello to all the new people first. Okay?"

Vanilla nodded. Marcus was right. Cinnagar was an old fashioned world. Full of nobles, lords, knights, and all sorts of other fancy titles and opulent wealth. They could dazzle the spectators later. Right now she needed to get down to the Kitchen and see all the new faces that had shown up for the party. The Afternoon Members Event would be starting any minute. Best for the host to be present and accounted for.

"Right! Today the Guild is reopening for business. Yes! ...Let's go see who showed up looking for adventure!"

"At a' girl. That's the spirit. Come on. Don't let this old cowboy beat cha' down the stairs. Haha."

Marcus and Vanilla laughed and made their way down the long marble staircase towards the Kitchen. The Guildhouse and it's complimentary Estate were massive in size and scope. A legacy of a bygone era. It was time to see who else was taking advantage of all the free food and party favors going around today.

It was time to see who had shown up. 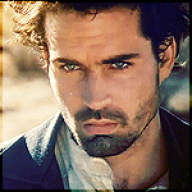 Milo was surprised he had come this far. The name, “Tyger Tyger,” seemed so innocuous the first time he’d heard its utterance, such a negligible mistake in the grand scheme of things. But then it came up, again and again, returning like a bad penny until now, months down the line, it was the name with which he was signing ledgers, entering contests…

Introducing himself to new people.

It was never something he’d planned, but he found that, the more he reflected on it, the more it bled into everything he was.

He was walking with his back to the future, tailoring adjustments to his past.

After dropping off his contribution to the potluck (a plastic tray of store bought sugar cookies, purchased 20 minutes before his appearance), Milo had departed from the kitchen. His sidekick was a giant, rotting rat person, and Milo was not one to subject others to such abuse when in polite company. Truth be told, it gave him the personal excuse to abandon the forced social situation, having long grown tired of the synthetic niceties of the “Meet and greets” reminiscent of the Imperial Military Ball.

Plate of food inhand, Milo wandered the hall of past glories, searching the faded pictures on a lark for anything resembling the Tyger Tyger that came before. Could he have contributed to any of these charters? Had he fetched these trophies, these artifacts? Which, of any, of these brown ghosts was he?

He froze, the sudden awareness that the whole time he had been looking for his father with tiger-stripes on his face.

Taking the fork sticking upright from a mass of purple yams on his disposable plate, he scooped some of the superfood matter into his mouth and chewed thoughtfully. 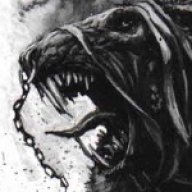 A party was one of the few places that it was most unwise to take a creature such as a Kaalonian too. A normal, reasonable person, would never be expected to take in the foul smelling beasts into their homes or any sort of get together. A normal Kaalonian had enough lice and vermin inside of it’s fur to infest a house if they were left to linger for too long. The duo of Tyger Tyger and Akk Akk were not only an unreasonable pair, but they were hardly ordinary for their respected positions.

Akk Akk was of the mutant subclass of Kaalonian and that put him on another level when it came to alien species not to take to social get-togethers. Not only was he two and a half times bigger than his normal kin but he had the distinct smell of rotting flesh constantly on him due to those mutations. While he didn’t understand it, he had tried to clean up as much of his loose flesh as possible prior to their arrival here so the hope was that nothing would fall off and leave a surprise on the ground or, worse yet, in anyone’s food or punch.

The concept of bringing food with him seemed entirely alien and he had initially planned to bring something from a dumpster but had been convinced otherwise by his companion. That had him nervous as he didn’t want anyone to think that he had brought Tyger Tyger along as his food option. The human was strange, very strange, to him but was also the only steady thing he knew of and would consider the alien a friend of his.

His eyes didn’t linger on any of the décor, too worried about his companion being viewed as some sort of meal choice as Akk Akk hadn’t supplied anything in the human’s stead. It had led to him being closer to Tyger Tyger than was perhaps expected by ether party and when his partner suddenly came to that halt, the large Kaalonian had been warily eying other humanoids who were looking over at them. The idea that they were looking at him didn’t cross his mind, he figured they were all trying to decide if Tyger Tyger needed salt.

So his form went right into the back of the smaller, stopped, human with his momentum only being stopped a step after the impact with his hands moving down to grab at his smaller friend so the Kaalonian didn’t push him into the wall. His large, clawed, fingers less worried about individual wounds or cuts they might cause from the action and much more concerned about banging Tyger Tyger into the wall.

Vanilla looked on with a sour pucker to her face. Squinting hard to distinguish between the sights and smells of the newest arrivals. One of the kitchen maids seemed equally as baffled by their appearance. Though, it was considered rude to stare,

A pet? Or a friend, or a sage, or a confidant. You never know with alien species these days. That rodent creature could be a Jedi Master for all Vanilla knew. Best to make pleasant introductions. She straightened her uniform and approached the pair,

"Oh my! Hello hello. Are you two gentlemen here for the Membership Dinner? I know adventure when I see it. ...And you two have adventure written all over you. Or..?"