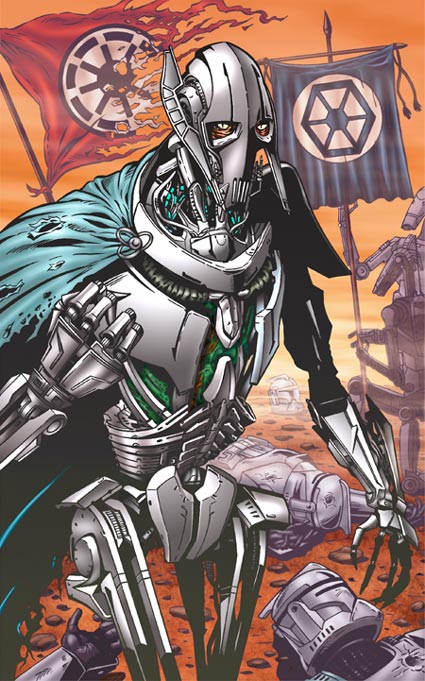 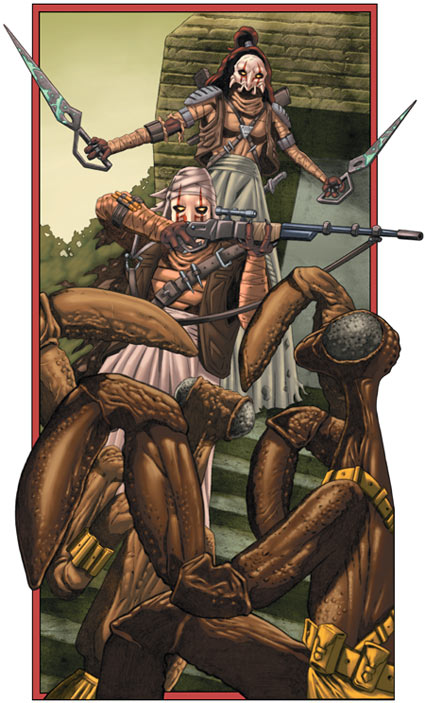 Though he would become known as the cyborg Sith Grenvatis, his story starts more simply, he began life as a organic Kaleesh under the name of Qymaen jai, a fierce warrior, during his birth his parents died and he had grown up the hard way, starving, his planet was already suffering from famine and war. The Huk presented a danger once again and everyone was fighting.

Grenvatis's caregiver saw the anger inside of him, and trained him to use a Slugthrower, Grenvatis proved more than once that he was more than an above average marksman, by the time the war was over he had over 200 Huk kills.

Grenvatis was soon sent on a mission, but a disaster happened on the mission and the ship was crashed on the trip, close to death, he was saved and put in a tube full of quick acting Bacta.

Two Grievous in one week!

Dear lord please no. The first one was scary enough D:

Character Bio
Yet another Grievous lookalike. /me sigh.

Fun fact. A PG-13 movie is allowed one non-sexual use of the "f" word. I am within that limit.

I Agree! Before any more arguments arise